"I expect not a lot of smiles from them, I’ll tell you that," said Eastern Washington head coach Aaron Best. 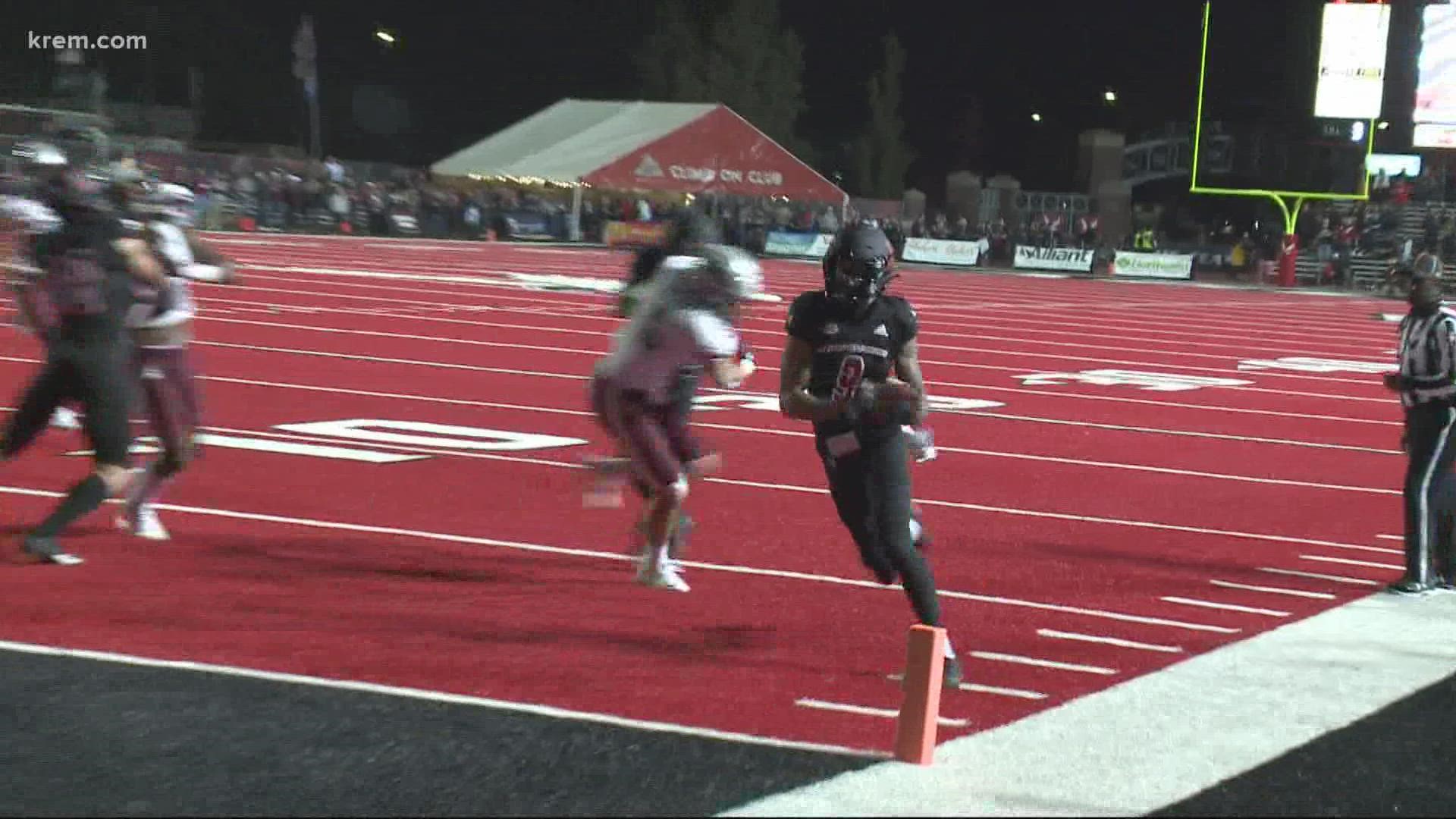 CHENEY, Wash. — Idaho and Eastern renew their rivalry on the red on Saturday. Since that rivalry was renewed in 2018, it’s been pretty competitive.

Moral of the story: There won’t be any love lost between Eastern and Idaho.

"I expect not a lot of smiles from them, I’ll tell you that," said Eastern Washington head coach Aaron Best.

"Our guys are always excited for Eastern. To get to go play your rival and they’re the number two team in the country? If you can’t be excited for that, then you probably shouldn’t be playing football," said Idaho head coach Paul Petrino.

When these two squads take each other on, you’ll notice their offenses look very different.

On the Idaho side of the ball, they’ll use two quarterbacks: Mike Beaudry and Zach Borisch. Beaudry can throw the ball, while Borisch is known for his running ability

"They’re more than capable. They’re dynamic in different ways. We need to be registering who’s in the game at the time they’re in the game because of what they do, respectively," said Best about Idaho's two quarterback system.

"In a sense, it kind of makes it easier because you know when #13’s in, he’s probably not going to throw the ball. You can focus all the stuff you learned in practice toward one thing instead of having to deal with everything," said Eastern defensive back Marlon Jones Jr.

Meanwhile Eastern’s quarterback position is very settled as Eric Barriere is on pace to take down both Eastern and the Big Sky’s career passing yard records.

Idaho’s strategy is simple: Keep Barriere off the field as long as possible.

"We've definitely got to control the ball and limit the amount of plays and number of possessions that they get, but in the process of us doing that, we’ve got to score points too," said Petrino.

And so Idaho will look to play spoiler on Saturday against an Eastern team that moved up to #2 in the polls this week.

"I’ve never been on a team this good before, like ever," said Jones. "I thought it was pretty cool just to see that, but obviously we want to get better and try to get to that number one spot."

Eastern and Idaho kick off at 11:30 on Saturday on Root Sports.