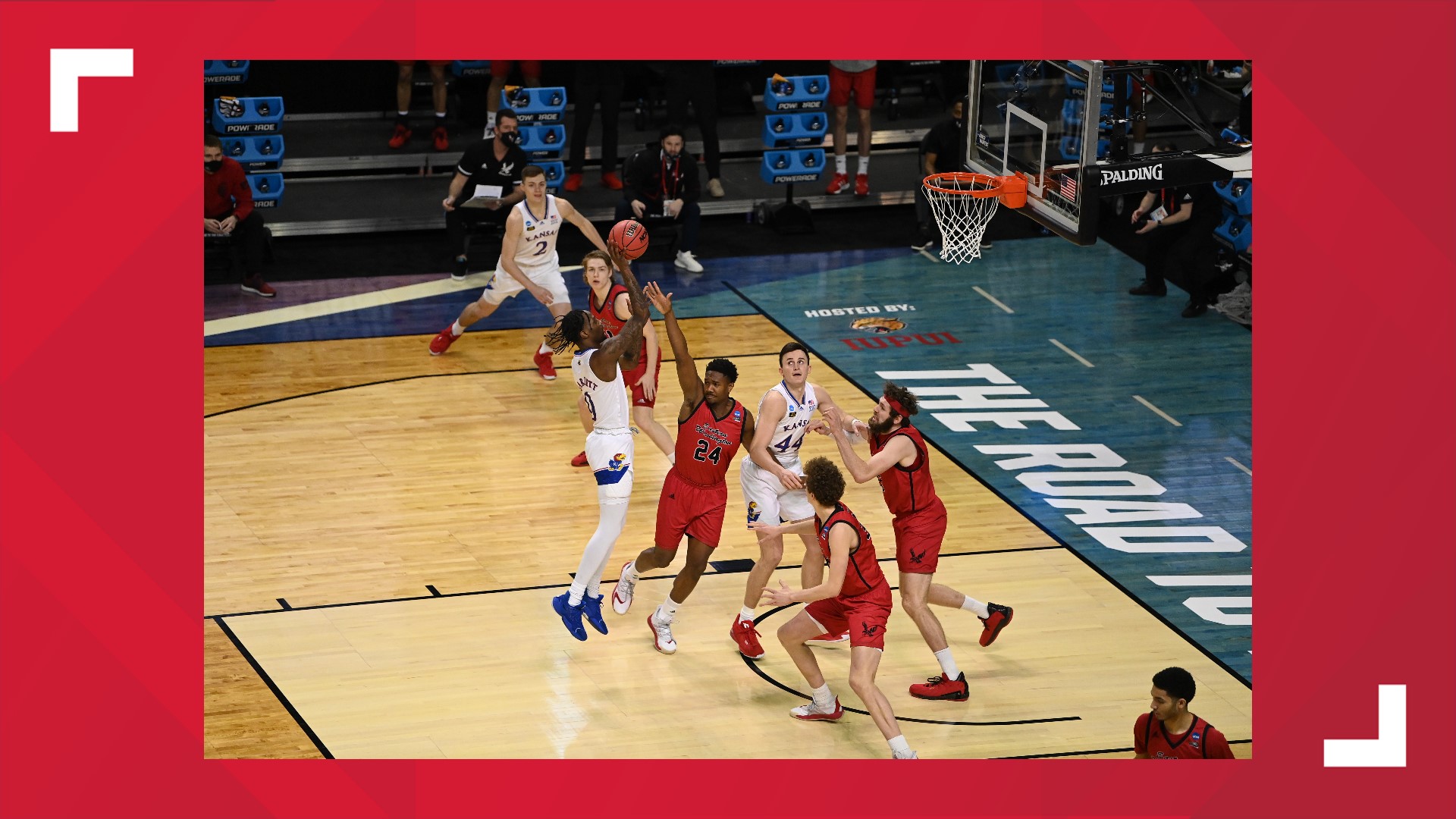 INDIANAPOLIS — Eastern Washington had the country believing they could pull off one of the biggest upsets of the NCAA Tournament by beating Kansas, but the Jayhawks had a strong second half to beat the Eags in the first round on Saturday 93-84.

The 14 seed Eags led  by as many as 10 points in the second half. Kansas shifted this game with both their offense and defense.

EWU was led by Spokane native and Shadle Park graduate Tanner Groves who scored a career high 35 points in this game. That is also the second most by a Big Sky Conference player in NCAA Tournament history.

His brother Jacob had a career high 23 points and added nine rebounds.

David McCormack had 22 points and nine rebounds in his return from COVID-19 quarantine and helped No. 3 seed Kansas rally from a 10-point second-half hole. Ochai Agbaji scored 21 points, Marcus Garrett fought foul trouble to add 20 and Dajuan Harris Jr. had 13.

According to EWU Spokesperson Dave Meany, fans can start lining up in their cars at 8:30 p.m. Saturday along Washington and lot P-12 above Roos Field. The team  is expected to arrive on campus at 9:15 p.m.

The school is asking fans to be parked by 9 p.m. and to remain in their cars to honk and cheer. No tailgating will be allowed allowed.  Fans are asked to respect social distance and wear masks if near others.

Eastern Washington may have lost, but the only seniors on this team are Jacob Davison and Jack Perry. They’re returning all of their best players and they will be the heavy favorite to win the conference and be right back in the tournament next season.

RELATED: EWU's Groves brothers thriving as each other's biggest fans on the court