'A night I will always treasure': Dick Vitale back calling basketball games amid cancer treatment

The crowd gave the longtime sports analyst who's battling cancer a standing ovation. 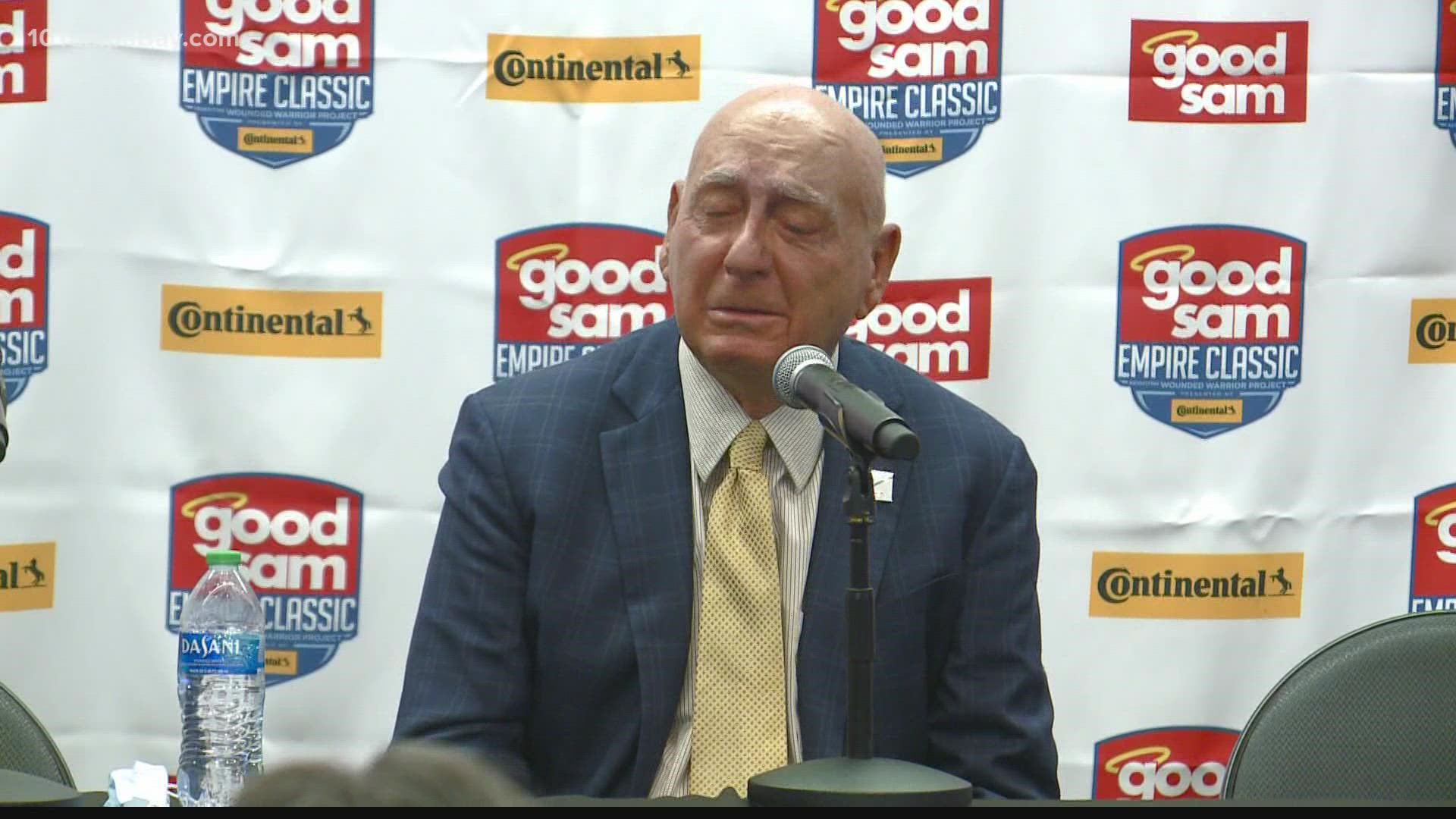 LAS VEGAS — It didn't take long for longtime ESPN broadcaster Dick Vitale to make his way back to the headset after his doctors approved him to return for his 43rd college basketball season, according to the sports network.

And what better time to get back to calling college basketball games than the highly anticipated matchup Tuesday night between No. 1 Gonzaga and No. 2 UCLA at T-Mobile Arena in Las Vegas.

Vitale, who has been documenting his journey through cancer treatments on his official Twitter account, said in a tweet Tuesday, "When told I had cancer at 82 on Oct 12 I thought my days behind the mic were over. I am thrilled to be joining Dave O’Brien on the call of GONZAGA VS UCLA ! 10 pm EST on @espn."

After the game, he tweeted, "It was a night I will always treasure." In more tweets to follow, the sports analyst shared how thankful he was for all of the kind messages.

We love you @DickieV! Six weeks after his cancer diagnosis the 82-year-old is courtside for the biggest college basketball game of the regular season. pic.twitter.com/yXqJIFxw8K

The crowd gave Vitale a standing ovation upon his return to the analyst seat during the Gonzaga vs. UCLA game.

Back in October, Vitale announced his second cancer diagnosis, unrelated to his prior diagnosis to remove melanoma, ESPN Front Row wrote in an article. He is now receiving treatment for his lymphoma diagnosis at Sarasota Memorial Hospital's new Brian D. Jellison Cancer Institute Oncology Tower.

It was mid-November when doctors gave him the green light to return to work.

"At this point and time in Dick’s medical care, we feel it is safe for him to travel," said Sarasota Memorial Hospital's Dr. Richard Brown, the medical oncologist overseeing Vitale's cancer treatment. "Although a cancer diagnosis can be challenging at times, with Dick and specifically his passion for sports, we feel it is best for him to continue doing what he loves most, calling games and being Dick Vitale."

Hitting the ground running, Vitale said he is already set to call a semi-final game Friday in Orlando and the championship the following Saturday.