Davison's Bag of Tricks: EWU guard can throw down some impressive dunks

Jacob Davison can dunk behind the back, between the legs, underneath the legs and more. 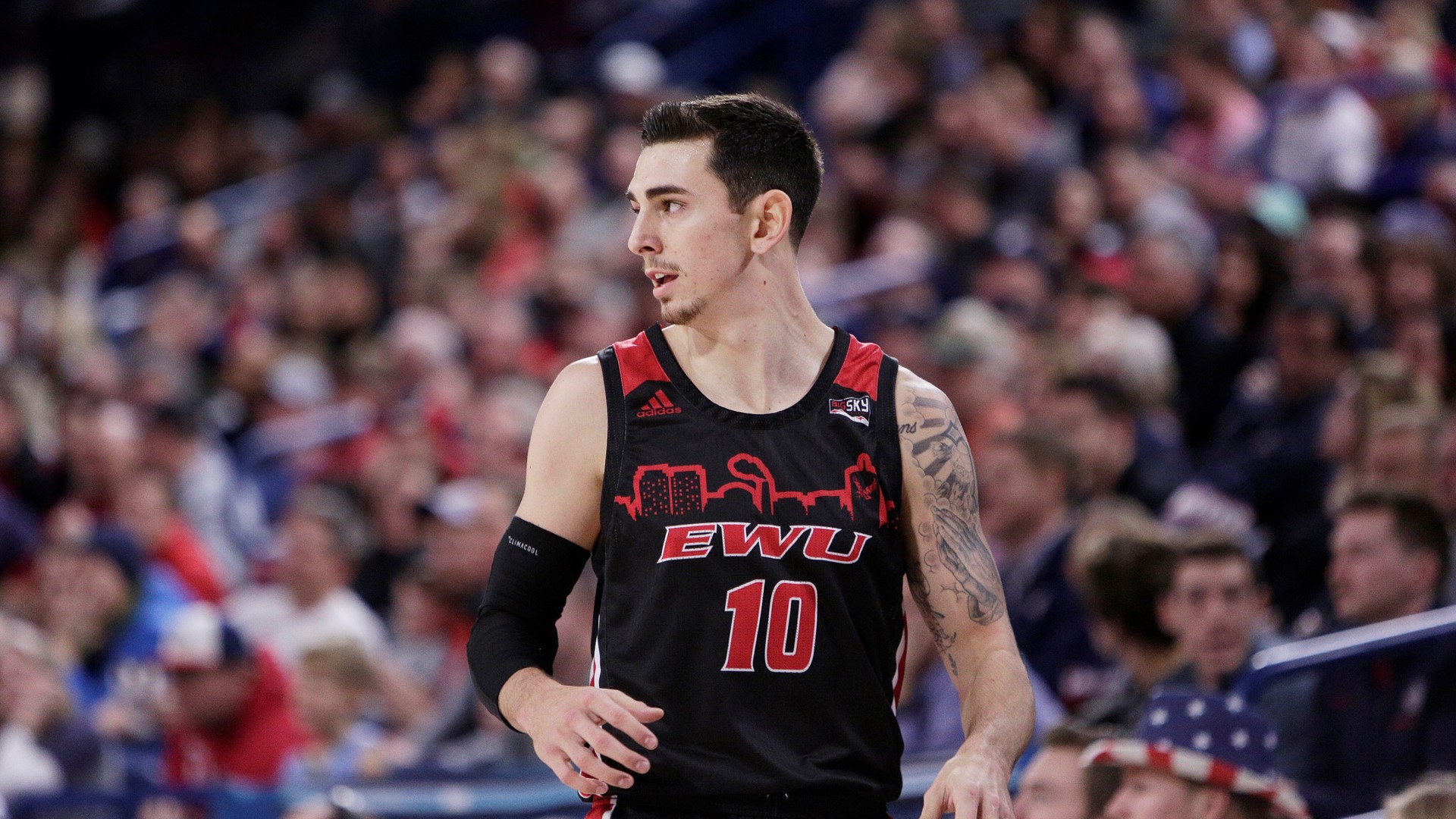 CHENEY, Wash. — If you've ever been to Reese Court before an Eastern Washington men's basketball game, you've probably seen the impressive dunks Jacob Davison can throw down.

He can dunk behind the back, between the legs, underneath the legs and more. He has a bag full of tricks, and makes sure to use it to get the crowd rocking.

"It usually gets people involved and hyped up for the games so I really enjoy that," Davison said.

It's not just the crowd that it gets going though, his teammates simply can't believe what all he's able to do.

"At first everyone gets hype, and then it's just disbelief like, 'What did he just do?' It's just unbelievable," guard Jack Perry said.

"He does these thing you hardly ever see," he said.

Davison could probably hold his own in the NCAA's dunk competition.

His dunking days go back to high school. Davison said his first dunk was a tip-in, but he counts it.

Since then, he has elevated it into what it is now.

On top of the dunking, Davison has been one of the best players in the Big Sky this season. He has won conference player of the week honors twice this season.