Corey Kispert will return to Gonzaga instead of going pro

Kispert's return means a lot to Gonzaga's hopes of winning a national championship. 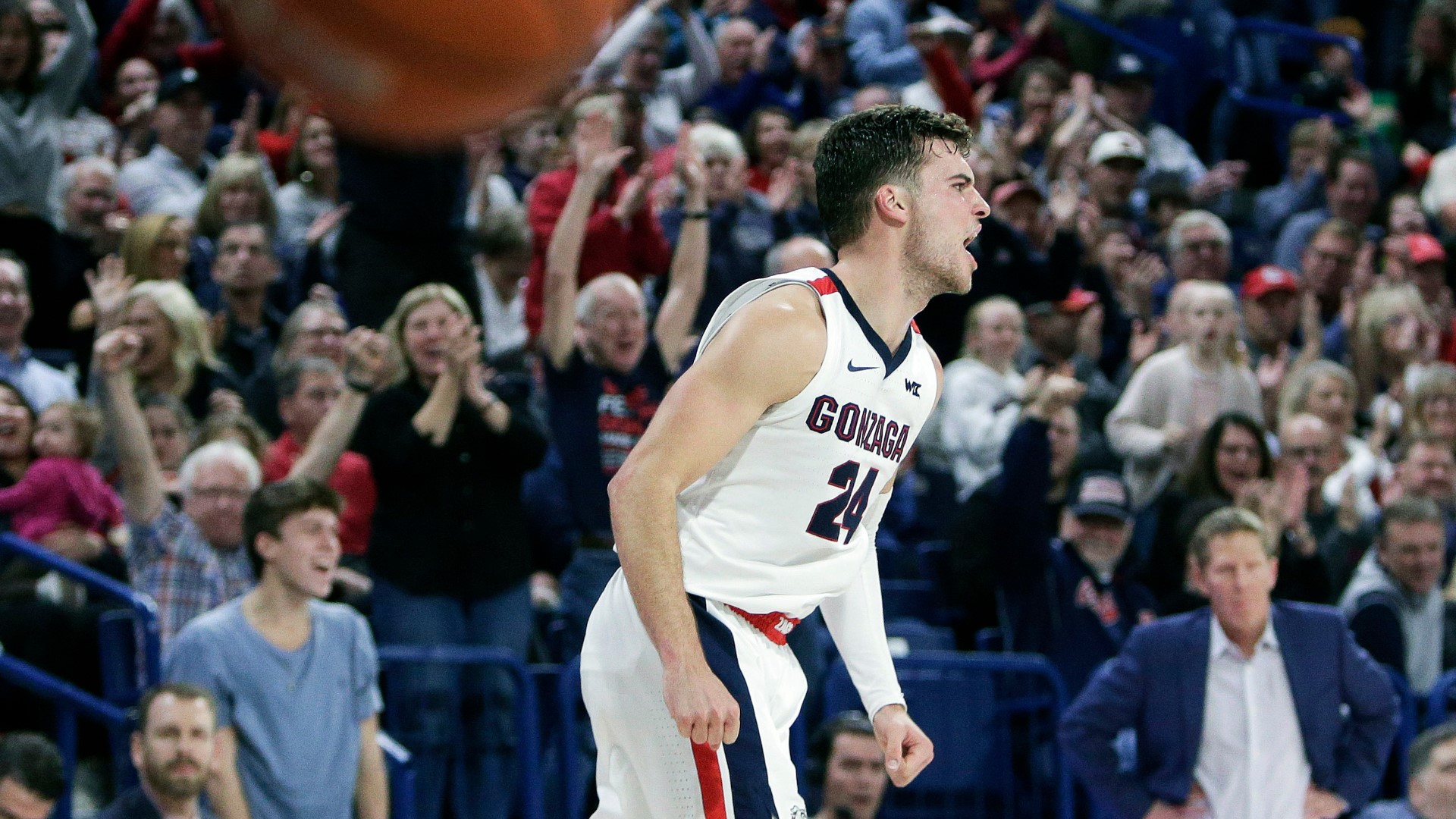 SPOKANE, Wash. — Gonzaga men's basketball forward Corey Kispert announced on Monday that he's returning to the Bulldogs for his senior season instead of going to play professional basketball.

He declared for the NBA Draft in April before withdrawing on the final day to do so. He told KREM that he didn't have his mind made up until last Friday, four days before the draft deadline.

"The feedback got better and better from NBA teams as time went on, which made it much harder. It was clear that if I really wanted to, and if I decided to go that way, I could’ve been an NBA player this next year," said Kispert.

With all of the uncertainty in the world right now, Corey says his choice boiled down to one simple, yet complex, thing.

"It kind of came down to just where I would be happier for the next year of my life. The team that we have coming back, the people who live here, the community, the friends and family that can come watch me play, all that factored into that decision. I think I’d be happier here, putting the NBA on hold for another year, and finishing my senior season," said Kispert.

Corey did tell KREM that he did not receive guarantees from any individual NBA teams that they would pick him, which made picking Gonzaga easier.

Another thing that factored into his thought process for this year? How last year ended.

"Not having the tournament this year was a big monkey on our backs, a big monkey on mine. I think about it every day. If we would’ve gotten that done and gone all the way, that would’ve changed things a lot," said the forward.

There is something that remained constant though through this year’s elongated NBA Draft process.

"Everyone that was around me was so supportive. I don’t think they felt like I owed them anything. That definitely wasn’t the message that was coming from them. I think that’s also part of why I came back was how supportive people were of me in my decision," said Kispert.

Kispert provides a big boost to the team's national championship hopes for next season. He was named to the West Coast Conference First Team last season.

He averaged nearly 14 points and six rebounds per game. He shot about 44 percent from three-point range too, which is a stellar number.

With Corey’s announcement, many people have tabbed Gonzaga as the favorite to win this year's national championship.

It does mean something to Corey right now that people see him as that important of a piece, but long term? Not much.

"It feels good to have all that work shine on the outside, but at the end of the day, you either get it done or you don’t. If people have us circled as national champions in August, that’s great, but no one really cares," said Kispert.

As for those national championship predictions?