'The last thing my camera & I saw before being tackled': UGA photo intern shares 'the' shot

She was hit by a player during the game on Saturday against Auburn. 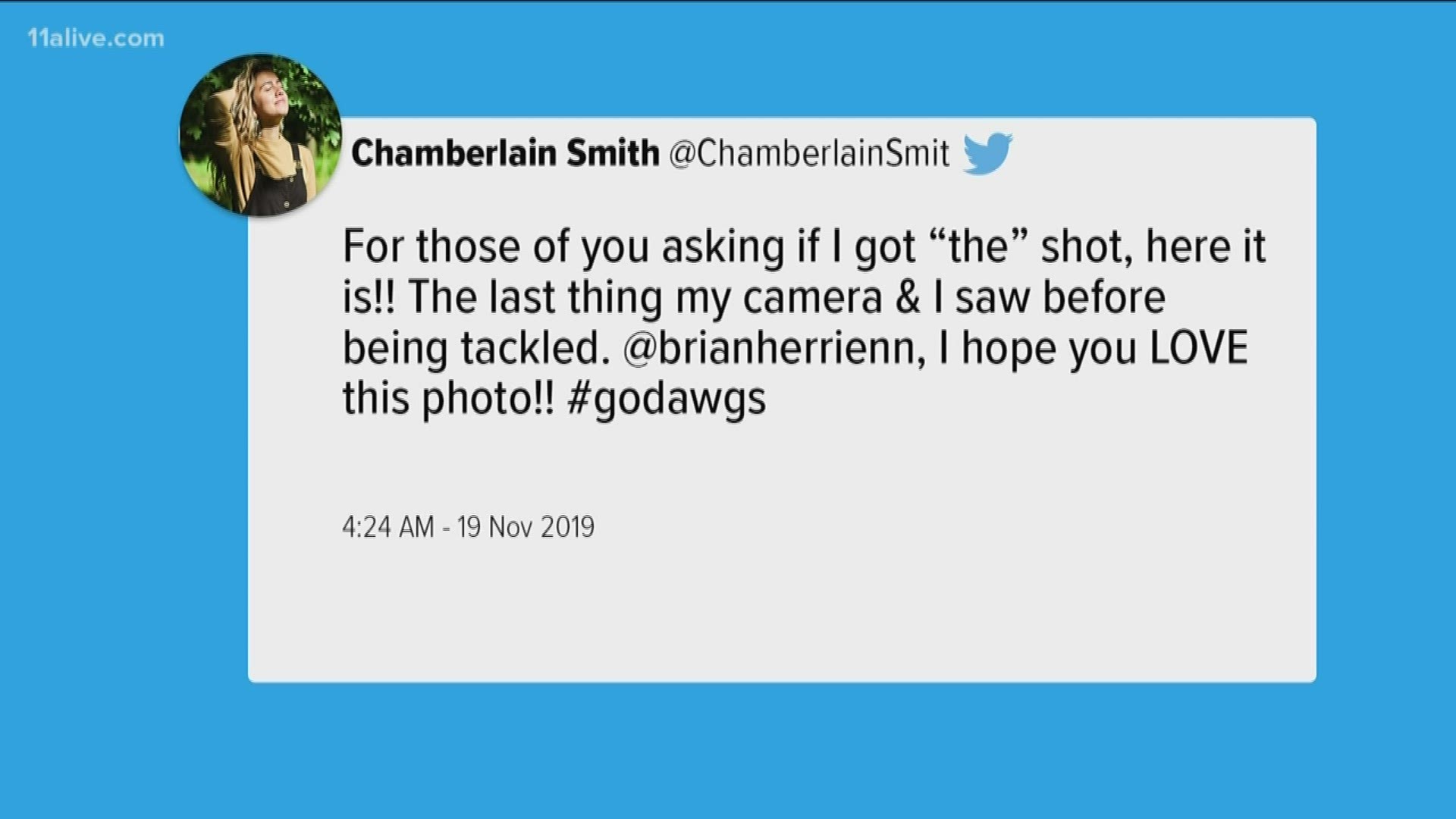 ATHENS, Ga. — The University of Georgia photographer who made headlines on Saturday for more than her photography talent, is finally sharing "the" shot.

Chamberlain Smith was sent to East Alabama Medical Center in nearby Opelika on Saturday, after being carted off the field following a play that sent Bulldogs running back Brian Herrien barreling into her several feet off the sideline late in the second quarter against Auburn.

Smith, a Georgia graduate and intern with the University of Georgia Athletic Association, was kneeling down to take a picture and appeared to get hit in the head by Herrien’s knee.

She said to Herrien in the tweet: "I hope you LOVE this photo!!"

His response was priceless.

The goat emoji refers to the phrase "Greatest Of All Time."

Smith updated her friends on Facebook and thanked everyone for their "overwhelming outpouring of support in the form of kind comments, messages & prayers!!"

Several people asked if she got "the" shot.

She responded on Tuesday and said: "For those of you asking if I got “the” shot, here it is!! The last thing my camera & I saw before being tackled."

She said on Sunday that although it was "very scary," she was glad to be walking away with nothing more than a concussion and some bruises.

She promised she wouldn't let the freak accident keep her away from photographing the games.

And here at 11Alive, we hope not -- because "the" shot is quite impressive.

Photographer hit in Georgia-Auburn game says 'thank you' for support, promises to be back on the sidelines