With the season cut to just 24 games because of the COVID-19 pandemic, the regular "season" was going to feel more like an extended training camp.

SPOKANE COUNTY, Wash. — Everyone knew the 2021 season was going to be unlike any Western Hockey League campaign we had ever seen. With the season cut to just 24 games because of the Covid 19 pandemic, the regular 'season' was going to feel more like an extended training camp and pre-season compared to usual standards. While the players would get the chance to develop, there would be no championships to play for, no playoffs and most noticeable of all, no fans to cheer the action. The Chiefs were going to have to play the shortened season with several players that ordinarily would be in a Chiefs sweater, notably Bear Hughes, Luke Toporowski and Lukas Parik all playing in the USHL, who had their season start over the winter and gave those 3 players more time to play and thus develop.

Who knows how much of an effect the changes and differences to this season have had on Spokane, but one thing is for sure; the club is off to its' slowest start in the win-loss department in team history. Seven games into the season and the Chiefs had yet to taste victory, the longest stretch of winless games to start a season in franchise history, which started in the 1985-86 season. The longest previous stretch was in 1998-99, when Spokane went winless in their first 5 games. That season was a forgettable one in Chiefs history, as the club finished last in the West that year. While Spokane had gone winless through 7 to start this year, the team was on the verge of breaking through as they had lost narrowly in overtime to Tri City and Seattle over the previous weekend. The Chiefs were at home for the week as they finished off a 4 game home stand against Tri City and Portland.

First up were the Americans, who had been Jekyll and Hyde between their home ice and on the road. While winning 4 of 5 at home, including 2 over the Chiefs, Tri City was 0-3 on the road; a streak Spokane hoped to extend as they hosted Tri on Wednesday. The Chiefs were still without defensemen Graham Sward and Mac Gross, who were still nursing injuries. Spokane was also without forward Ben Thornton, so the club was down a forward up front, going with only 11 skaters. The Chiefs seemed to be stuck in neutral to start Wednesday's game as Tri City out shot Spokane 17-7 in the opening twenty minutes. The Americans would take a 1-0 lead after one as Luke Zazula scored his second straight goal against the Chiefs in as many games late in the first. Spokane goalie Campbell Arnold made some big saves in the first though as he kept his club within one heading into the second.

The Chiefs would come out a different team in the second. Reed Jacobson took the puck behind the Tri City net and found an open Bobby Russell in the right circle. Russell fired home his first of the season at 3:40 to tie the game at one. Jacobson then took matters into his own hands at 6:19 as he scored on a back hand inside the right post for his third goal of the year to give the Chiefs a 2-1 lead. Spokane would extend the margin on their second power play of the period when Adam Beckman scored his 4th of the year at 8:22 to cap a 3 goal outburst. Tri City would cut the margin to 3-2 with 3:45 left in the period on Zazula's second goal of the night on the power play to make it a 1 goal Chiefs lead heading into the third.

Spokane would control most of the final frame, out shooting the Americans 8-4 in the period. Jacobson would score a huge insurance goal with under 5 minutes remaining to give the Chiefs a 4-2 lead. Eli Zummack would seal the win with his first of the year on an empty netter in the final minute and the Chiefs celebrated their first win of the season in game 8 with a 5-2 victory.  Spokane was out shot by 7 in the game, but went 2-4 on the power play and got 33 saves from Campbell Arnold to beat the Ams for the first time in 3 meetings. The club now had a little momentum to build on and they got ready to host back to back home games against Portland on Friday and Saturday nights. The Chiefs would go to Mason Beaupit in net for game one against the Hawks on Friday as he looked for his first win of the year. Spokane was still short handed with just 11 forwards to skate against a Portland squad that was once again deep up front.

The Winterhawks had dropped 2 straight coming in, but you wouldn't know it in the first period. Portland out shot the Chiefs 12-5 in the first and would score the only goal of the period when Mason Mannek's shot eluded Beaupit from out by the blue line 6:31 into the game to make it 1-0 Hawks after one. Beaupit knuckled down after that first goa as he seemed to grow stronger as the game progressed. Spokane had to kill off a Portland power play at the end of the first and into the first 30 seconds of the second period. As the Chiefs were successful in the penalty kill, Cordel Larson would feed the puck to center ice in time to hit a streaking Bobby Russell, who had just come out of the penalty box. Russell broke in on a breakaway and scored for the second straight game just 39 seconds into the period to even the game at one. Spokane would get one power play chance the entire game and that would come right after Russell's goal. The Chiefs would take advantage as Beckman scored for the second straight game at 3:14 to give Spokane a lead they would never surrender at 2-1. Spokane was badly out shot through 2 periods 28-14, but Beaupit's 27 saves kept the Chiefs on top.

The third period saw Spokane hold Portland to 8 shots on goal and the Chiefs killed off the Winterhawks only power play of the final 20 minutes to keep the lead. Larson would cap off a 3 point night with an empty net goal in the final 44 seconds to wrap up a 3-1 Chiefs victory. Spokane has now picked up a point in each of their last 4 games as they moved within 1 point of Tri City for 4th in the division and are 3 back of both Portland and Seattle for second. The Chiefs had the chance to move within one point of the Winterhawks with a second straight victory the next night at the Arena. Sweeping back to back games is always a difficult chore, and this would prove to be no exception for Spokane as the Winterhawks jumped out to a 1-0 lead on a Seth Jarvis goal just over 7 minutes into the game. The Chiefs were on the defensive for much of the first period and were out shot 15-10 in the period. Spokane would make a big play late in the first though, as Eli Zummack stole the puck and fed an open Adam Beckman, who scored his team leading 6th goal of the season with less than 2 minutes left to tie the game at one after the first.

Despite Portland controlling much of the first offensively, the Chiefs were all even on the scoreboard. The hopes Spokane would seize the initiative heading into the second would quickly dissipate as Jarvis would score his second of the game just over 3 minutes into the period to give Portland a 2-1 lead. The goal would start a 3 goal explosion in the first half of the period that put the Winterhawks up 4-1, a lead they would hold through the second. Portland out shot the Chiefs 18-6 in the period and looked to have a stranglehold on the contest. Spokane would have different ideas though beginning the third as the Chiefs put up 3 goals in the first 3:15 of the period to tie the game at four. Erik Atchison got things started with a rebound 56 seconds in to make it 4-2. Reed Jacobson would tip an Atchison shot at 1:30 to bring Spokane within one. Eli Zummack capped the comeback with a shorthanded goal, his second goal in as many nights against Portland, to get the Chiefs right back in the game.

Portland would answer though as a power play goal off a Chiefs forward net front at 6:49 gave the Hawks a 5-4 lead. The Winterhawks then scored again at 16:17 to make it 6-4 and when Simon Knak scored an empty netter with just 46 seconds left to make it 7-4, it seemed to seal the win for Portland. Back would come Spokane once again, as Ty Cheveldayoff scored his first career goal 10 seconds after Knak's goal to draw Spokane within 7-5. Rookie defenseman Chase Friedt-Mohr then scored right before the horn for his first WHL goal to get the game to 7-6, but time ran out on the Chiefs as Portland hung on for the 7-6 victory. The Chiefs put up a season high 5 goals in the third, but it was too little, too late for Spokane as the club fell 3 points out of 4th place in the U.S. Division. The team was badly out shot in Saturday's game, as Portland put up 48 shots on net while the Chiefs had 29. Spokane gave up a season high 2 power play goals to the Winterhawks, while generating only 2 power play chances themselves.

The Chiefs turned the corner in a number of areas over the course of the week, the most important being finally getting in the win column. Spokane picked up points in 4 straight games before the one goal loss to Portland, so the confidence level of the group is growing. With just under a month left in the season and 14 games left to play, the time is now for the Chiefs to take the next steps in progressing individual development and team success. A good test is a road trip and that's exactly what is waiting for the club as they hit the road for 3 straight games this week. The journey will start at first place Everett Tuesday at 7:05 pm. The Chiefs will then get a rematch at Portland on Wednesday at 5:05 pm, and then the road trip will finish with a 6:05 pm contest Saturday at Tri City. I'll have the call on 103.5 the Game and 1510 KGA beginning with the pre-game shows a half hour before game time. Let's hope the Chiefs keep improving and I hope to see you on the radio! 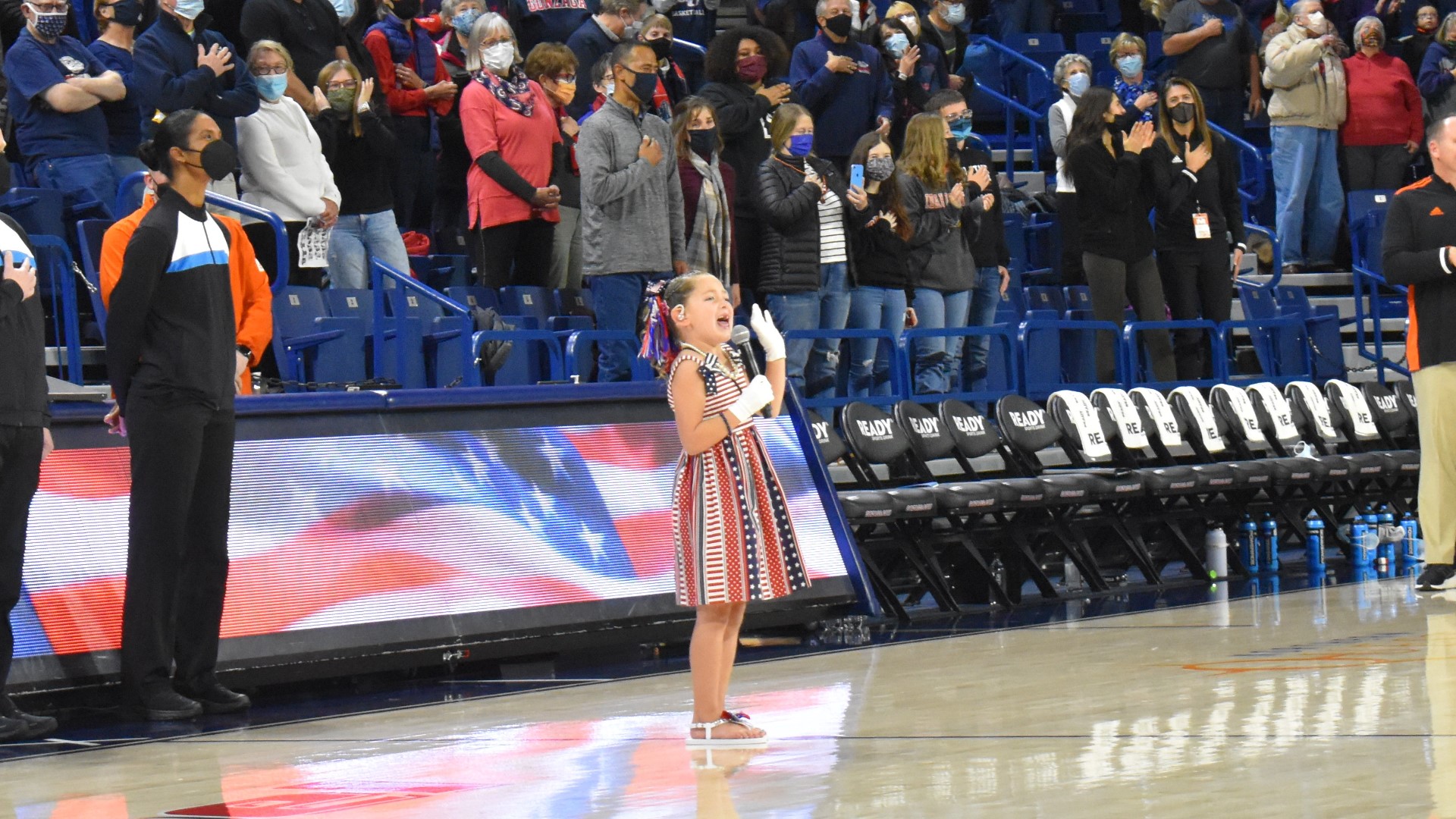