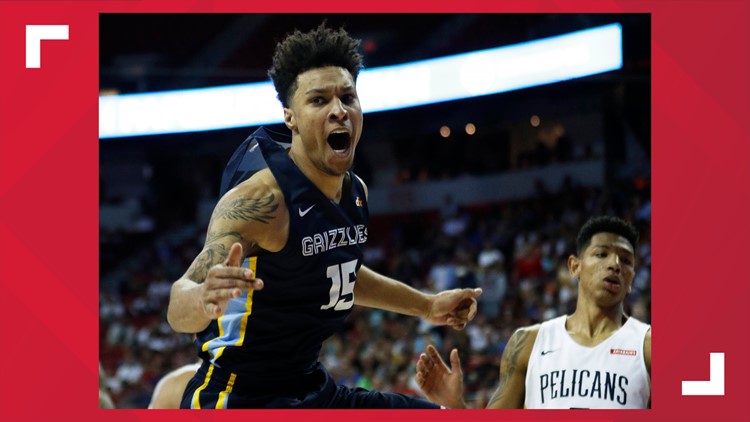 The Grizzlies were down 81-78 late in the fourth quarter when Harvey pulled up for a three-pointer and drilled it. That tied the game at 81 with 3.1 seconds left in the game.

Harvey finished the game with 13 points.

In overtime, with about 10 seconds to go with the Grizzlies trailing 86-85, Clarke put down a double-pump dunk to give his team the lead at 87-86.

Clarke finished with 23 points and 14 rebounds in the win.

The championship game is tomorrow at 6 p.m. and can be watched on ESPN.