Check out a full list of winners, a record-setting performance and a photo gallery from the 43rd annual Bloomsday. 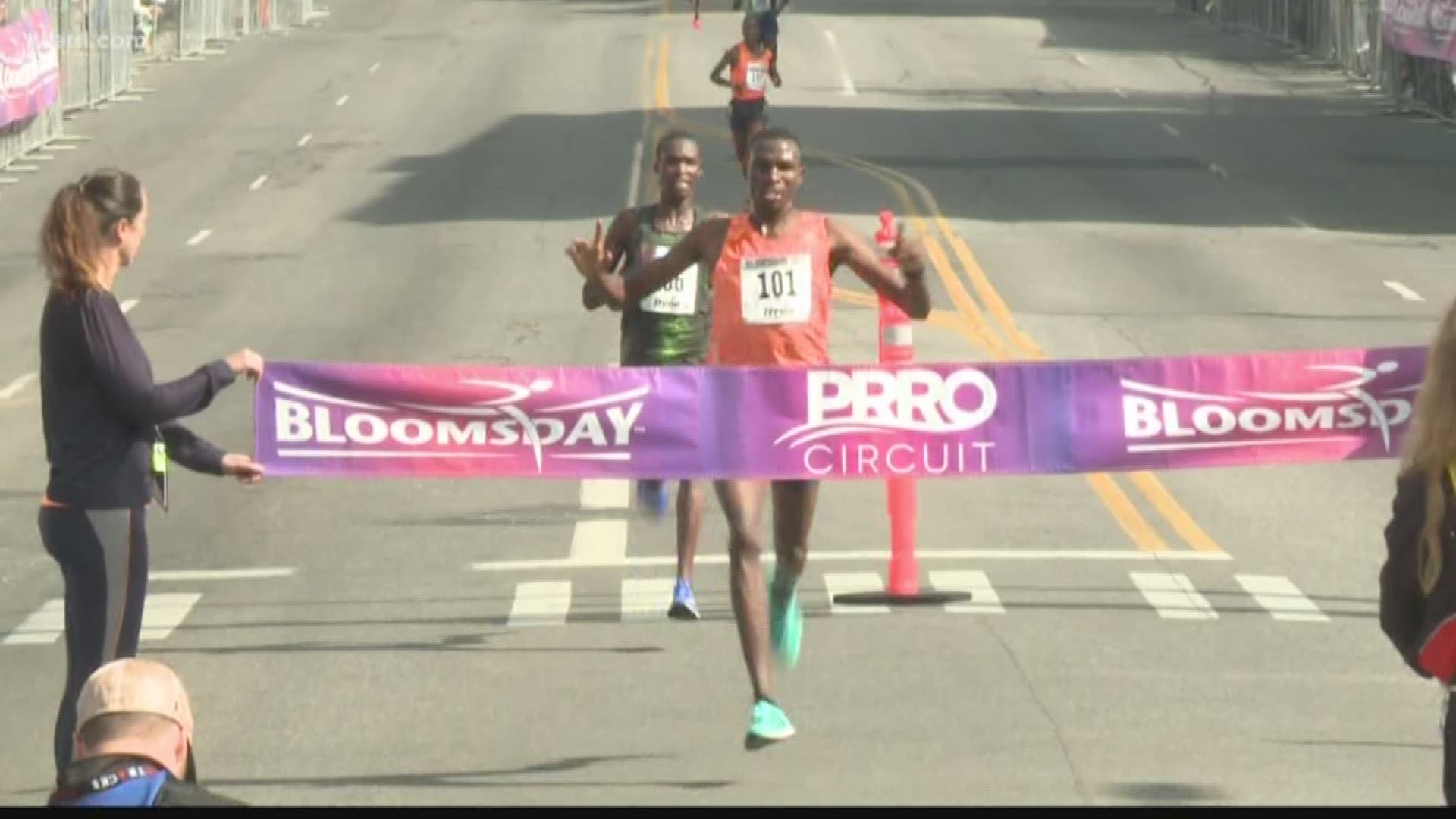 SPOKANE, Wash. — Bloomsday came to an end on Sunday as tens of thousands of people participated ran the 43rd annual race through Spokane.

The 38,541 Bloomies who signed up for the 2019 Lilac Bloomsday Run enjoyed 70-degree temperatures and sunny skies during the race.

This was the last race overseen by founder Don Kardong, who is retiring as director.

Susannah Scaroni from Tekoa, Wash. won the Elite women's wheelchair race and set a new Bloomsday record in the process.

Scaroni's 29:58 was the third fastest time of all wheelchair racers and set a new course record, surpassin Tatyana McFadden's record of 30:42 set in 2015.

The Elite men's wheelchair race was won by Aaron Pike, who finished almost two minutes ahead of runnerup Krige Schabort. Pike's time was 27:34.

Pre-race favorite Buze Diriba wasn't able to mount a challenge this year, as she finished sixth, just a second ahead of top American Maggie Montoya of Boulder, Colorado.

Geay was the 2017 Bloomsday champion and placed 13th last year.

Next year's Bloomsday Run will be held on Sunday, May 3.

1 / 31
KREM
A team of Canadian runners preparing for Bloomsday

This year marked the last Bloomsday with founder Don Kardong at the helm.

RELATED: Bloomsday participants reminisce on what motivates them to run