Stanford women's basketball guards Lexie and Lacie Hull are thrilled their team is moving on to the Final Four. Now they want to win the title. 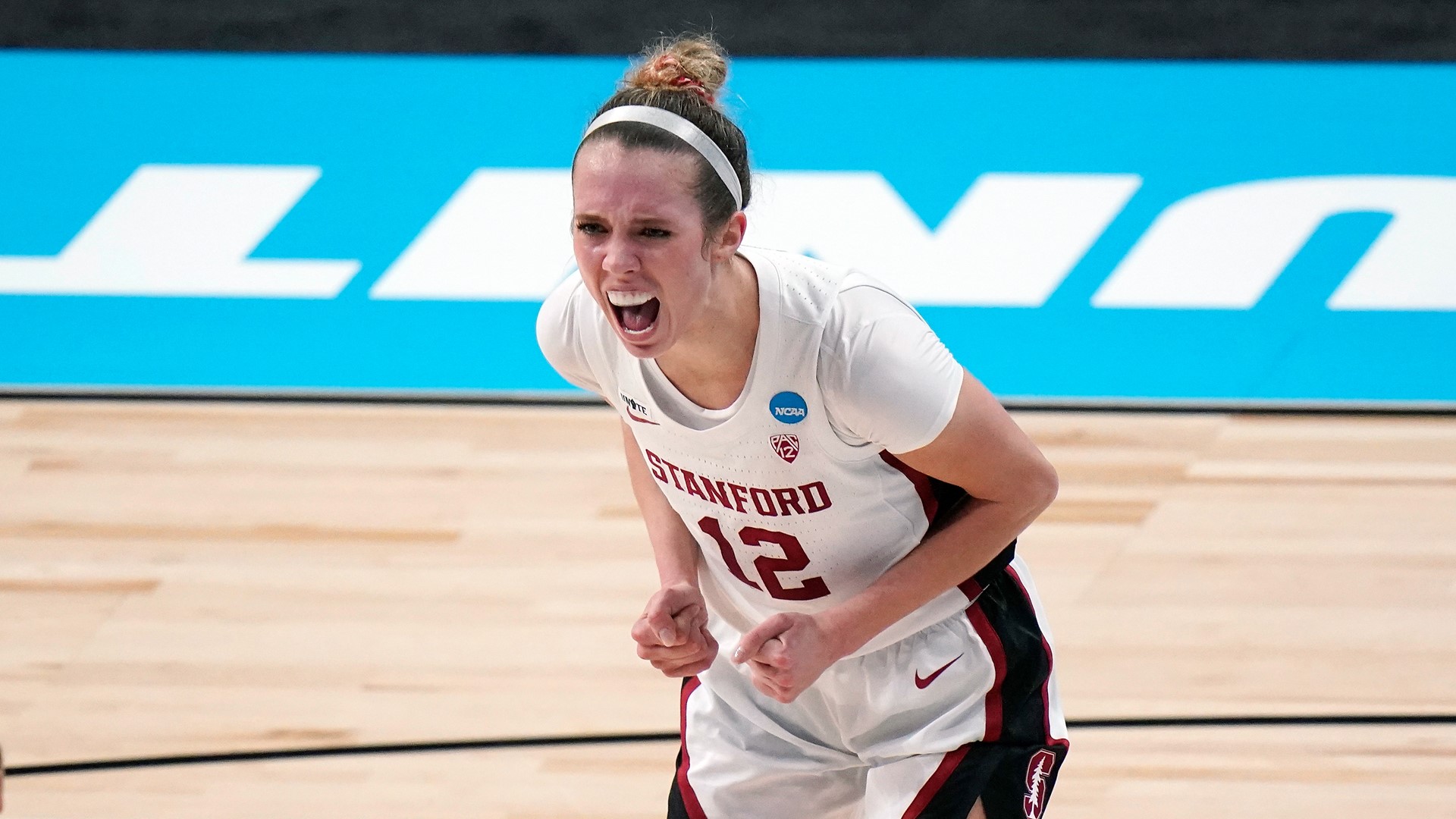 SAN ANTONIO — Spokane natives Lexie and Lacie Hull are excited to play in the Final Four with their school Stanford on Friday.

The Cardinal overcame a double digit deficit to beat Louisville in the Elite 8 on Tuesday to advance in the NCAA Tournament.

"It's just one of the best feeling I've ever had," Lacie Hull said.

Her twin sister echoed those thoughts.

Lexie put on quite the performance as she had 21 points and nine rebounds in the win.

As the confetti fell, they said it was unlike anything they've ever experienced.

"It was just different, winning was like, it just meant to much more going somewhere we haven't been yet," Lacie Hull said.

The Central Valley products made it to the Elite 8 their freshman season, and the tournament was canceled last season. They aren't taking anything for granted with a championship on the line. They just want to win two more games.

"I think whoever wins the national championship this year is whoever outworks and out-competes their opponent and I truly believe that we have that in our team," Lexie Hull said.

As they keep marching on to their ultimate goal, they are thrilled to have Spokane's support.

"I think it's one of the most supportive and loving cities in the country," Lexie said."I'm so happy we are from there and have that support system."

Lacie is appreciative too.

"So many people there have reached out and shown support and there are others who haven't but they do," she said. "It's so great to have that feeling of a support structure from Spokane and I'm so grateful for it."

The Hull twins and Stanford take on South Carolina in the Final Four on Friday at 3 p.m.

The game will be televised on ESPN.

Spokane natives Lexie and Lacie Hull on to the Final Four with Stanford. https://t.co/Q4gK2sV9wc