'I just wanted to beat my sister and my brother': Santangelo family competes in virtual Hoopfest

All five members of the Santangelo clan competed individually in the first day of virtual Hoopfest on Thursday. 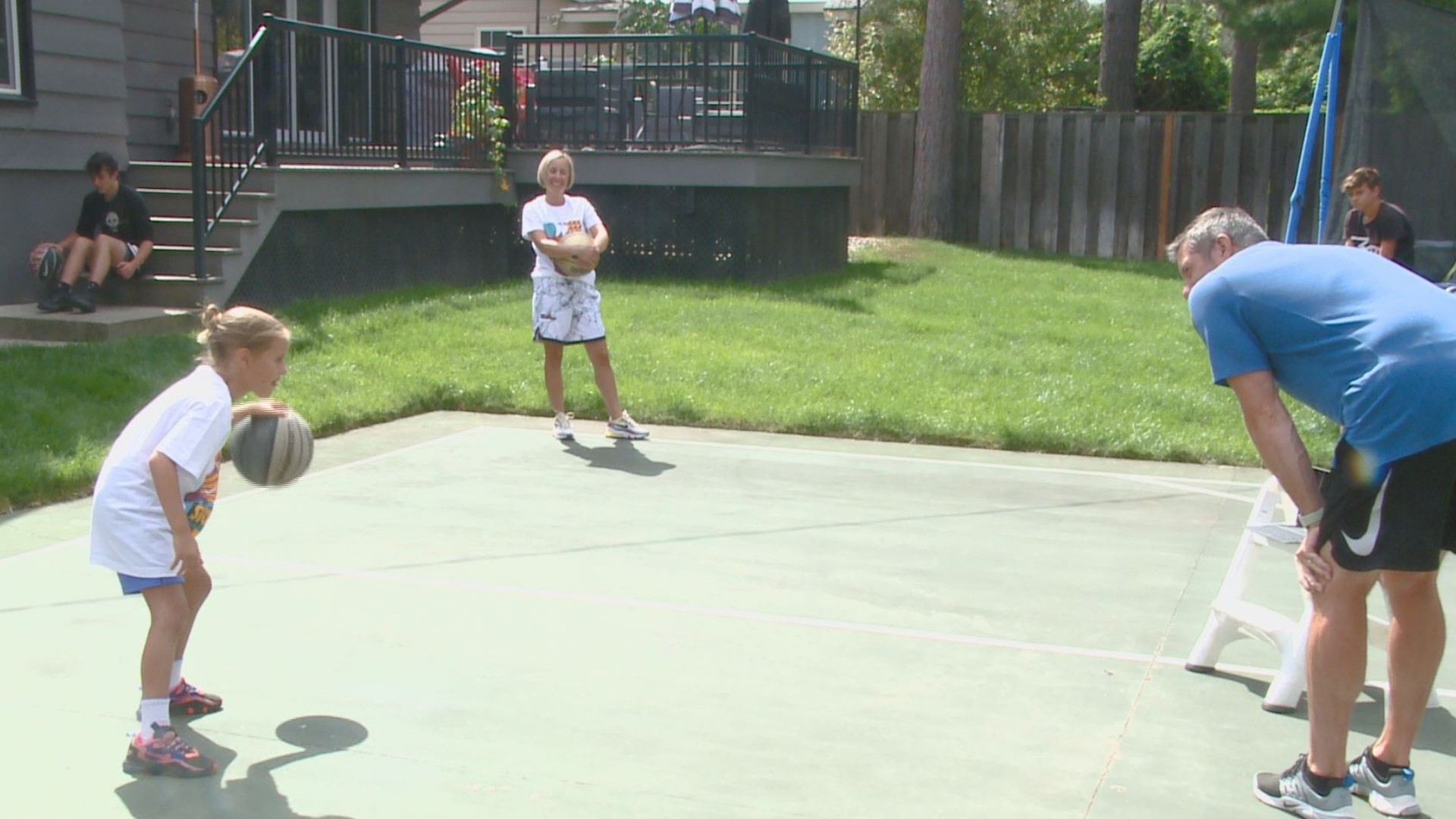 SPOKANE, Wash. — Normally the Santangelos are pulled in about five different directions during Hoopfest weekend. Quite literally, because there are five of them.

“Today was so much fun because it's the first time we've ever been able to do Hoopfest like this,” said Hoopfest executive director Matt Santangelo.

Hoopfest this week is happening in the Santangelo’s backyard and a lot of backyards around the Inland Northwest.

The event has gone virtual courtesy of the Homecourt app—an app that lays out challenges for participants to complete.

“The app is really cool,” said Matt’s oldest son, Calvin. “The way that you can stand in front of the camera and it can focus on the ball and see where the ball is. It tells you what you're doing wrong and what you're doing right and how to fix everything.”

“I felt like I was playing a game because of how active it was and how far you have to move to reach some of the targets,” said middle child, Luca.

“Yeah, it was fun. Usually I'm watching my brothers, but it was fun doing it and participating in it,” said the youngest, Stella.

There aren’t many moments the Santangelo family is together during the traditional Hoopfest weekend, as dad, Matt, runs the event and mom, Cathy, has to keep track of her two boys’ teams’ schedules. Next year, she’ll add her daughter Stella’s schedule as she’ll be old enough to play.

Thursday was certainly different for the clan, but there were silver linings to it.

“The fact that we did it as a family and I went in afterwards and looked at the leader boards-- Not that this is competitive, but it's fun to have something where there's someone's name at the top of the leader board at the end of the day, and we’ll be able to promote that. I think once people see that interaction like, ‘Oh my gosh, I got 100 points on whatever drill like, I think I can do better.’ Or ‘Oh my gosh, so and so is ahead of me on the leader board. I think I can do better.’ That kind of interaction is what we've been missing,” said Matt.

“I just wanted to beat my sister and my brother,” chimed in Luca with a grin.

Competition, and Hoopfest, is something that is ingrained in the Santangelo’s DNA.

Although they enjoyed the first day of virtual Hoopfest, they now also have a new appreciation for the physical event and what next year’s event could hold.

“I'm looking forward to it a lot and to play my friends,” said Luca.

“I missed it a lot this year. That's one of my favorite weekends of the whole year,” said Calvin.

When asked how much she’s looking forward to competing in her first traditional Hoopfest next year, Stella summed it up with two words: