The 2020 Spokane Indians season ended before it even began

Things could look a lot different next year with the Spokane Indians hit the field. 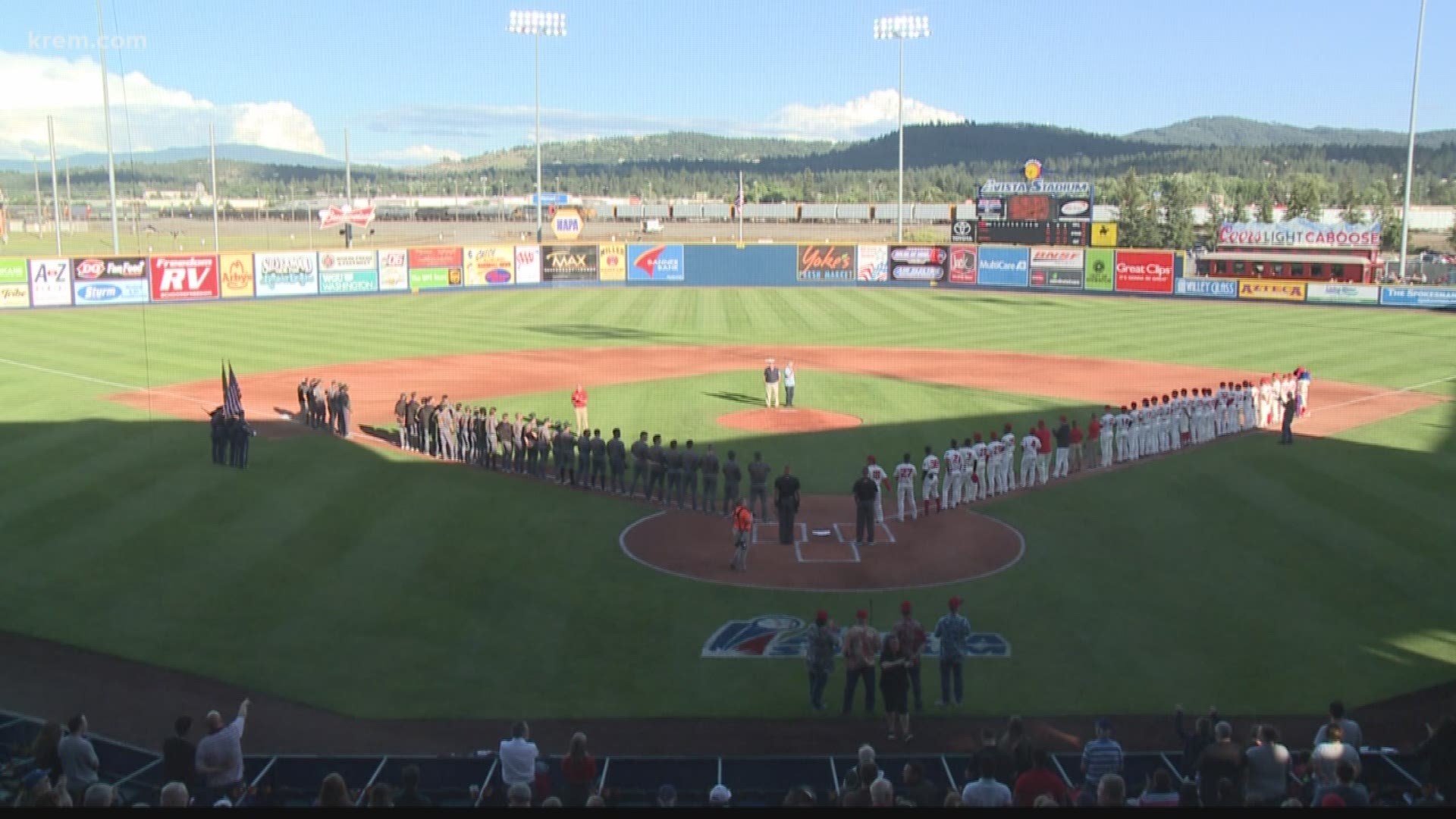 Editor's note: Above video is a previous story with a Spokane Indians seasonal employee about the potential of the season being canceled.

SPOKANE, Wash. – As I look back at the picture attached to this story, it brings back some fond memories of the Indians 2019 season. The club had just clinched the second half title of the North Division of the Northwest League, the first time an Indians team had done that since the split season format was instituted in 2010. The club was on its way to the playoffs for the fourth time in five seasons as Spokane had built a consistent presence in the post season. Even though the team fell short in its bid for a league crown, I was really looking forward to the 2020 season and what players the parent club, the Texas Rangers, would send to the Indians this year.

Then came March and the entire shut down of the sports world from the novel Coronavirus. When the shut down started with the NBA on March 11th, every major sport soon followed. The Chiefs saw their quest for a WHL crown come to a halt on March 12th. I can distinctly remember saying that despite hockey being shut down, short season baseball would start for sure in June. There was no way this virus would shut everything down for over 3 months. Well, that prognostication turned out to be way off base. With MLB's 2020 season cut down to just 60 games that will begin later this month, the minor leagues became a casualty.

This season was going to have a bit of a cloud over it anyway, as the on again, off again negotiations between Major League Baseball and Minor League Baseball had been contentious at best. The Majors had made an initial offer in the fall of 2019 that would eliminate short season A ball and ax 42 minor league clubs across all classifications. MLB would take control of the Minor leagues, rather than the Minors entertaining possible suitors and picking who they would align with at the Major League level. The proposal was presented in such a way that some minor league executives and owners saw it as an ultimatum rather than a first offer, and the proposal was leaked to the media for all to see. The leak infuriated the powers that be at the Major Leagues, including Commissioner Rob Manfred. Negotiations between MLB and MiLB went from bad to worse over the course of the Winter Meetings in December.

Negotiations were pretty much at a stand still when the novel Coronavirus shut down arrived in March. In the first proposal that was outlined in a Baseball America article in the fall, the Indians' league, the Northwest League, would survive with six of the eight clubs playing in a long season league running from April into early September. Spokane, Boise, Everett, Vancouver, Hillsboro and Eugene were to form the new league, while Tri City and Salem-Keizer would be eliminated by MLB. This is the current alignment heading into 2021 if there is no change to the negotiations. The tough part for the minors right now is MLB holds all the cards in this back and forth. The majors could come to the minors tomorrow and say, "We're going in a new direction and dropping all of the current minor league teams and starting our own minor league system." Of course, MLB would come to minor league cities like Spokane and ask if they'd want to be a part of the new set up. What is Spokane, or any other city for that matter, going to say? Nah, we'll go with some Independent league instead?

This is the situation the Indians could easily be facing going into next year. MLB wants to make the minor league affiliates a little more geographic to their parent clubs, so after a 17 year relationship with the Texas Rangers, Spokane will have a new Major League parent club next year. It will be an adjustment for yours truly, as the Rangers and their staff are the only ones I've worked with during my tenure with the Indians. I've gotten to know a number of them, and always enjoyed my dealings with the Rangers staff. I will truly miss seeing their familiar faces in the clubhouse, on the bus, and on the field. Texas was very good at sending not only quality players, but fine young men to Spokane. Over 80 of them have made the Major Leagues since the Rangers came to Spokane in 2003, which is a huge number to make the Majors from short season A ball in that period of time. There will be more to follow in the near future as well.

With the minor league season officially on the shelf, the Indians, along with the other minor league clubs who will survive the MLB plan going forward, will now prepare for next year. The bargaining agreement expires at the end of September, so getting a new agreement between the minors and majors will become the top priority for the minor league clubs. Once in place, the clubs will begin seeking their affiliates for next spring. For Spokane, that means bringing in a west coast club that is geographically close. If history is any guide, the natural choice is the Los Angeles Dodgers. The Dodgers enjoyed a tremendous run as the AAA affiliate in Spokane from 1958-72, and many Indians fans who watched the team during that era are Dodger fans to this day. If the new agreement is any reflection of the proposal set forth in the fall, the Dodgers will lose their short season A Pioneer League affiliate, so picking up a long season A team in the West is a natural fit. The prospect of the Dodgers back in Spokane would excite many fans in this area.

Two other teams with previous history with the Indians could also end up in Spokane. The San Diego Padres were in Spokane from the late 80's until the mid 90's, having an incredible run of seeing Indians teams win four straight Northwest League crowns from 1987-90. The Padres Northwest League affiliate in Tri-Cities is on the chopping block, so the Pads could make the move up 395 for a Spokane reunion. San Diego's farm system was named the best in the Majors this past season, and Tri-City came within a game of winning the Northwest League title in 2019 after beating Spokane in the North Division playoffs. There's no doubt the Padres would be an attractive team in Spokane with their farm hands.

The Los Angeles Angels are another club in the running. The Angels were briefly in Spokane in the early to mid 80's before going to Salem and Boise for successful runs until 2000. LA has been in the Pioneer League in Ogden since then, but with the Pioneer League due to be eliminated, the Angels could be a real possibility for Spokane. The Colorado Rockies are lined up in Boise, the Arizona Diamondbacks in Hillsboro, and the Seattle Mariners in Everett. That leaves Vancouver, Eugene and Spokane with openings. The San Francisco Giants will leave Salem-Keizer if the Volcanoes are eliminated, while the Chicago Cubs will probably look to leave Eugene for a destination more favorable geographically. Vancouver has had a great relationship with Toronto, but that may change as the Blue Jays may look to move their long season A team back east. The Oakland A's were in Vancouver for over a decade before Toronto came to Vancouver in 2011, so that partnership could be back in play once again.

With all of this in mind, Spokane's next Major League club will probably come from the Dodgers, Angels, Padres, or possibly the A's or Giants. It's way too soon to tell who the next team to send players to Spokane will be, but it will prove to be an interesting off season for sure. It's just a shame that there will no baseball for the fans to watch in Spokane for the first time since 1957. There will be a lot of changes on and off the field for the Indians next year. With the way things are going with COVID-19, fans, players, and staff alike will just be happy to have a season in 2021! 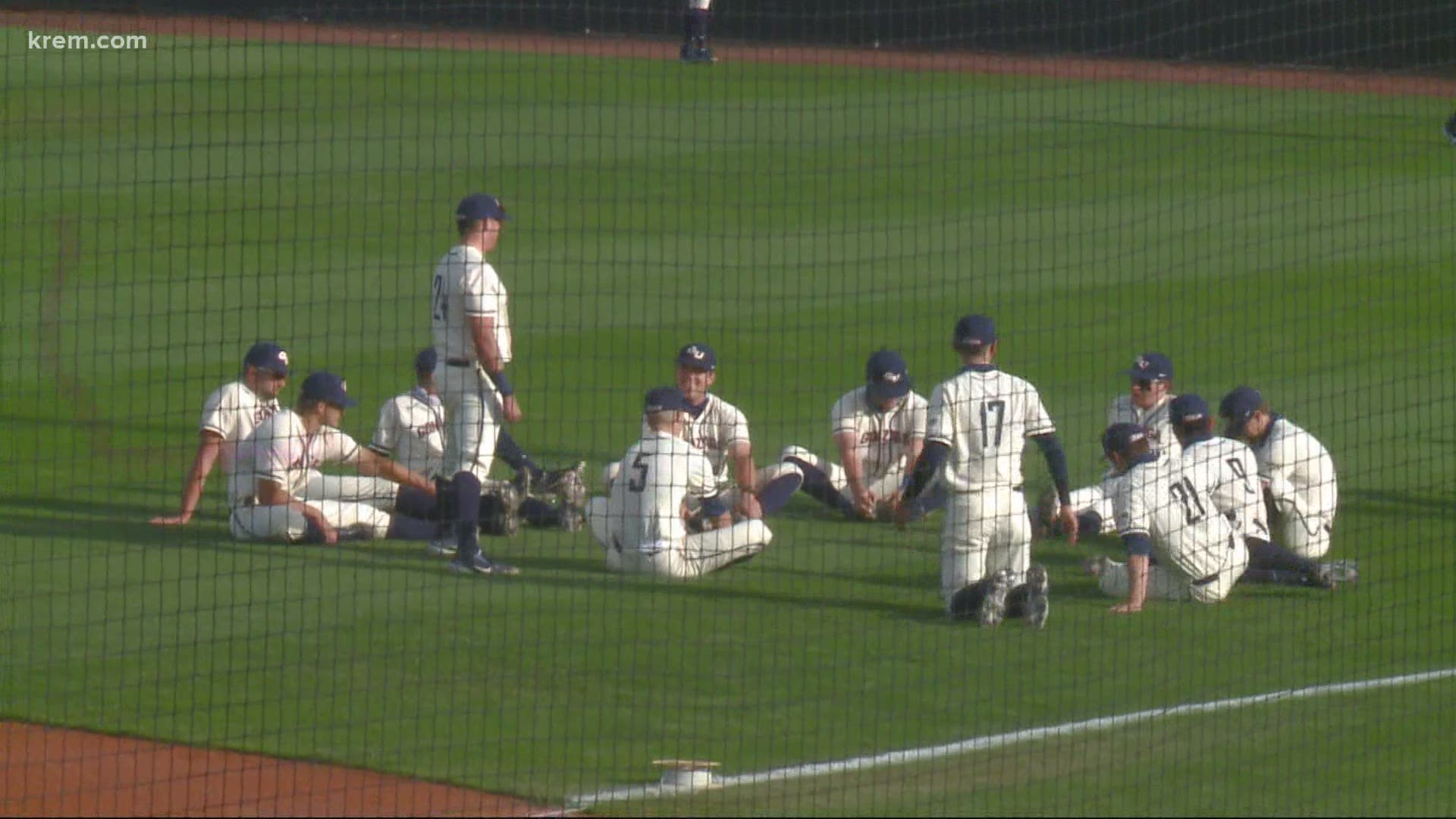