The Washington State offense should have no trouble putting up its usual numbers. The defense might have some issues. 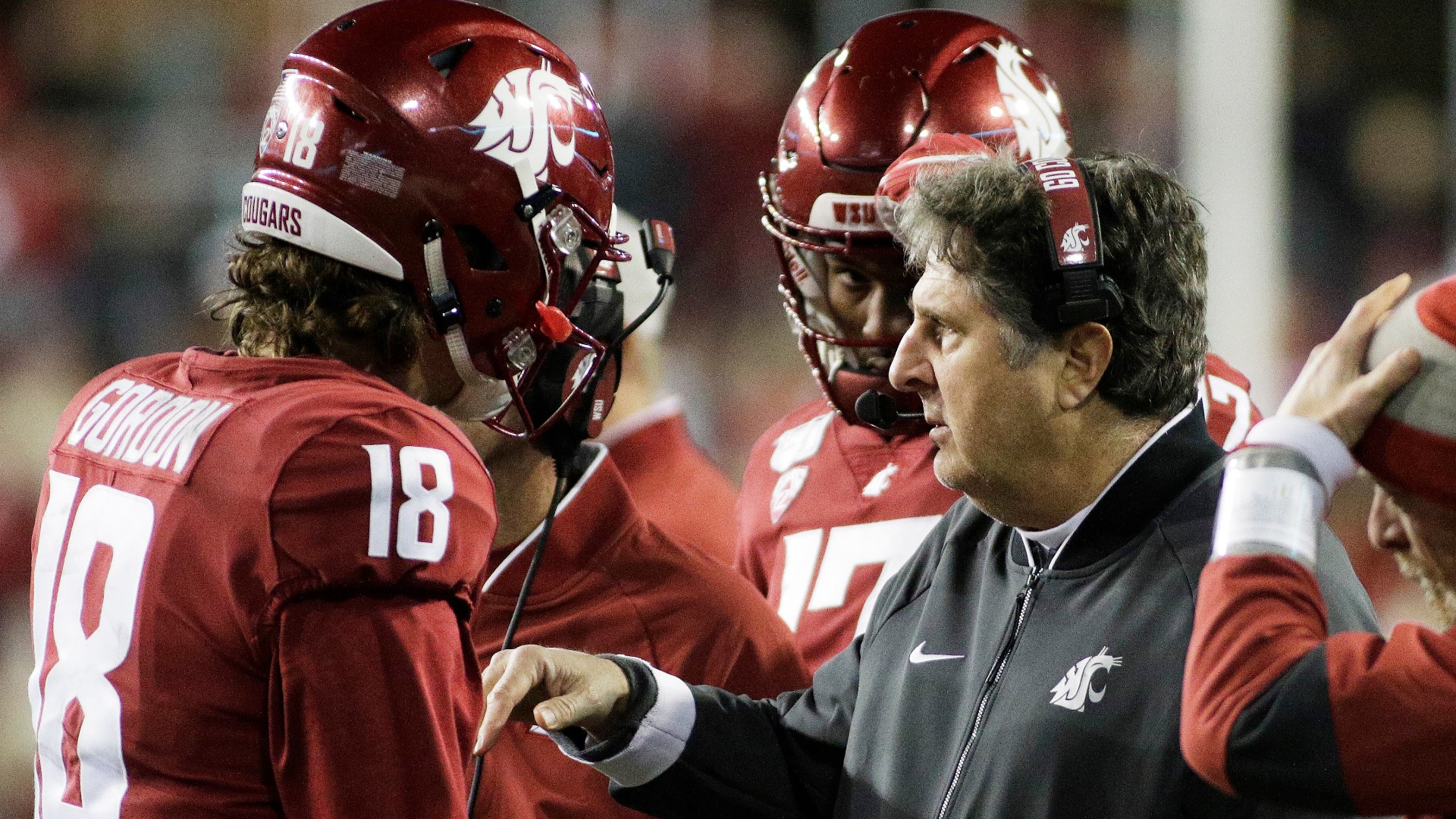 PULLMAN, Wash. — Washington State football is seeking its sixth win of the season this Saturday when they host Oregon State inside Martin Stadium

A sixth win means the Cougs will go to a bowl game for the fifth straight season.

The Washington State offense should have no trouble putting up its usual numbers. The defense might have some issues.

The pass defense seemed to be improving since the resignation of former defensive coordinator Tracy Claeys in early October.

However, Washington State gave up over 500 yards passing this past weekend to Stanford. The Cardinal was the second worst passing offense in the Pac-12 coming into that game. WSU allowed 12 pass plays of 20 plus yards.

Some of the struggles could be attributed to new starters and Daniel Isom's dismissal from the team before the Stanford game.

Whatever it is, that’s an area that needs to be fixed to close the season strong.

Head coach Mike Leach said the team was considerably better against Stanford as the second half went on. The Cougs came up with timely tackles, sacks and interceptions down the stretch.

“They played better, I think they played more motivated," Leach said  of the defense. "We gave more reps to guys that were more committed to playing. I think that they played together better because they did what they were coached to do."

Oregon State has a wide receiver capable of tearing up a weak pass defense. His name is Isaiah Hodgins. He's second only behind WSU's Brandon Arconado in receiving yards per game.

This is an improved squad from last season and there is one area they have been exceptional.

Meanwhile, Washington State has been pretty good about not letting up touchdowns in the red zone. Opponents have only done so on 64 percent of attempts against the Cougs.

Leach said this offense runs the same offense, but have improved in many areas from last season.

"They got quite a bit of dimension with what they do on offense," Leach said. "On offense they have a combination of solid, hard-nosed running plays. You know they have the same basic schemes. They haven't changed anything really. They have some guys that are older and I think they are just playing together better."

Washington State and Oregon State play at 6 p.m. on Saturday inside Martin Stadium. The game will also be on Pac-12 Network.

RELATED: The best of Mike Leach's pressers ... so far