The late congressman touched the lives of millions before he passed away after a six-month battle with cancer. 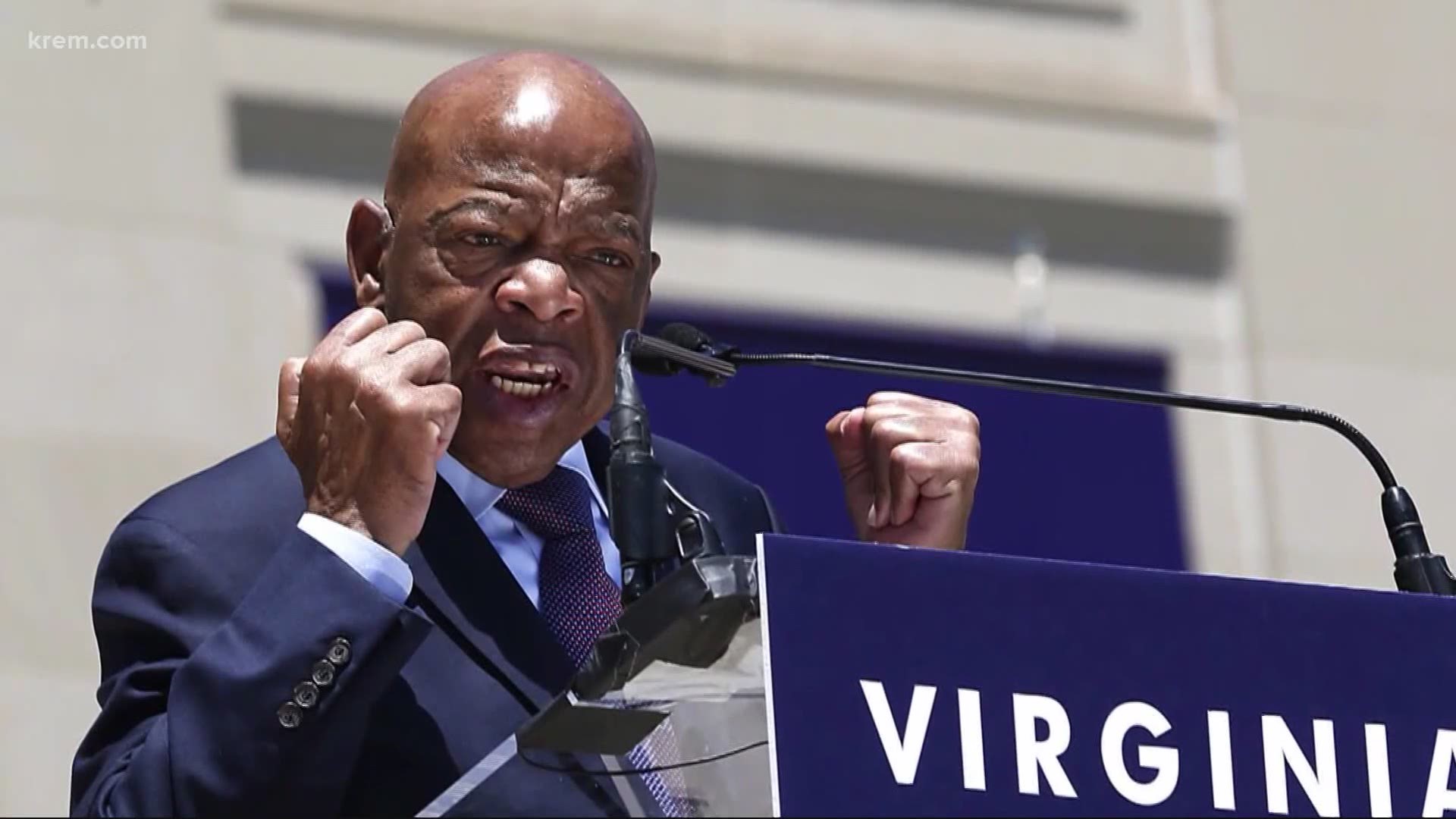 SPOKANE, Wash. — When Representative John Lewis passed away, he left behind a legacy that has impacted this entire country.

During the civil rights movement, he marched for equality. In the year 2020, he was doing the same thing. Lewis had a presence that has been felt in many places, including Spokane.

“There are three significant points in my life that I’ll always cherish. The birth of my two boys, and meeting John Lewis,” said former president of the Spokane NAACP Phillip Tyler.

In 2018, Tyler marched alongside Lewis on the same bridge that Bloody Sunday took place.

Fifty-three years prior, in Selma, Alabama, the late congressman was leading a group of activists as they pushed for equal voting rights.

Before even having the chance to finish their mission, they were met by Alabama State Troopers that stopped them in their tracks with deadly force and left Lewis severely injured.

“It brought tears to my eyes to see this man who almost gave everything for us to have that ability to march on that bridge,” Tyler explained. “We were linked arms and he was one person away from me.”

As a person dedicated their life to service, Tyler says he looks at Lewis as a hero. Someone who paved the way for what he would eventually be able to do and what he continues to strive for.

Tyler describes his conversations with Lewis as talking with a walking history book; he says those are moments that he’ll never forget.

“One of the things he told me at a dinner, I’ll never forget this: never make decisions in leadership with emotion,” Tyler said.

For three straight days, he had the opportunity to pick the mind of a civil rights legend.

Tyler got to witness the humble way in which Lewis carried himself, and how kindly he treated everyone around him.

Now that the congressman is gone, Tyler believes Lewis' values will live on as people across the country protest in the Black Lives Matter Movement.

“We could probably look to him for decades about how to do this and how to do it right," Tyler said.