WSU researcher on Roundup exposure: 'We should be concerned about our great-grandchildren'

A first-of-its-kind study in Pullman raised questions into the generational impacts of the active ingredient in the weed-killer Roundup. 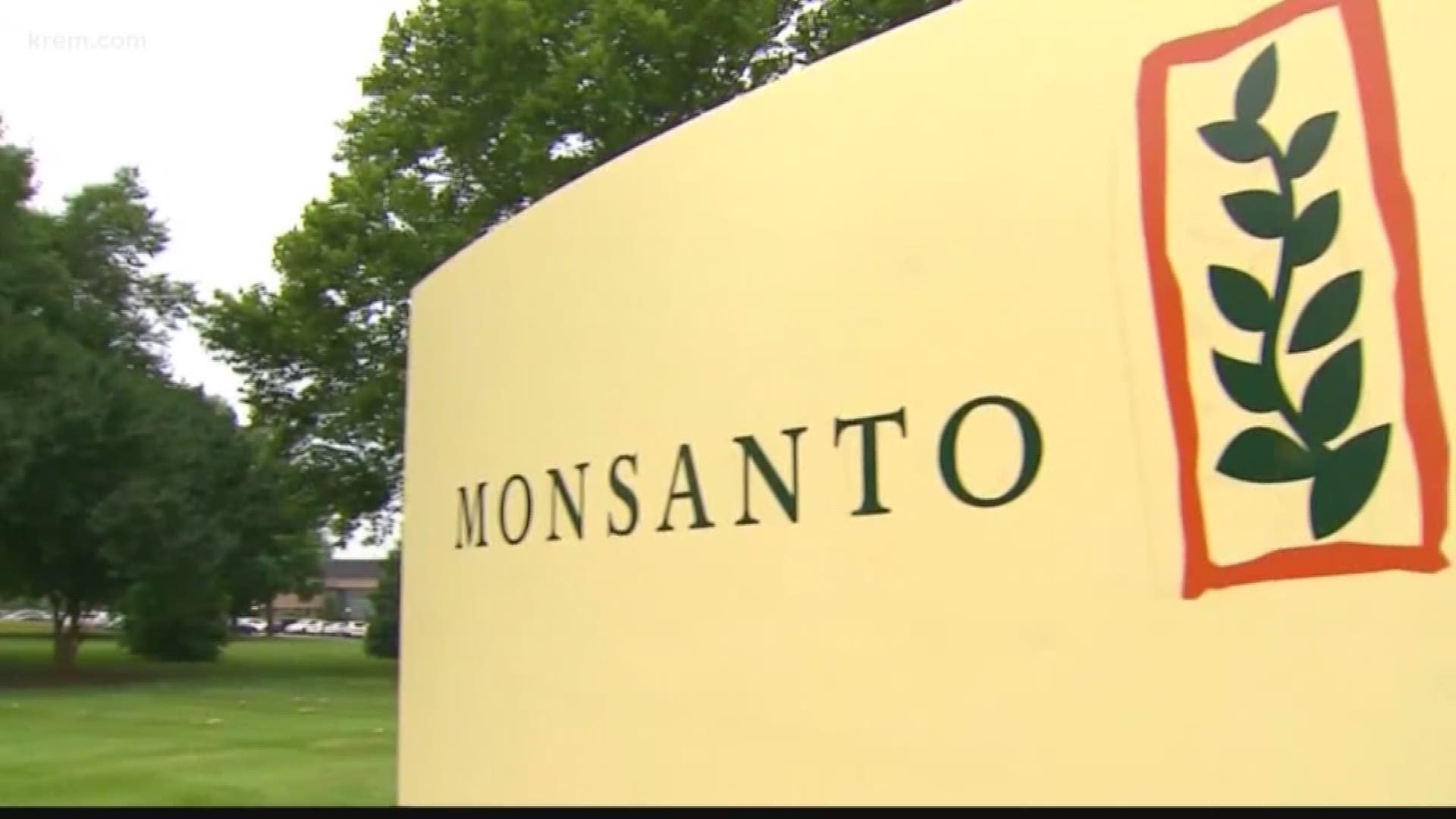 SPOKANE, Wash. — A first-of-its-kind study in Pullman is raising questions into the generational impacts of glyphosate.

This comes after lawsuits over health impacts from the chemical.

The jury awarded the couple a whopping $2 billion in punitive damages and an additional $55 million for pain and suffering.

This is not the first lawsuit claiming glyphosate - the main chemical in Roundup - causes cancer. But recently, the Environmental Protection Agency reaffirmed its findings that the chemical is safe.

There have been several conflicting studies on the impacts of glyphosate when it comes to direct exposure.

Still, farms in Eastern Washington and across the globe say the chemical is critical for their work.

Local farmers say Roundup has been made their work exponentially easier.   Ty Meyer heads up Pacific Northwest Direct Seed Association. Instead of chewing up the land by tilling the soil, the organization promotes direct seed and no till sustainable agriculture.

“The system is built around keeping erosion and sediment out of streams," Meyer said.

Meyer notes Roundup really launched farmers away from having to use heavy till equipment. Roundup is a way for them to control weeds without tilling and eroding the soil.

Meyer noted, "It's absolutely lead to high rates of conservation across our country. In the past this wasn't feasible. You just had too many issues when you weren't tilling the ground."

When Monsanto introduced RoundUp, it essentially became a game-changer.

"And it's not just out in the rural communities,” said Meyer. “It's at the house it's on the shelves in town to buy. So when you look at the widespread use of it it's a major component of society today."

Which is why it's now the most heavily used agricultural chemical in the history of the world.

"This is sort of a red flag that maybe we should be concerned about our great-grandchildren," said Skinner.

While there have been studies of glyphosate in the past, Skinner said his study is different.

"No one in the past has ever looked at the generational impacts of glyphosate," he said.

Skinner and his fellow researchers exposed pregnant rats to glyphosate, the main ingredient in RoundUp. There were no apparent ill effects on the pregnant rat or even their babies. But, the researchers found an astounding number of diseases and other health problems in the second and third generation offspring of the exposed rats.

The researchers refer to those as the F2, F3 generation.

Skinner said of the offspring, “There's high rates of prostate disease in approximately 40 percent of the male population, high rates of testis disease and ovarian disease."

"If we see something in something like a rat, we suspect that the same thing potentially can go on in humans,” said Skinner. "And, frankly, Monsanto had no idea this had generational effects. This is really the first study. Now it will be interesting to see what Monsanto does in response to this."

Monsanto is owned by Bayer. KREM 2 asked for their response and they said in part:

"Bayer and other glyphosate producers have conducted numerous multigenerational studies of glyphosate, and those studies have shown no evidence that glyphosate causes reproductive or developmental harm. We are still examining this recently released study, but our preliminary assessment is that the study has significant limitations, including an unusual mode of exposure through daily injections..."

Allan Felsot, a professor of Environmental Toxicology at WSU, said he also questions the study methodology, saying the rats were injected with an unusually high dose that goes directly into the animal's system.

He writes, "Doesn't seem very realistic as an exposure pathway" and "the dose is absurd."

The researchers still defended their dosing, characterizing it as conservative.

"This exposure level was about a quarter of the known toxicity level for glyphosate," said Stephanie King, one of the researchers on the project.

Skinner stands by his study. That's not to say he thinks his study should stand alone. He strongly believes the public needs to push for more studies, ones that focus specifically on the impacts of glyphosate for generations to come.

"And if this particular study gets repeated several places then we need to take appropriate action and remove it from the marketplace,” he said.

Back at the farm, Ty Meyer is interested to learn more.

"Everybody's interested to hear where this is going to go," said Meyer.

He knows it's not as simple as pulling glyphosate from the system until we know more. After all, it's part of the foundation of modern farming. But he hopes the scientific community will investigate further to boost farmers to their ultimate goal.

"And their goal is to leave this better than they found it,” said Meyer.