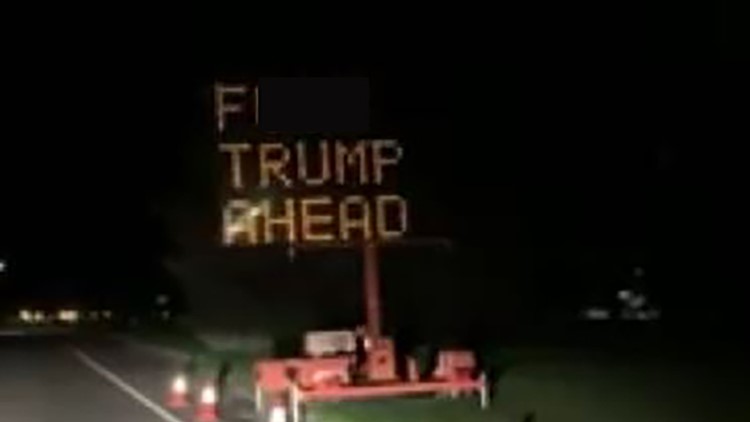 SPOKANE, Wash. — A traffic sign in Liberty Lake was hacked at least twice to make comments about the president of the United States, according to the general manager of the Liberty Lake Sewer and Water District.

The sign was posted on South Liberty Lake Road and East Sprague Avenue near the Trailhead Golf Course due to an ongoing sewer project in the area.

General Manager of the Liberty Lake Sewer and Water District Bijay Adams said the sign belonged to a private contractor that was helping with the sewer project.

Adams said these signs can easily be hacked through WiFi. He said when the traffic company went to investigate the inappropriate message on the sign, it said ‘Trump 2020.’

Adams said the private contractor is now looking into ways to make their signs less hackable.

RELATED: Spokane's first metered ramp is now active. Here's what you should know