The reportedly haunted hospital got national attention on the show "Ghost Adventures" over the weekend. 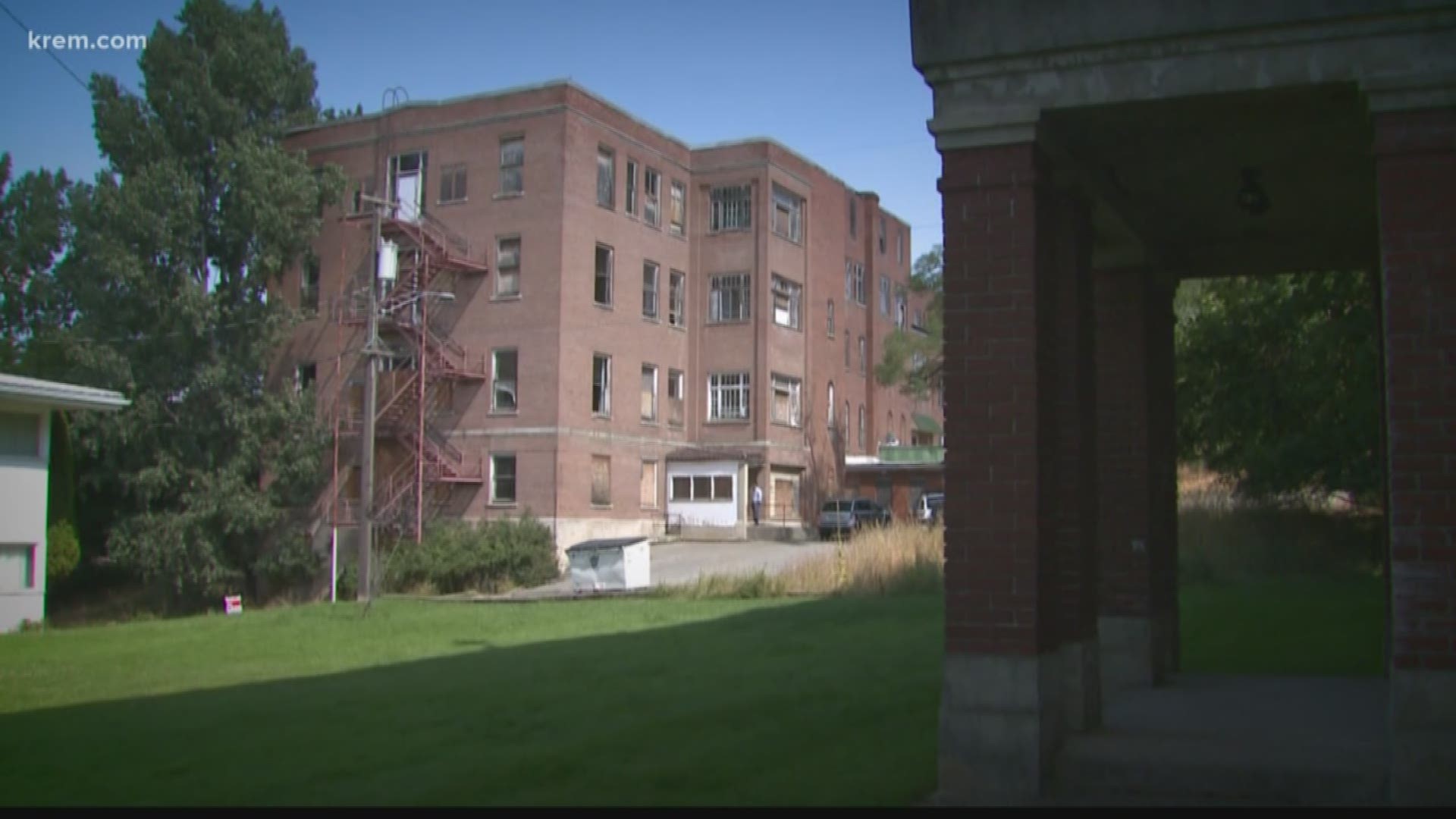 COLFAX, Washington — What’s arguably the most haunted location on the Palouse is receiving some national attention.

Over the weekend, Colfax’s St. Ignatius Hospital was featured on the show “Ghost Adventures” on the Travel Channel.

The hospital, which has been abandoned for some time, is reportedly haunted and is a popular destination for thrill seekers and paranormal enthusiasts. In recent years, the Colfax Chamber of Commerce has offered guided tours and other events at the old building which have resulted in tens of thousands of dollars in revenue for the chamber.

St. Ignatius, which was built in the late 1800’s, operated as a hospital for decades before eventually becoming a home for disabled adults. Since then, stories of hauntings and spooky encounters of the now run-down building have spread.

The hospital was highlighted on a “Ghost Adventures” episode that debuted over the weekend. The show features a team of paranormal investigators traveling to haunted destinations in search of evidence of ghosts.

“They then begin a dusk-to-dawn ‘lockdown’ investigation, using the latest scientific gadgets and technology to confront the reported paranormal activity and document key evidence in an effort to uncover the truth behind each haunted mystery,” says a description on the show’s website.

“Ghost Adventures” is currently in its 16th season.

In an online trailer for the episode, Zak Bagans, one of the show’s hosts, describes previous people touring St. Ignatius as being “viciously attacked,” presumably by supernatural forces.

“It was this huge, black mass that came at us,” says Valoree Gregory, the Chamber of Commerce’s Executive Director and a hospital tour guide, in a brief sound bite during the trailer.

An additional clip in the trailer shows a man being interviewed inside the hospital appearing to have an anxiety attack.

Before the episode aired on Saturday, Bagans tweeted that the team captured “something that we haven’t captured in a very long time...a FULL-BODIED apparition. We work so hard to get the best evidence we can and tonight we got it! This place is terrifying but INCREDIBLE.”

Last summer, tours at St. Ignatius were put on hold as the hospital’s owner sought to sell the building for just under $200,000. Earlier this year, however, The Moscow-Pullman Daily News reported that potential sales of the building had fallen through and tours had resumed.