Avery County deputies had been looking for the nearly 8-foot-tall Bigfoot carving since it was stolen from Mountaineer Landscaping back in August. 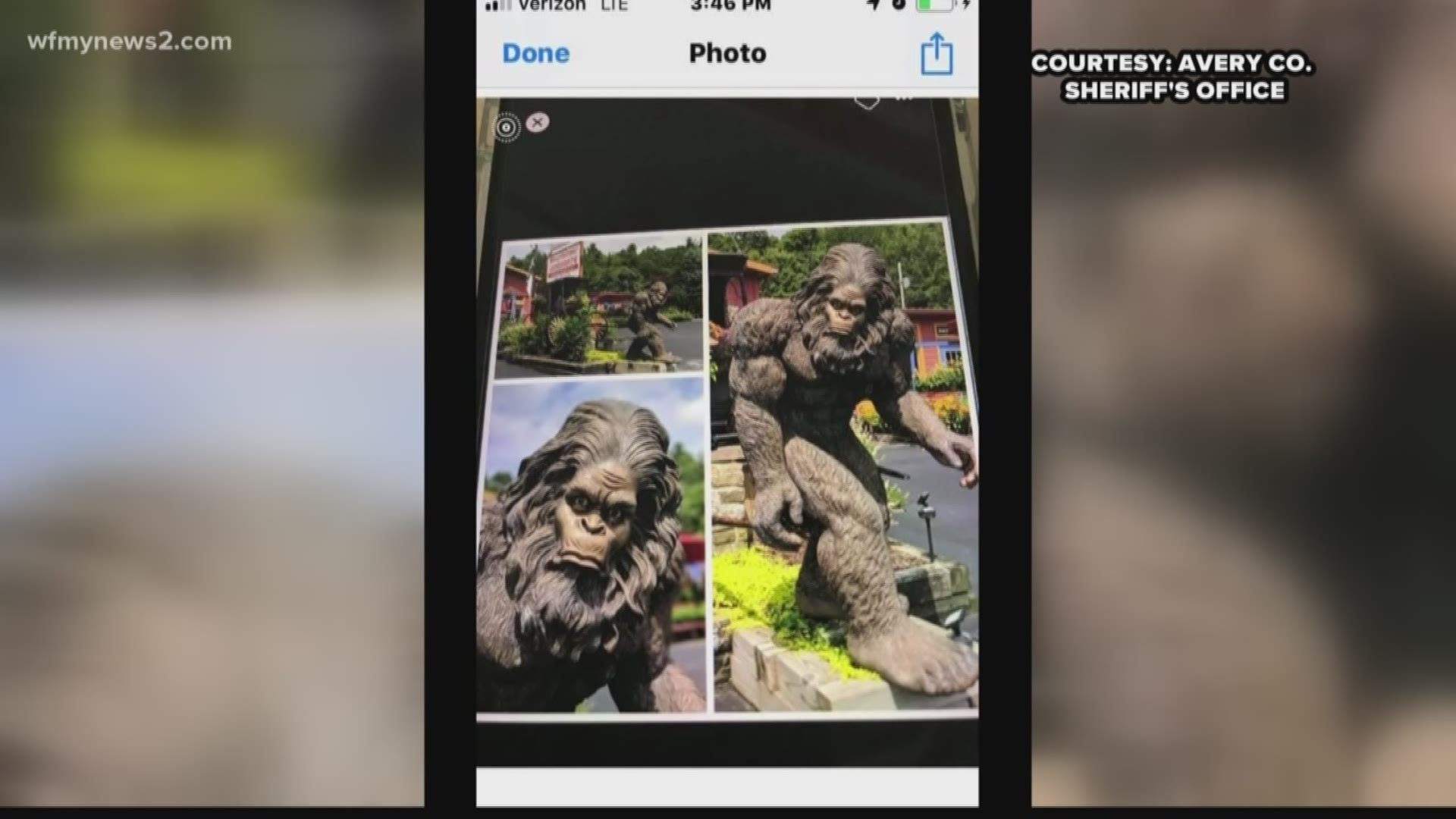 LINVILLE, N.C. — "Sasquatch Found!!!" is how the Avery County Sheriff's Office started it's Facebook post. Deputies had been looking for a nearly 8-foot-tall Bigfoot carving. It was stolen from Mountaineer Landscaping back in August.

The company's manager told WBTV the Bigfoot was "part of the family."

The Sheriff's Office says a young man alerted them to the location of the stolen statue in the Edgemont Community.

"We feel since Sasquatch seemed unharmed and released in such a remote area, the thieves either had a change of heart or found that having a Sasquatch was just more difficult than they thought," the agency wrote on Facebook.

The Sheriff’s Office said Bigfoot will be living with them, under the watch of a security camera, while they continue their investigation into who stole the statue in the first place.

The insurance company had already paid the business owner for the statue after it was stolen. So it's up to the company to figure out what happens next.