VERIFY: The president cannot withhold funds from schools that don't reopen in the fall

The Trump Administration is threatening to cut federal funding to districts that do not fully reopen amid the coronavirus pandemic. 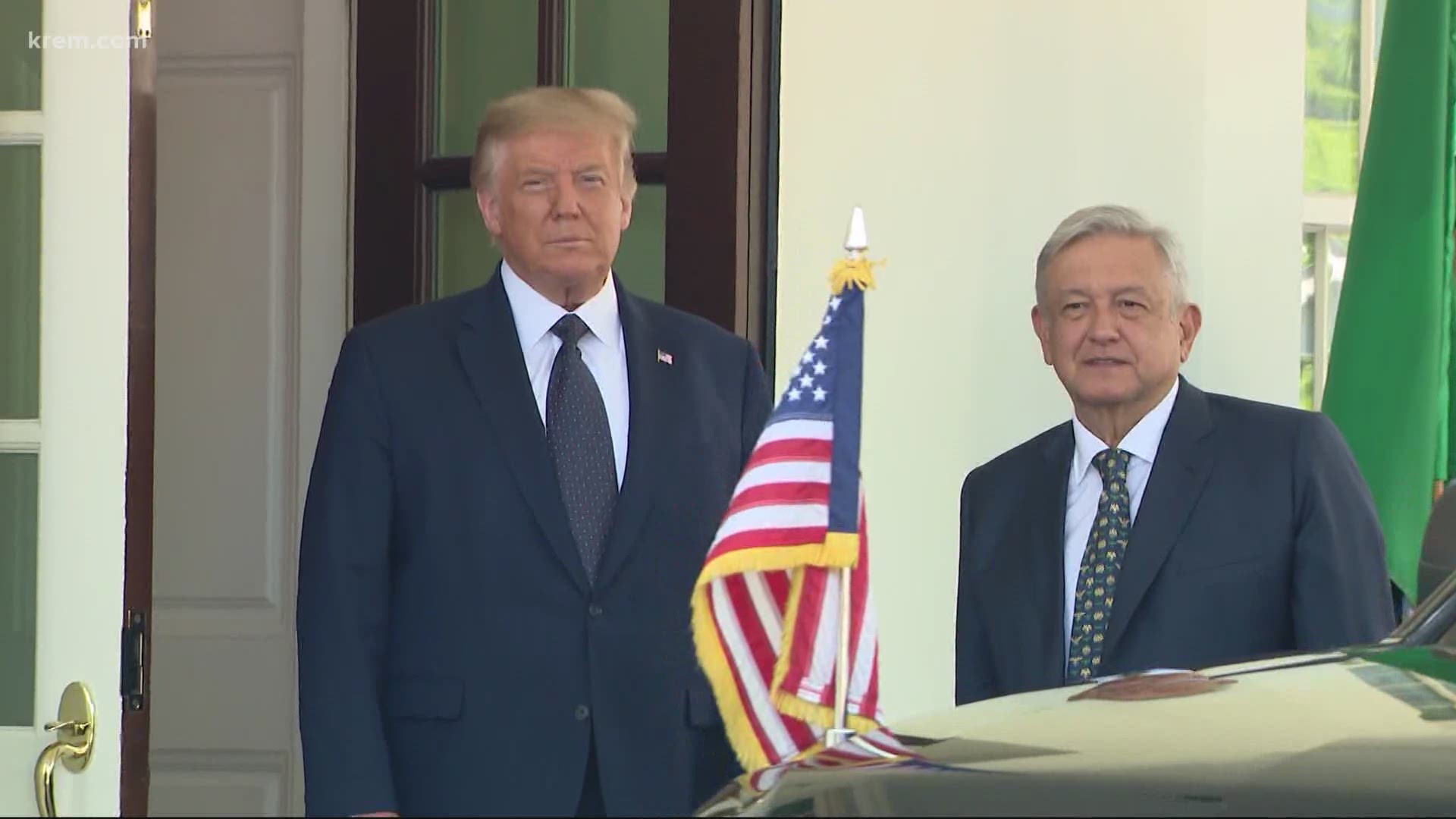 SPOKANE, Wash. — As school district across the nation grapple with what school will look like in the fall, they’re also getting pressure from President Donald Trump and Secretary of Education Betsy Devos.

The Trump Administration is threatening to cut federal funding to districts that do not fully reopen amid the coronavirus pandemic.

On July 8, the president tweeted, “In Germany, Denmark, Norway, Sweden and many other countries, SCHOOLS ARE OPEN WITH NO PROBLEMS. The Dems think it would be bad for them politically if U.S. schools open before the November Election, but is important for the children & families. May cut off funding if not open!”

Can the president do that and does federal funding make or break Spokane Public School’s budget?

"The federal government does account for a small but important additional source of funds for schools,” Simshaw said. “For example, federal dollars help fund important food and nutrition services, services for students with disabilities, and programs, especially schools in lower income areas."

KREM asked Simshaw if the Trump Administration can withhold federal dollars from school districts that do not fully reopen.

"It’s hard to know what specific funding that the president is referring to in his tweet, but generally speaking The president does not have the legal authority or the practical ability to even to unilaterally withhold education funding that's been appropriated by Congress," Simshaw said.

This includes the CARES Act that was passed by Congress in March. The $2 trillion aid package directs more than $13 billion to public schools to help their budgets.

What about future funding? Could the president dictate which districts get federal dollars and which ones don’t?

"So, in theory the president could veto funding,” Simshaw said. “Funding aid that includes additional funds for schools, but that aid isn't tied to a specific school, so a veto would actually impact the schools whether or not they opened in the way the president wants.”

Simshaw explained if the president wanted to only approve any future funding for school districts that fully reopened in the fall, legislation would have little chance of passing the Democrat controlled House of Representatives.

We can verify that the president cannot withhold federal funding that is already been appropriated by Congress and efforts to direct or withhold funding from specific school districts based on whether they fully re-open aren’t likely to succeed.

Do you have something you'd like us to verify? Send us an email at verify@krem.com.

RELATED: VERIFY: COVID-19 vaccine syringes to have trackers on the outside, not in vaccine

RELATED: VERIFY: Yes, there is a coin shortage and it's impacting the Spokane area