The Father's Day race sold over 1,000 pre-sale tickets. The race track's general manager said they are the first track to open with fans in the region. 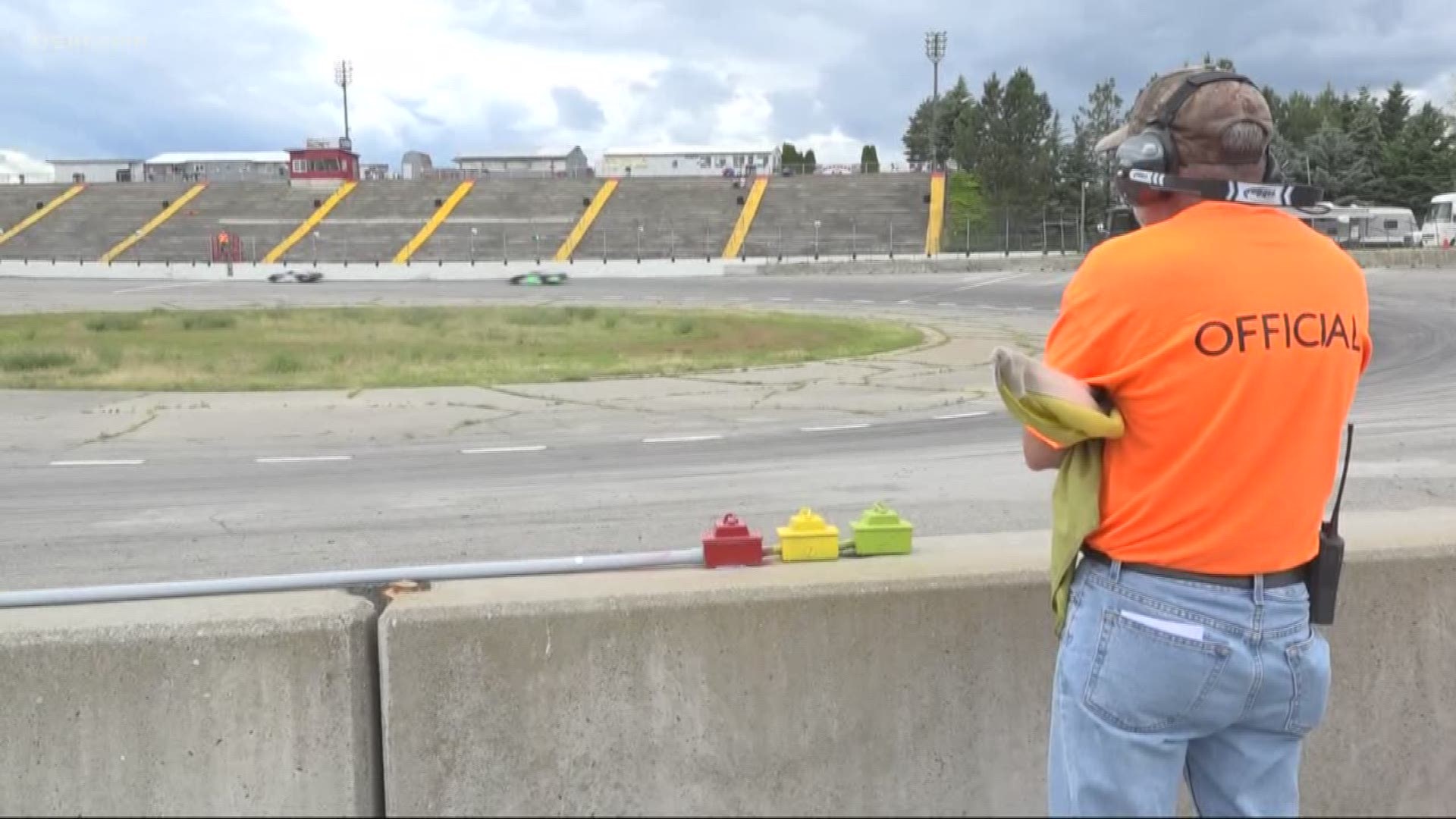 POST FALLS, Idaho — Sports are officially back in the Inland Northwest, with the start of Stateline Speedway's racing season.

The track kicked off their season with a fathers day opening race, where they invited racers and fans alike. Stateline Speedway's general manager Matt Alexander said the track is the first to allow fans to events in the region.

Late model race cars lined the back lot. Racers were making adjustments, practicing, and preparing to start their season.

One of the racers ready to take to the track was 15 year old Haley Constance.

The young driver races in a black and pink car that is numbered 78. Her passion started when she was just three years old, after seeing her dad who had raced for years.

Constance's dad is her spotter, giving her cues from the sidelines as she drives.

"I'm racing a junior late model, and this is my first time racing in it so I'm super excited," she said.

It's also the first time that there has been a junior late model race at Stateline Speedway. Alexander said that the junior competitors range from 11 to 15 years old, and drive the same cars as adults.

For Constance's debut late model race, she had fans in the grandstands as well.

RELATED: NASCAR plans to race its way through the South in June

"No other track in the northwest currently can have fans," Alexander said.

Since Idaho is in phase four of re-opening, Stateline Speedway was able to sell tickets for their opening event.

The track is recommending fans wear face masks and social distance. They also set up hand sanitizer stations for people to use.

RELATED: Is it safe to vacation during the COVID-19 pandemic? A doctor answers top questions