The Central Promenade opened Friday evening to allow foot traffic from the North entrance at the Butterfly to the South entrance near the Rotary Fountain. 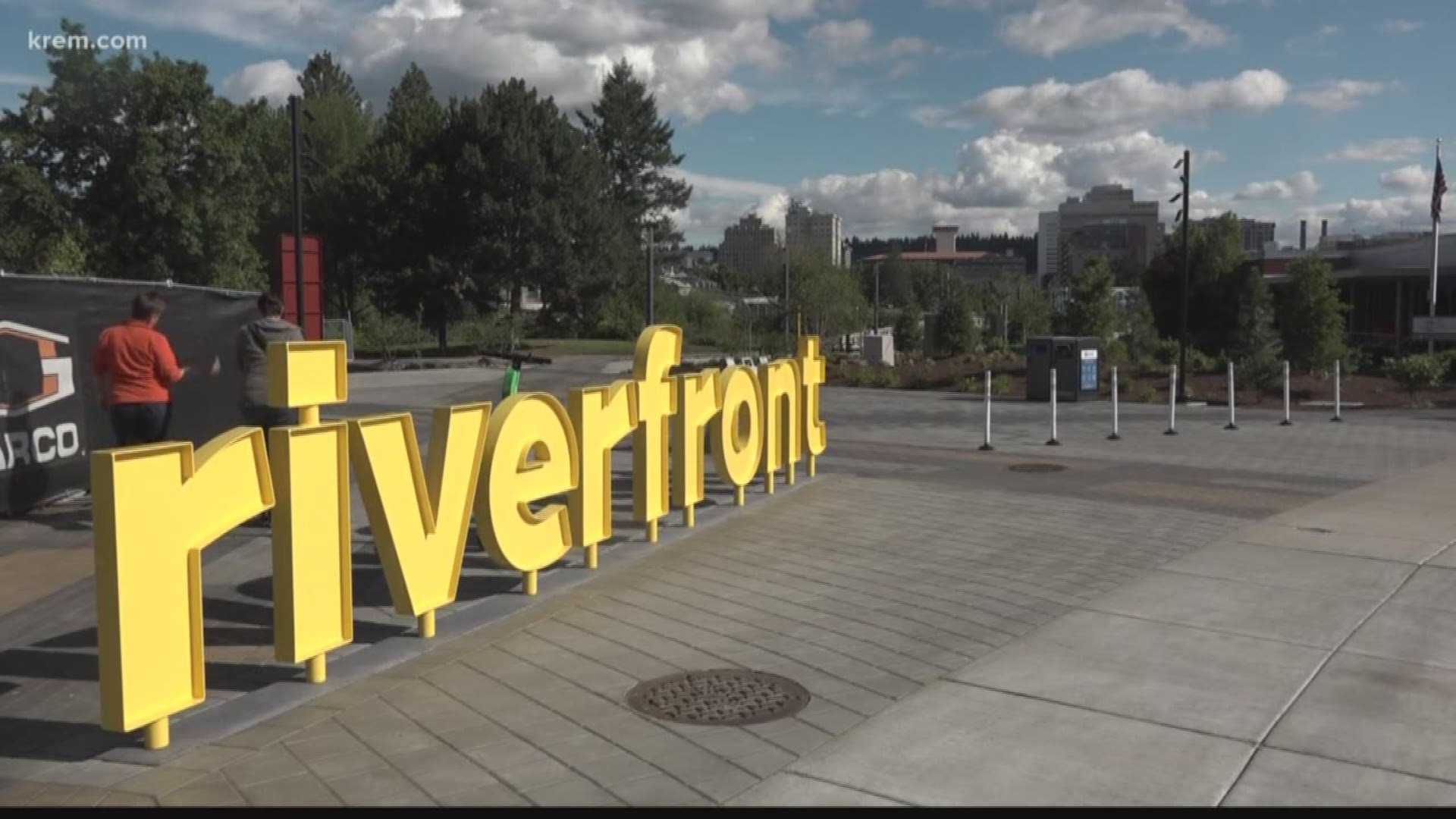 SPOKANE, Wash. — A connection from Riverfront Park to the north side of the Spokane river is back open after two years of repairs and upgrades.

The Central Promenade opened Friday evening to allow foot traffic from the North entrance at the Butterfly to the South entrance near the Rotary Fountain.

Spokane Parks and Recreation said the Promenade offers wider pathways, a light system for enhanced safety, and storm water features – both projects of the City's strategic plan, 'One Spokane.'

As soon as the fences were taken down, people began going through immediately.

"We just saw they were opening the gate, I said 'Can we go through?' And he said yeah," explained Scott Kinderpyle.

Scott and his wife Sheryl were the first ones to cross the new Central Promenade and are impressed by the upgrades.

"When I went across the bridge, I was just like, 'This is beautiful, I love it," Scott said.

For the last two years, Riverfront Park underwent a major facelift and more projects are still in progress.

Taxpayers approved more than $64-million for the U.S. Pavilion and promenade projects.

"So my first thought was as I was looked at this area, was how much more open and clean and just inviting it looks," Sheryl said.

The opening comes one week ahead of Hoopfest, which will allow easier access for pedestrians to get to and from courts. Space for courts downtown is nearly maximized and construction projects may move some of them.

"Being able to come and get such close access to it is awesome," Sheryl said.

It's money she believes is well spent.

"It's an awesome thing for us to focus and invest in the downtown because it's a point for folks to come together as a community," she said.

Construction at the park isn't quite over, the U.S. Pavilion is expected to open this fall. The City of Spokane says it will transform the Expo icon into a multi-use event space focused on river views, shade elements, and lights that create our community's lantern.