Spokane Transit confirmed they are working with Amazon to get future employees to and from work. 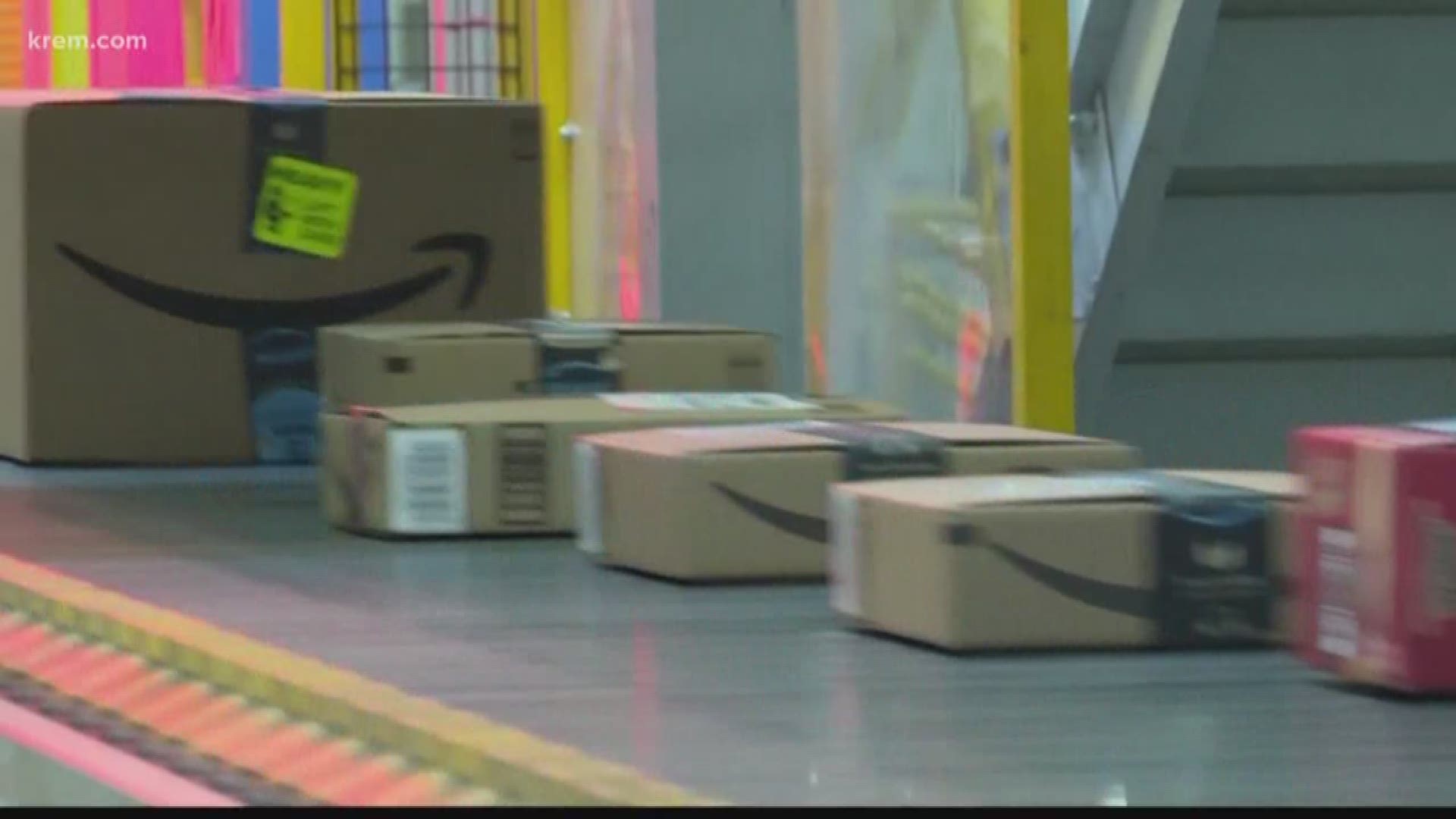 SPOKANE, Wash. — It's almost been one year since Amazon announced plans to open up a fulfillment center on the West Plains.

A lot has changed on the 600,000 square foot center off Geiger Boulevard. The gigantic Amazon facility near the Spokane International Airport is taking shape and once finished, it will be the biggest building in Eastern Washington.

The company promised to add 1,500 jobs with the development of the center. At the center, employees will work alongside Amazon Robotics to pick, pack and ship items to customers, according to Amazon.

While some will commute to work by car, others will be able to use public transportation. Spokane Transit confirmed they are working with Amazon to get future employees to and from work.

STA will add "Route 63" that will get employees right outside of the facility with connections to all major communities in the West Plains and Spokane.

You may remember, in the fall of 2018 STA opened up the West Plains Transit Center to connect all three cities in the West Plains, which are Medical Lake, Airway Heights and Cheney.

Rapez-Betty said the new route is launching in mid-September, but stopped short of saying this is the same time when Amazon is opening. Their goal is to have it ready to help get people there and reduce congestion.

When the route starts in the fall, riders can get to the fulfillment center on Geiger Boulevard on a temporary detoured route until road construction in the area in complete.

STA is still working out details of the schedule and how often the route will run. The public transportation system offers affordable monthly passes and "Van Pools" which they anticipate many Amazon employees will use.

Many people are wondering when those 1,500 jobs will be available. Amazon responded with little detail about an exact date, but says they typically post jobs one to two months prior to the grand opening.