Firefighters sent a well-known Browne's Addition man to Harborview Medical Center after he was critically burned in the fire Saturday night. 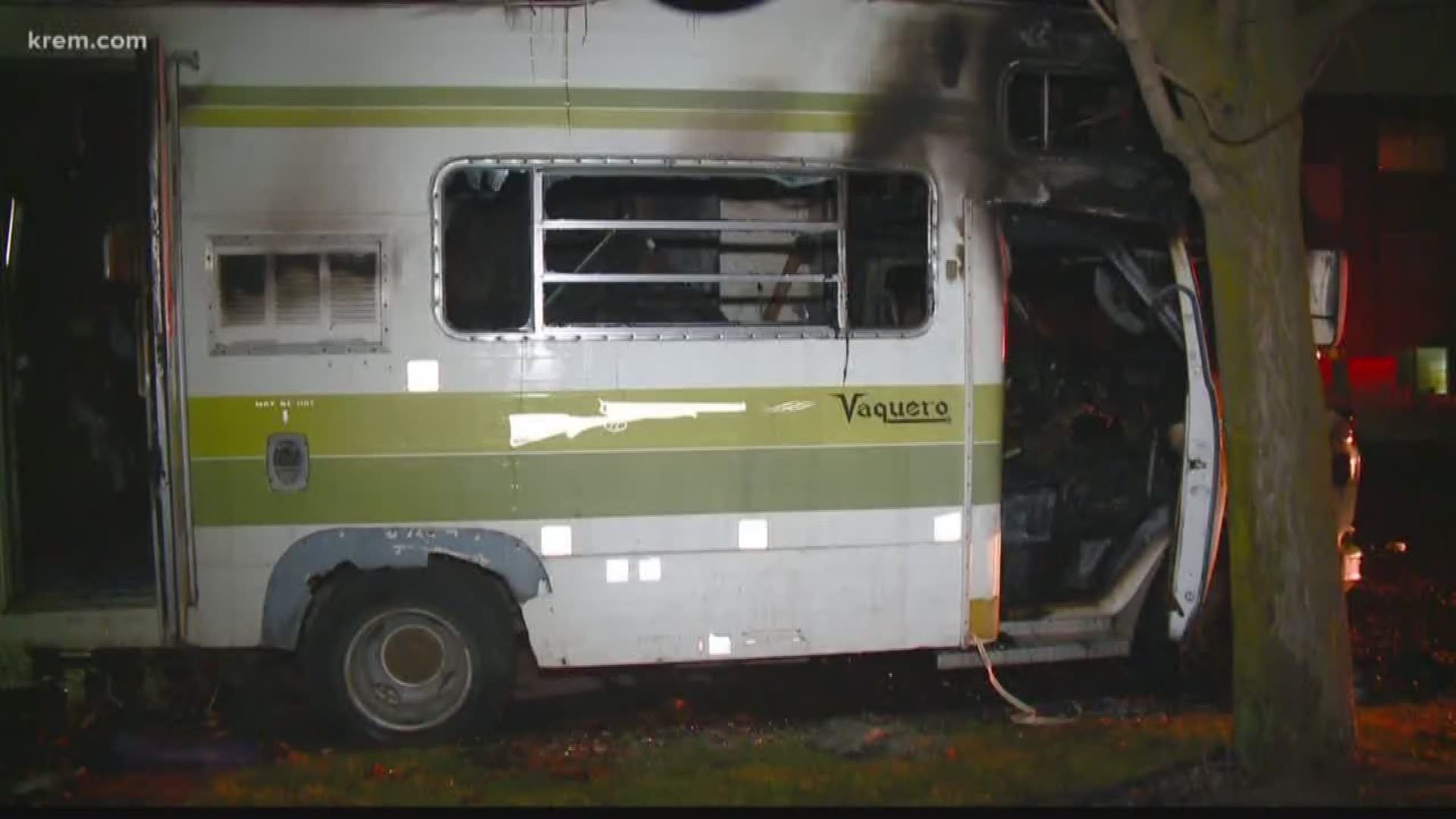 Critical burns sent a man to a Seattle hospital after his recreational vehicle burst into flames near Browne's Addition on Saturday night.

The fire took his dog's life.

Neighbors say the RV belonged to a man named Mario Eblacas whose been an important member of the community for years. Micah Martin lives in the apartments across the street from the RV and describes Eblacas as a spiritual individual whose dog meant the world to him.

“He’s a great guy. Everybody was out videotaping, watching and figuring out everything. It was just smokey and insane," Martin said.

The vehicle became engulfed in fire and nearly took out a nearby tree and power line before the Spokane Fire Department arrived and contained the situation.

The Spokane Fire Department responded to a report of an explosion and a subsequent fire in the area of 2nd and Cedar in the Browne's Addition neighborhood, according to Spokane Fire Chief Brian Schaeffer. The first engine responded in three minutes and reported an RV fully engulfed in flames.

Firefighters worked quickly to rescue a man in his 50s, who was trapped inside the RV, and keep the fire from spreading to other vehicles, Schaeffer said. After firefighters got the man out, paramedics treated him and took him to Sacred Heart.

Th hospital transferred the man to Harborview Medical Center burn unit after he was stabilized, according to Schaeffer.

Spokane fire determined the fire was an accident, caused by a mechanical issue that occurred while it was being repaired.

A GoFundme has been started for Eblacas' recovery efforts.