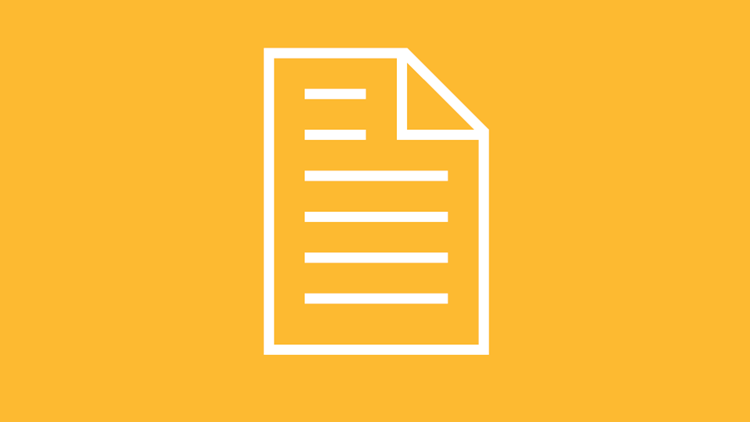 NO PURCHASE NECESSARY TO ENTER OR TO . A PURCHASE WILL NOT INCREASE YOUR ODDS OF WINNING. SUBJECT TO APPLICABLE FEDERAL, STATE, LOCAL MUNICIPAL REGULATIONS. VOID WHERE PROHIBITED.

Eligibility. Subject to the additional restrictions below, the STCU Credit 2 Kids Contest (the "Contest") is open to legal residents of the states of Washington and Idaho. Nominations must be made on behalf of students who are at least 13 years old at the time of nomination and are enrolled as full-time students in good standing in grades 7 – 12 in a private or public school in Washington or Idaho at the time of entry. Nominators must be 13 years of age or older at the time of nomination and also reside in Washington or Idaho. Employees of Spokane Teachers Credit Union (“STCU” or “Sponsor”), KREM (“Administrator”), and each of their respective affiliated companies, and advertising and promotional agencies, and the immediate family members of, and any persons domiciled with, any such employees, are not eligible to enter or to win.

Online and Mail-In Entries: During the Contest Nomination Period, anyone 13 years of age or older may nominate an eligible student by visiting the KREM.com Credit 2 Kids official registration page at http://www.krem.com/features/credit-2-kids and completing a Nomination Form describing what positive activity or activities the student has performed in the community to bring credit to his/her school. Ad blocking software on your computer needs to be disabled so that it doesn’t interfere with processing your nomination. Your computer must accept cookies, or any successor or similar technology, which may be used for the purpose of nomination tracking. Complete the Nomination Form and submit your nomination by clicking the “SEND” button. Completed Nomination Forms may also be printed and mailed to:

No facsimiles or mechanical reproductions permitted. Only one (1) nomination per stamped envelope. By entering, you agree to the terms of these Official Rules and to receive emails from Sponsor, Administrator, or those directed by Sponsor. You can opt-out of the receipt of such emails by following the directions in any email received from Sponsor.

NOMINATORS MAY NOMINATE THE SAME PERSON ONLY ONCE DURING THE CONTEST PERIODS. All entries become property of Sponsor and none will be returned. Sponsor and Administrator will not be responsible for incomplete, lost, late, postage-due, misdirected, illegible or incomplete nominations, or for failure to receive nominations due to typographical or system errors or failures, spam filters, or transmission failures or technical failures of any kind, including without limitation, malfunctioning of any network, hardware or software, whether originating with sender, Sponsor or Administrator. In the event of a dispute, all online nominations will be deemed to have been submitted by the owner of the ISP account from which they were sent. For these purposes, an ISP account holder shall mean the natural person assigned to such ISP account by the Internet access provider, online service provider or other organization responsible for assigning ISP addresses for the domain, or the owner of an ISP account shall be determined by Sponsor in its sole discretion, and Sponsor reserves the right to disqualify any nominations by persons determined to be tampering with or abusing any aspect of the Contest. Sponsor further reserves the right to disqualify any nomination that is alleged to infringe on any third-party’s intellectual property rights, or that Sponsor deems obscene, offensive or otherwise inappropriate for viewing by a general audience.

Winner Selection. A panel of qualified judges selected by Sponsor in Sponsor's sole discretion will judge all eligible and complete nominations according to the following criteria: 50% effectiveness of student’s commitment to the community and 50% on the description of the student’s outstanding character. Six (6) First Prize Winners will be selected on or about November 1, 2017, December 1, 2017, January 15, 2018, February 15, 2018, March 15, 2018 and April 15, 2018. Non-winning nominations will be carried over to subsequent Nomination Periods. By June 15, 2018, one (1) Grand Prize Winner out of the six previously selected winners will be determined by reviewing all six (6) First Prize Winners through the previously described criteria. Decisions of the judges and Sponsor shall be final and binding in all respects. PREVIOUS WINNERS ARE NOT ELIGIBLE TO WIN AGAIN.

Winner Notification and Acceptance. On or about the dates detailed above the winner's school and the “nominator” will be contacted by STCU using the phone, and/or email address provided on winner’s nomination form. Sponsor will call during regular business hours at number provided on Nomination Form but will leave no messages. Failure to reach the winner's school and the nominator by at least 3 phone attempts, or failure of school or nominator to respond to email notification or return of email notification as undeliverable may result in disqualification of winner, forfeiture of his or her interest in all prizes, and selection of a substitute winner from among all remaining eligible nominations. Winners may waive their right to receive prizes. Prize money will be given directly to the school provided on the winner’s Nomination Form. Gift Card prizes will be given directly to each student winner. Prizes are nonassignable and nontransferable. No substitutions allowed by winner or the winning school. The winning schools are solely responsible for reporting and payment of any taxes on prizes. Before any prize will be awarded, each winner (or the winner's parent or legal guardian if the winner is under the age 18) will be required to complete an affidavit of eligibility/liability and publicity release which must be returned as directed by Administrator or Sponsor. Except where prohibited, acceptance of any prize constitutes winner’s consent to the publication of his or her name, biographical information and likeness in any media for any commercial or promotional purpose, including without limitation the Internet, without any further claim to royalty, right, compensation or remuneration for such use. Prizes not won and claimed by eligible winners in accordance with these Official Rules and not otherwise awarded as provided herein will remain the property of Sponsor.

Participation. By participating, contestants agree to be bound by these Official Rules and the decisions of Sponsor. Sponsor reserves the right to disqualify persons found tampering with or otherwise abusing any aspect of this Contest as solely determined by Sponsor. In the event the Contest is compromised by a virus, non-authorized human intervention, tampering or other causes beyond the reasonable control of Sponsor or Administrator which corrupts or impairs the administration, security, fairness or proper operation of the Contest, Sponsor reserves the right in its sole discretion to suspend, modify or terminate the Contest. Should the Contest be terminated prior to the stated expiration date, Sponsor reserves the right to award prizes based on the nominations received before the termination date. Administrator shall have no liability (financial or otherwise) for any claims or other matters relating to this Contest or any prizes to be awarded.

Release. The Sponsor and Administrator make no warranties, express or implied, relative to the use or enjoyment of any prize or portions thereof, including without limitations, its quality, merchantability or fitness for a particular purpose. By entering the Contest, each winner (or their parents or legal guardians if any winner is under the age of 18) agrees to hold harmless and fully release Sponsor and Administrator and each of their respective officers, directors, parent companies, trustees, subsidiaries, franchisees, licensees, employees, agents, independent contractors and advertising and promotional agencies from any and all liability of any kind arising from participating in this Contest or resulting from any injuries, losses, death, or damages of any kind caused by any prize or resulting from the acceptance, possession, quality, use or misuse of any prize, or any portion of any prize or travel related to the receipt or use of any prize.

Law; Construction. All issues and questions concerning the construction, validity interpretation, and enforceability of these Official Rules, or the rights and obligations of any nominator and STCU in connection with the Contest, shall be governed by, and construed in accordance with, the substantive laws of the State of Washington, without regard to its choice of law provisions. The invalidity or unenforceability of any provision of these rules shall not affect the validity or enforceability of any other provision. In the event that any such provision is determined to be invalid or otherwise unenforceable, these rules shall be construed in accordance with their terms as if the invalid or unenforceable provision was not contained therein.

Sponsor: The STCU Credit 2 Kids Contest is sponsored by STCU. The decisions of Sponsor and the Contest judges regarding the selection of winners and all other aspects of the Contest shall be final and binding in all respects. Sponsor and Administrator will not be responsible for typographical, printing or other inadvertent errors in these Official Rules or in other materials relating to the Contest. For a list of winners (available after June 21, 2018) or a copy of these Official Rules, visit krem.com or send a self-addressed, stamped envelope to “Winners List/Official Rules”, Credit 2 Kids, 4103 S. Regal St., Spokane, WA 99223 If you have any questions regarding this Contest, please contact Laura Papetti at lpapetti@krem.com