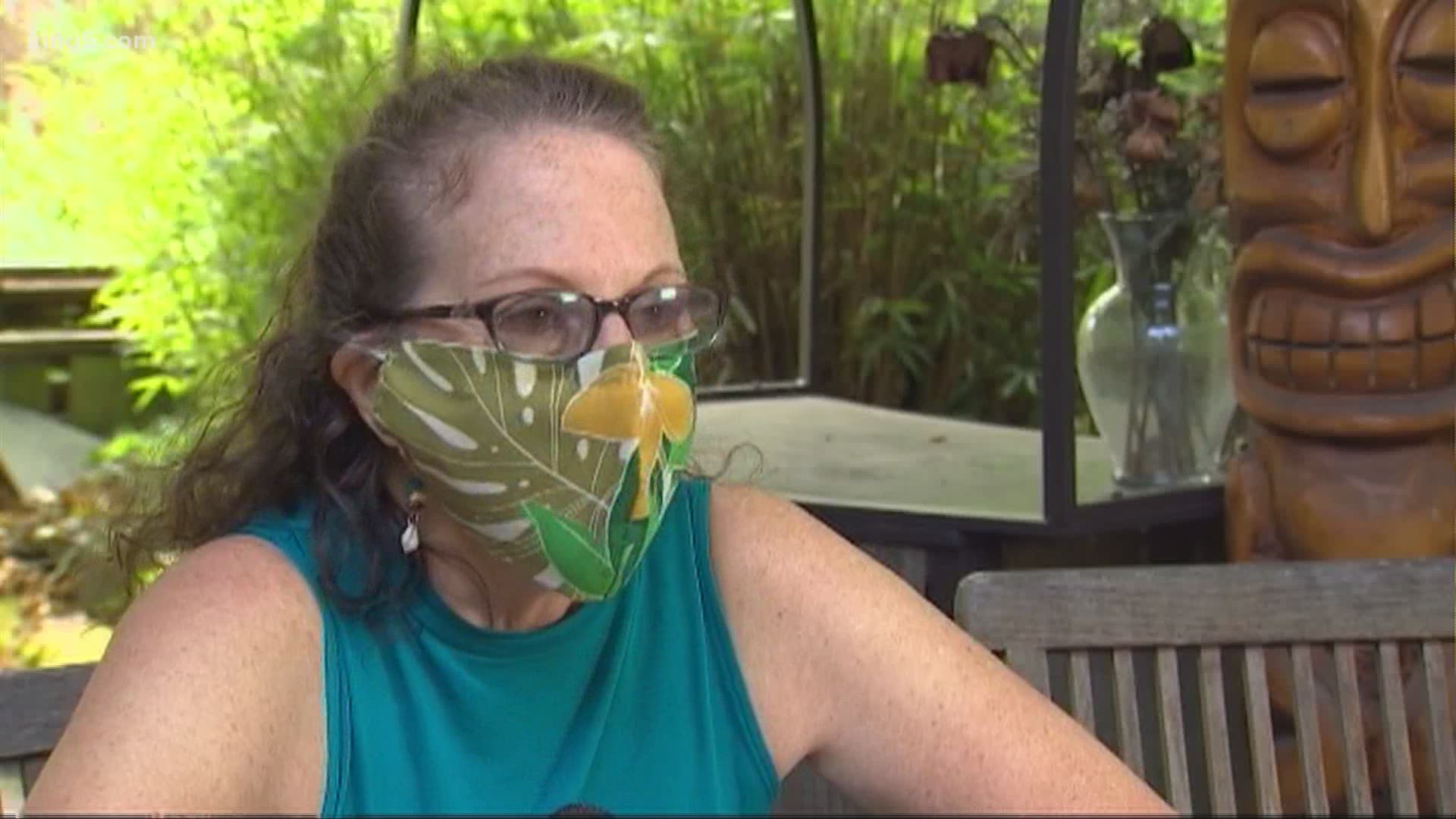 SEATTLE — Businesses across western Washington are closed as the coronavirus pandemic has forced everyone to stay home, but that hasn't stopped criminals from targeting shuttered businesses.

Lita Hoke is in the business of spreading sunshine through her Polynesian dance school, Sunshine From Polynesia. The school teaches all kinds of Polynesian dancing and drumming.

“It's a fairly small dance school but it's grown to include about 80 people,” Hoke said.

The school has been closed for months due to the pandemic, so Hoke was surprised when angry emails and calls started coming in last Sunday.

“I answered the phone and the person was like 'what kind of business do you have? You've stolen from me,'” Hoke said. The calls became even more heated.

"The second person who called was swearing at me and angry on the phone,” she said.

The strangers were accusing Hoke of charging their credit cards through her Square account. She set up the account years ago when people would hire dancers to perform and they wanted to pay with a credit card.

Hoke tried to get into the account and realized it had been hijacked by criminals.

“They didn't just change my password they changed the email address connected to Sunshine From Polynesia -- they changed it,” Hoke explained.

As hackers went to work, the grandmother of nine tried to find a way to stop them. Hoke struggled to get in touch with Square, and said she at first couldn't find a phone number and even called Seattle police for help.

Hoke said a Square agent told her the account was disabled but by the next day another 20 charges appeared on it. Hoke said she called again and talked to multiple employees to get another confirmation that her account would not be used to charge more people, although she said they did not follow-up with her as they had promised.

KING 5 reached out to Square who confirmed the account is now disabled and said they’ve asked Hoke for more information before they will reactivate the account.

Square officials did not provide an explanation for how hackers gained access but offered ideas on how customers can protect their accounts and personal information and how they can get help.

Hoke said she's not going to reactivate her Square account and wants to warn other small business owners that even with their doors closed right now thieves could be coming after their businesses in a different way.

RELATED: VERIFY: How to make sure your stimulus check is real

RELATED: Beware of these top scams around coronavirus and money, jobs, and health