No bomb was found after police sent a robot to investigate the man's pickup, closing downtown Seattle streets for several hours Saturday. 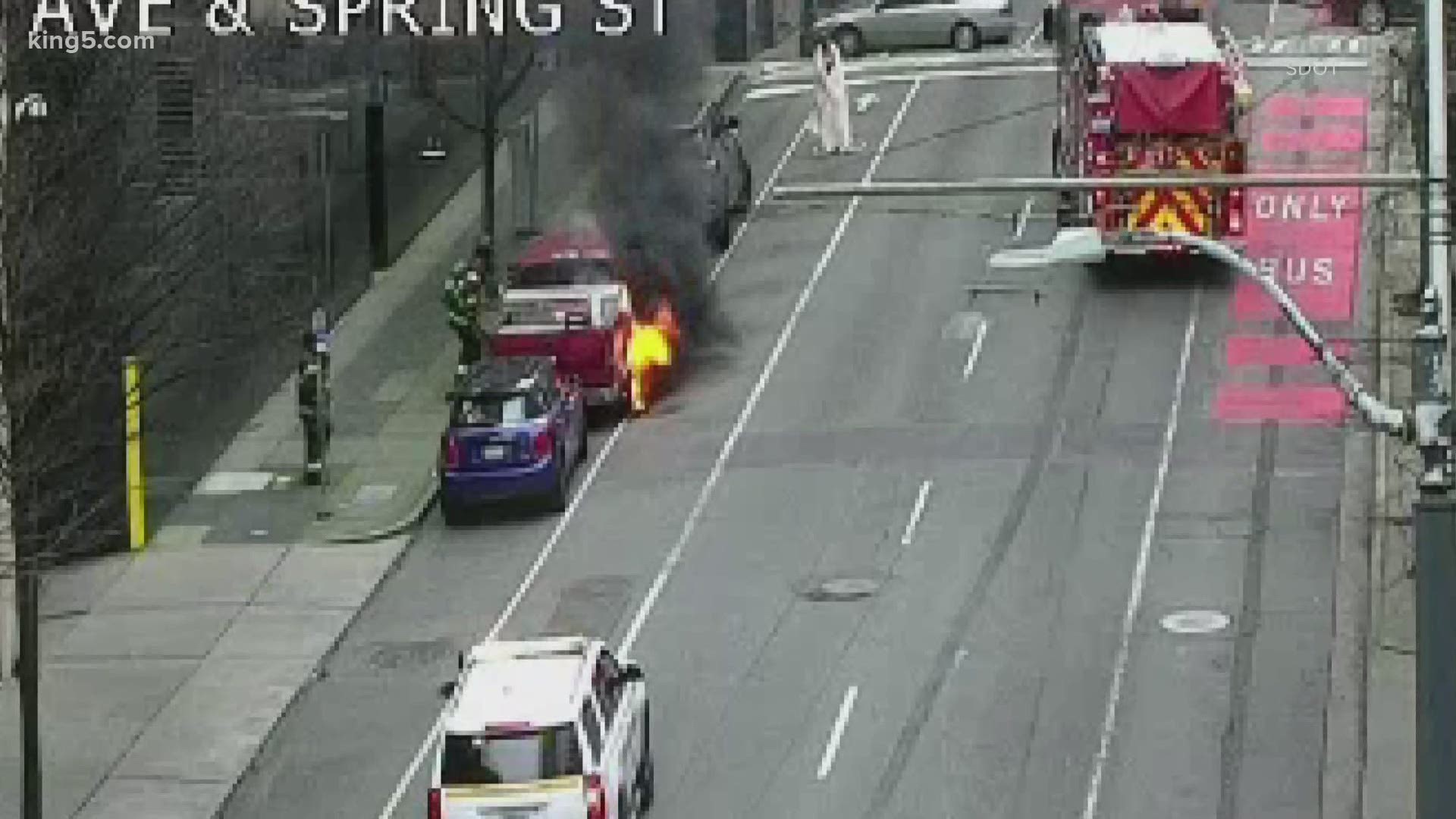 SEATTLE — A 34-year-old man is in King County Jail after Seattle Police say he set his car tires on fire near the Seattle field office of the Federal Bureau of Investigation Saturday, and then told first-responders that he had a bomb in the car.

Several blocks of downtown Seattle were closed Saturday as law enforcement sent a robot to investigate the car parked outside the FBI field office.

Detectives from the Seattle Police Department's Arson and Bomb Squad investigated the man's car and determined there was no bomb, Seattle Police said.

“Right now, Seattle, we believe is safe. We believe that there is no actionable intelligence that says that there is a threat,” said Seattle Interim Police Chief Adrian Diaz at a press conference Saturday.

Federal and state offices have been on high alert since a siege at the U.S. Capitol earlier this month by supporters of President Donald Trump. The attack disrupted the certification of the Electoral College. Five people, including a police officer, died.

Federal agencies have issued warnings to states that groups have been discussing attacks on state capitols ahead of this week's inauguration of President-elect Joe Biden.

Diaz said given the heightened political tensions in the country, as well as the bombing that destroyed downtown Nashville on Christmas Day, the police response on Saturday was appropriate.

"We’re in a very unique situation in our country today. I have never seen it, in the 24 years I’ve been on the job, to see the level of tension that it is and the divide in our country," Diaz said.

"Having these types of things that happen, it creates a level of hyper-vigilance in the community," he said.

There was no indication that the man was part of any larger group or effort to attack a federal building.

Earl D. Camp, acting special agent in charge of the FBI Seattle field office, said there has been no known specific threat to buildings locally. He also thanked the Seattle Police for their response.