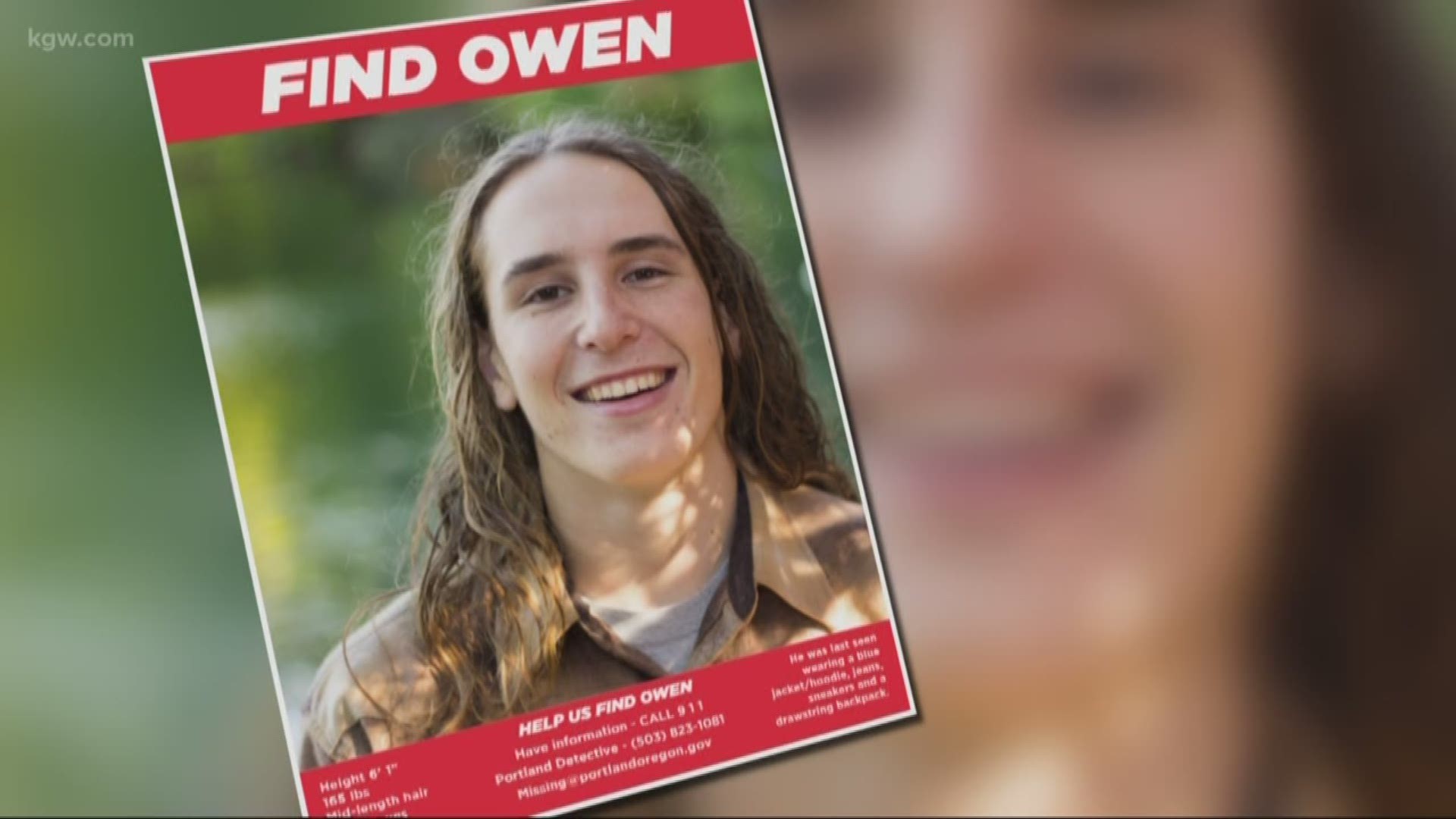 Portland police on Wednesday said detectives worked with TriMet to determine that Klinger's last known location was in North Portland, near the intersection of North Portsmouth Avenue and Lombard Street. Police say they have collected video from nearby businesses and homes.

Mary Klinger, Owen's mother, said everyone is baffled by his disappearance.

Mary’s kitchen is now a makeshift command center. Volunteers meet there daily to help her find her son. They have now coordinated multiple searches, including one Sunday where more than 100 people combed North Portland Parks.

"Everyone loves Owen and everyone is just coming forward to offer so many amazing ways of helping us look for him," Mary Klinger said. "We just hope someday soon we'll talk to the person that knows where he is or has seen him and then we'll know where he is and we'll know he's OK. We just want to know that he's OK."

Owen’s family is now going through cell phone records, but is hoping someone out there knows something.

"We just need people that were in contact with Owen to share with us anything they have from those conversations, if he gave any indication of why or what or where that this was about," Mary Klinger said. "Everyone that we've talked to that has talked with him said he was doing fine, his grades were good, getting ready for midterms, but he had plans for the break the week after that he was looking forward to and it just doesn't make sense."

Volunteers are planning another big search on Wednesday. Details for that have not yet been released.

RELATED: 'All we want is for Owen to come home': University of Portland student has been missing since Sunday

If you see Owen Klinger, you are asked to call 911. If you have any information that can help in the search, call Portland police at 503-823-1081 or email missing@portlandoregon.gov.

Klinger’s family also started an email account to help. If you want to get involved in the search efforts email findowenk@gmail.com.