The driver sustained only minor injuries. 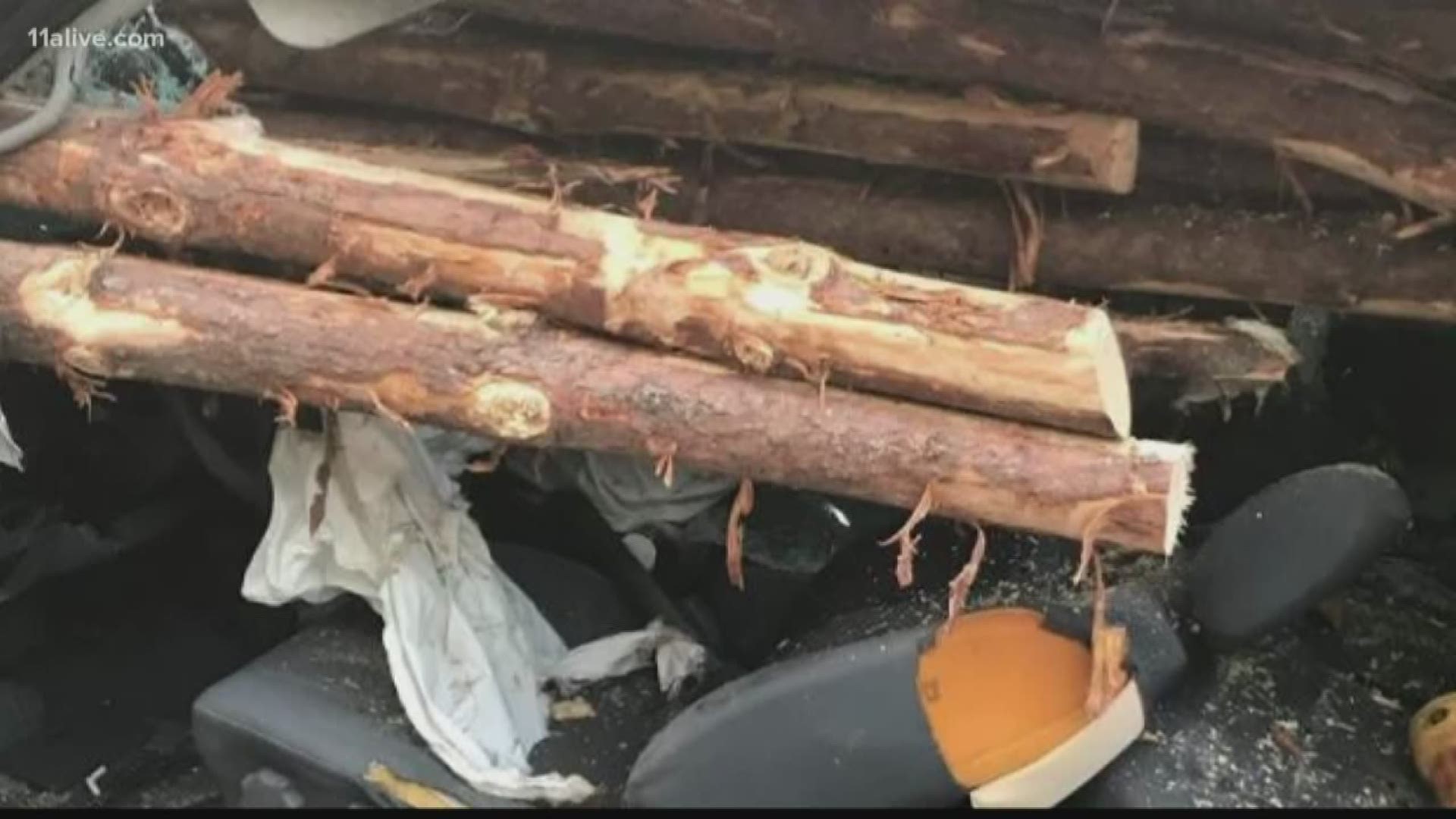 COHUTTA, Ga. — Authorities say a motorist survived after several large logs from a logging truck pierced the car's windshield and rammed all the way through the rear hatch.

The Whitfield County Fire Department says firefighters pulled the driver from the car Friday in the Cohutta area in northwest Georgia.

The fire department posted photos of the wreckage off Cleveland Highway on its Facebook page. Jaw-dropping images show trees inside the entire cab of the driver's black SUV.

WTVC-TV reports that the driver sustained only minor injuries.

"Great job guys!," the department wrote, thanking its crew for the rescue.

Cohutta is about 100 miles northwest of Atlanta, near the Georgia-Tennessee line.

Man seriously hurt after dog ran over him with ATV