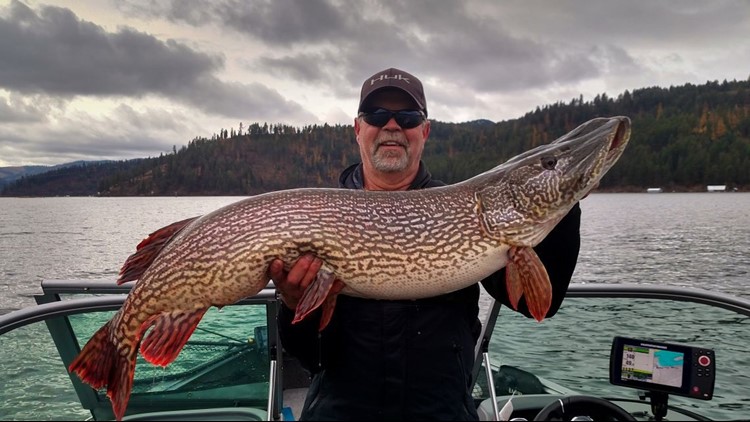 COEUR D'ALENE — There's a new catch-and-release record-breaking northern pike in Lake Coeur d'Alene for Idaho anglers to match, and it'll be a challenge to beat.

Idaho Fish and Game say the 46-inch beast was caught on Nov. 3 by Mark Mills from Spokane, Wash. Mills weighed the fish on a digital scale at 32 pounds.

The previous record was set last March, that monster weighed 33 pounds, but only 44-inches long. That northern pike was caught in Hayden Lake.

Northern pike are predatory fish, that are aggressive in nature. If you want to better your chances at reeling one in, Idaho Fish and Game says that larger than normal lures, or lures that imitate small fish might work better.

They are only found in the lakes and bodies of water in the Idaho panhandle and were illegally introduced to Idaho's waters. Idaho Fish and Game treats the northern pike as game fish, so there is size limits or maximum number you can bag.