'There's a lot to get done': Nadine Woodward to be sworn in as Spokane mayor Monday

New Spokane mayor Nadine Woodward to be sworn in tomorrow at the U.S. Pavilion in Riverfront Park at noon. 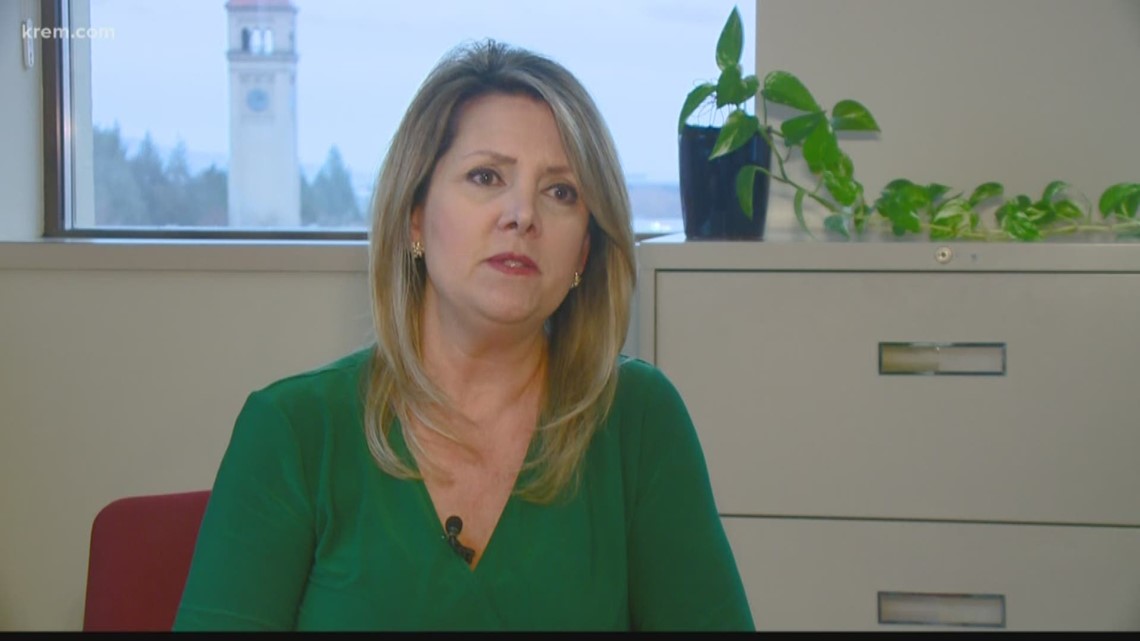 Current Mayor David Condon has provided Woodward with an office on the 5th floor and help from an administrative assistant, a rare move that’s part of a broader initiative by Condon to assure a smooth transition period, an initiative his team started weeks ago.

“I was not given that benefit of having that level of transition,” Condon told KREM earlier this month. “This is a big job. It's a $1.1 billion corporation. Some 2,000 plus employees.”

In her first full week in that office, Woodward has focused mostly on getting the lay of the land and meeting with city staff.

“There's a lot to get done in that short amount of time,” she said in an interview with KREM. “So having this space means everything.”

Specifically, she said, the on-site location means she can easily attend briefings, get to know key stakeholders, and begin developing an appointment process for the many positions she’ll have to fill.

“[I want to] make it fair, and make it a level playing field for everybody,” she said of that process.

Woodward indicated that she is open to retaining key members of the Condon administration, but also pointed out many are serving on an interim basis and would have to be confirmed. And more importantly, she said, she wants to assure the process is not political.

In addition to staff, she’s started preliminary work on fulfilling some of her biggest campaign promises.

But, Woodward also says she doesn’t want to be the boss who comes in and suddenly overhauls the whole system with radical changes. In her first year, beyond the precinct and pursuing new solutions for homelessness, Woodward wants to take things slowly.

Slow might also be the only way to go, given that she’ll have to work with a liberal supermajority council that can easily pass ordinances and overturn vetoes, giving the mayor limited legislative power.

“That changes things for me as mayor, with a city council that still has a 6-1 imbalance,” said Woodward.

But, the mayor does have extensive control over the actions of city staff.

Nonetheless, Woodward is optimistic she and the council will be able to work together, especially given the cooperative reputation of the council-president-elect, Breean Beggs.

Woodward is set to be sworn in at the end of the year; she says her ceremony will likely happen at the Pavilion on Dec. 30.

RELATED: 'We did it!' | Nadine Woodward to be next Spokane mayor

RELATED: How the Spokane council president race could change the balance of power