Why did Spokane City Council vote against a self-driving bus?

Olli picked Spokane for a three-month pilot program but Spokane City Council members voted against it on Monday night. 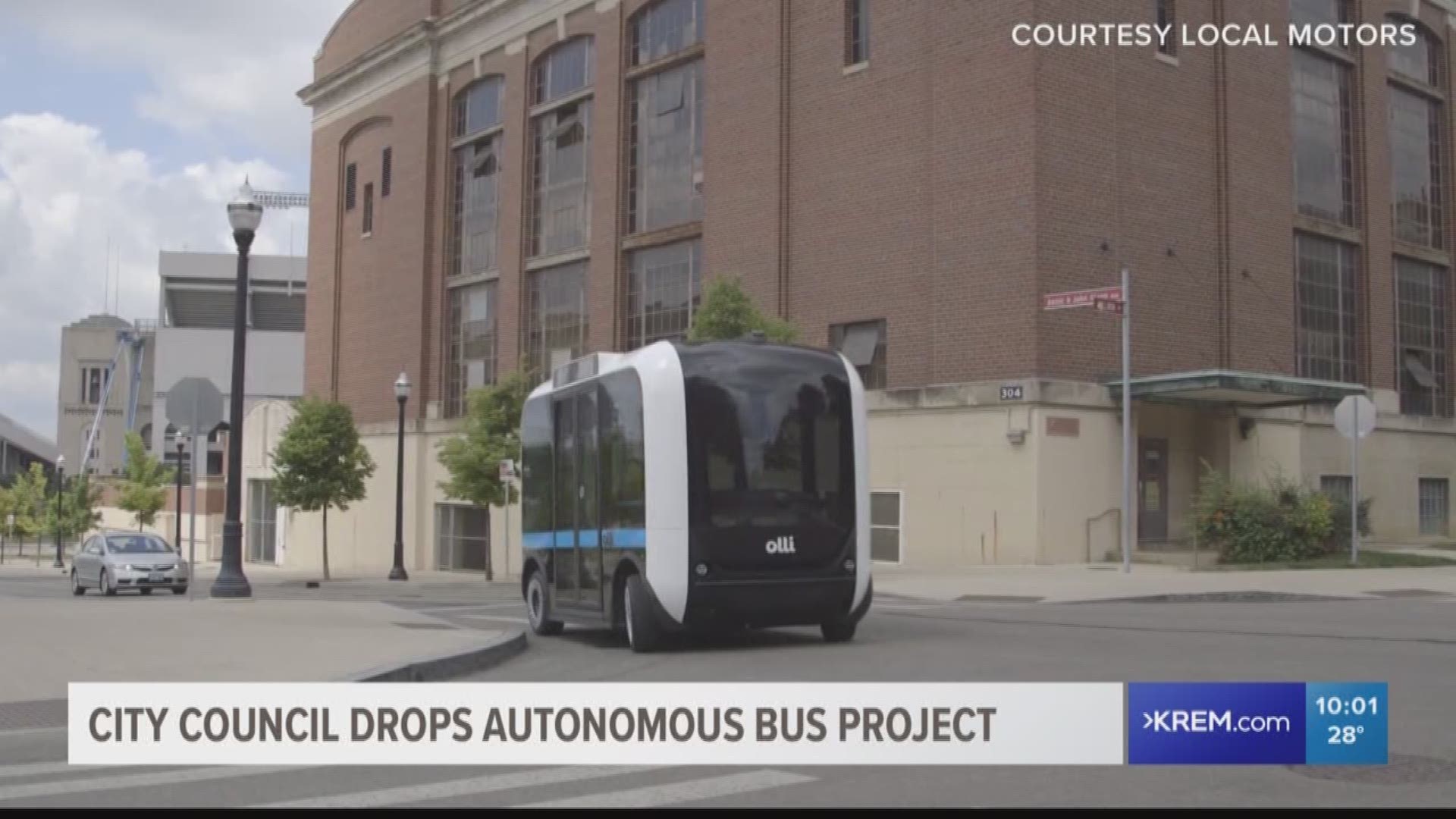 SPOKANE, Wash. — The proposal to bring a pair of self-driving buses to Spokane has died —  at least for now.

Olli is a project by the company Local Motors. It creates small, boxy, eight-person buses that run on electricity. They are built largely via 3D-printing and require no driver thanks to radar-like technology.

The company offered up three-month pilot programs to cities throughout the Pacific Northwest, among other regions. Spokane asked to be considered for the pilot and the city was picked.

Olli is not designed to really serve as effective public transit. It can't even travel on most roads since it maxes out at 25 miles per hour.

Instead, a pair of Ollis would have served as basically an attraction in Riverfront Park, taking people from one side to the other.

The project would have run from December through next March and it had firm momentum going into the council meeting Monday night.

However, a litany of concerns from council members stopped the project in its tracks.

"Every question I asked seemed to be one more thing... no," said Council Member Lori Kinnear.

The council voted on a special budget ordinance that would have approved $88,000 for Olli. Five yes votes were needed to pass. Olli got four.

For Fagan, he was still unsure about safety and liability.

"I'm not too awful comfortable with autonomous automobiles yet," he said.

Kinnear was primarily concerned with accessibility; Olli does not currently have wheelchair ramps, she says.

"If you're going to invite something into our park, it has to be accessible to everybody," said Kinnear.

Other things seemed odd, too. For instance, even though Olli is autonomous, a staffer still needs to be in the bus at all times to assure safety.

And even stranger, although the pilot would've been during winter in Spokane, Olli isn't particularly good in winter weather.

"It does not have any kind of snow capability," Kinnear said.

At the Monday meeting, a couple of public commenters expressed concern about dedicating any money to a project with relatively little utility. But the council members who voted against Olli said the financial commitment was not a big issue. Other problems instigated their no vote.

Outgoing Council President Ben Stuckart voted yes on the ordinance and told KREM he was "shocked" at the outcome of the vote. He said he hopes the next council can work with Local Motors to perhaps work out a solution in the future.

The vote was especially surprising given that a contract between the city and Olli was approved during the consent agenda meeting just hours before the vote on the money.

Items on the consent agenda are approved simultaneously, usually without much discussion. They're mostly housekeeping actions unlikely to see resistance.

Any council member can move a consent agenda item to the legislative agenda if they wish for their to be discussion and a full vote on that specific measure. No council member did that regarding the contract. Nonetheless, the financial allocation failed.

KREM asked Local Motors for comment on Monday night but has not yet received a response.