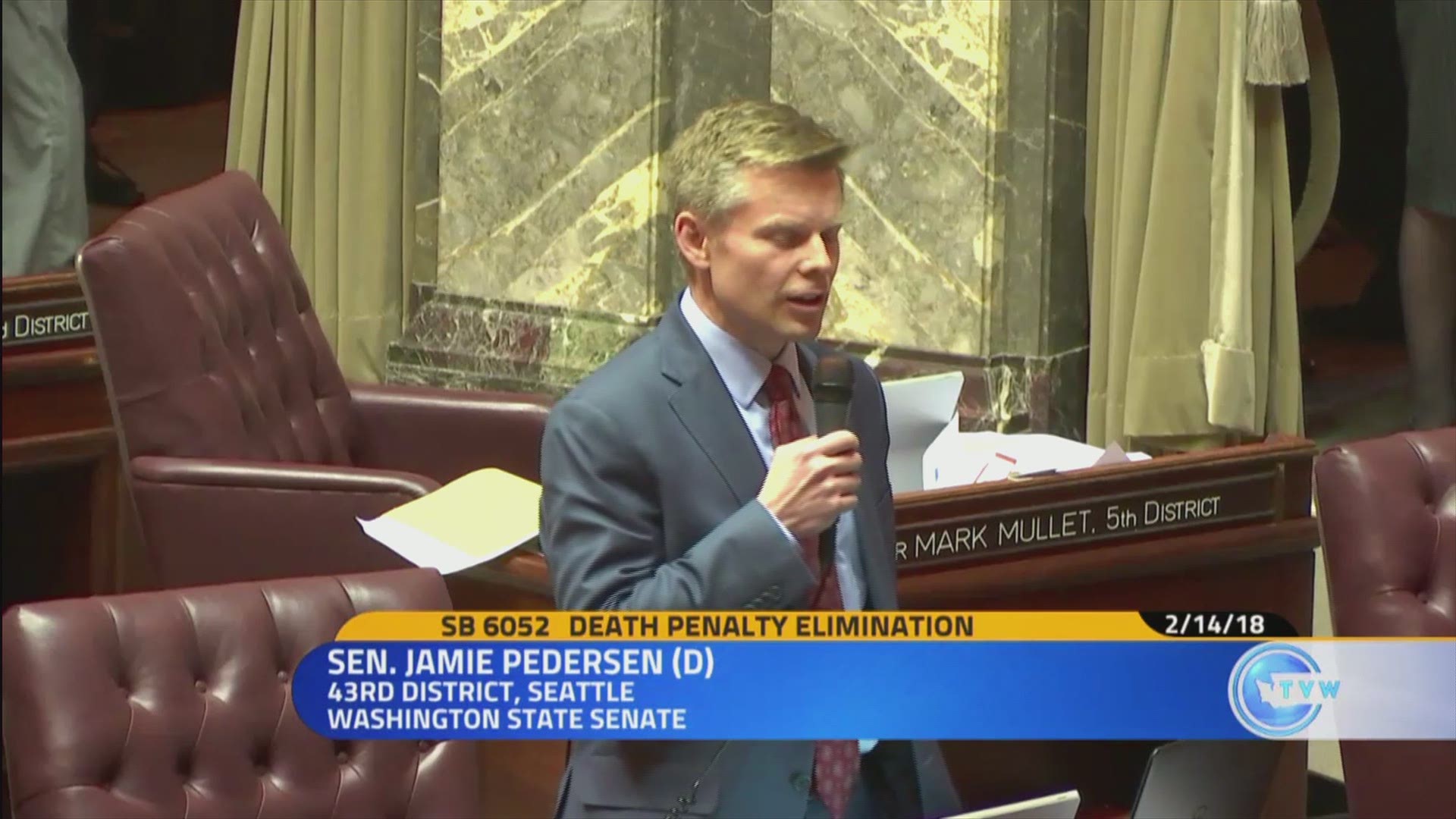 Andrew Villeneuve, founder and executive director of the Northwest Progressive Institute (NPI), delivered the results during a press conference.

The poll, conducted by the NPI, surveyed 675 likely voters and asked, "of the following list of choices, what punishment do you prefer for people convicted of murder?"

Another finding that stood out was that there was not a single group or sub-sample that favored any particular answer.

Villeneuve claims that this poll shows that Washingtonians are ready to move forward with criminal justice reforms as a state that values all life. "Washingtonians want to make a change," he said.

After the results were revealed, Ferguson stated his thoughts on the findings.

"I'm not shocked by the numbers," he said, adding, "the public mood when it comes to the death penalty, the pubic views on that issue have been changing quickly."

Ferguson shared his background on the death penalty, stating that he had personal experience with the topic after talking with inmates on death row in Arizona.

"Public mood is shifting, we need additional legislators to help out," he said.

After making requests over the past two legislative sessions, Ferguson finally had interest from congress in the third session when the senate, with bipartisan support, voted to repeal the death penalty earlier this year. Shortly before that vote, Governor Jay Inslee had put a moratorium on the death penalty.

"This poll with further signal to them that not only is this the right thing to do, to abolish the death penalty law in Washington state, but is precisely what the people of Washington state want and expect their legislature to do," said Ferguson.