How Austin is preparing for Election Day

With the passion behind this year's election, people anticipate what's next to come. 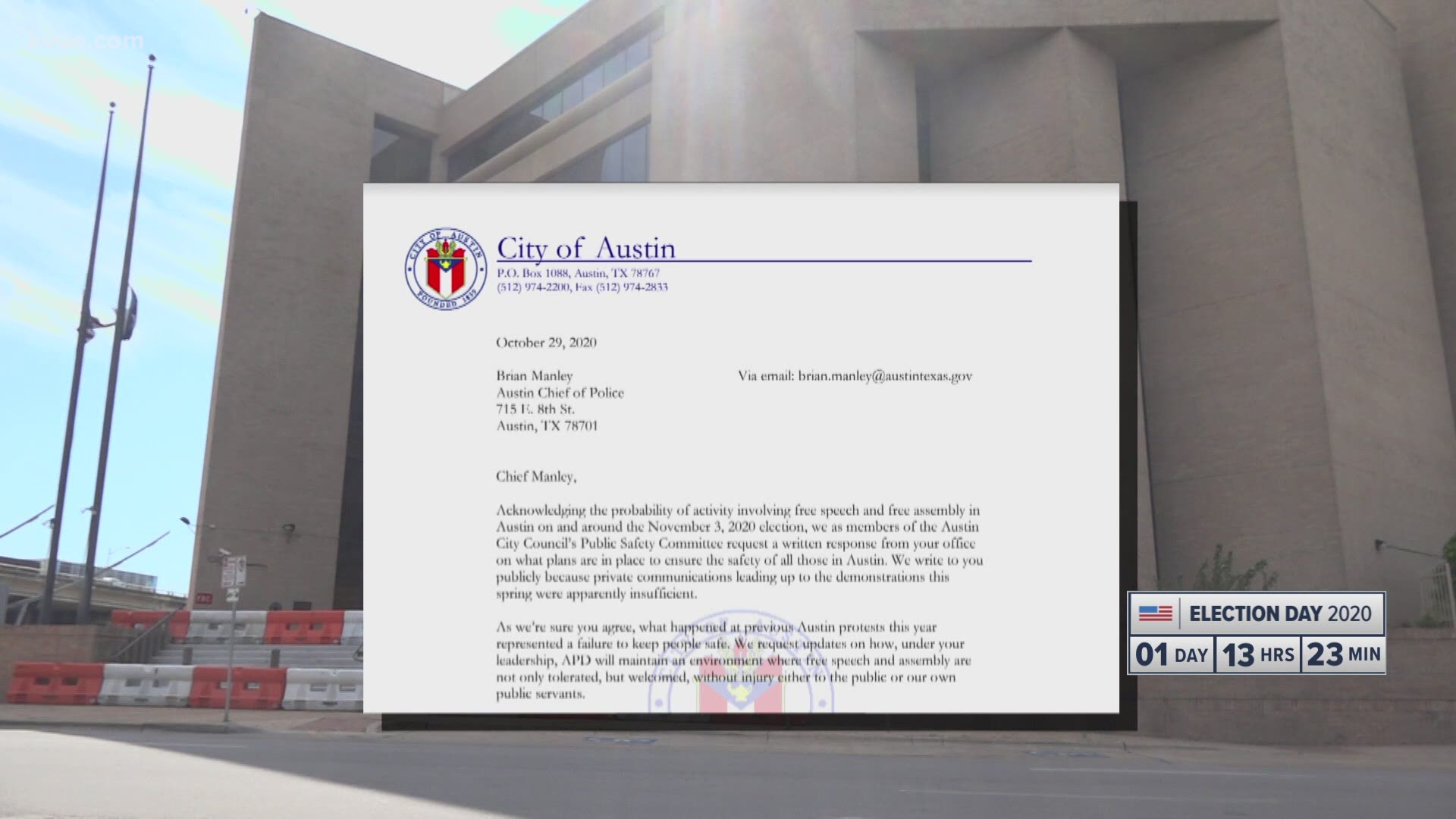 AUSTIN, Texas — Over 93 million Americans voted early, and many states like Texas have reported a record-breaking early voting turnout.

"I know it's going to be a close race," said Jen Planas. "You never know, especially what happened four years ago."

Jen Planas, like many others, is passionate about this election – and voter turnout proves it. In Travis County, more people have voted early than in the entire 2016 election.

"There are people that are being aggressive these days," said Planas. "So I am concerned about the aftermath as well."

Planas lives downtown near where protests broke out during the spring and summer against police brutality. And now with all of the negative chatter she's seeing on social media about Election Day, she's getting prepared just in case.

"My dad was telling me to stock up on groceries in case anything happens," said Planas. "So probably going to be doing that later today."

Justin Henderson also lives downtown but said he is optimistic.

"Let's just be prepared for what's, you know, the impossible, because we've all been blindsided by a lot of this and let's continue to help each other out where we can," said Justin Henderson.

A viewer sent us a letter from his downtown apartment complex, Residences at Saltillo, letting residents know they will be increasing courtesy personnel and limiting building access starting Election Day just to be on the safe side.

This week, members of the Austin City Council asked the Austin Police Department for clarity on their public safety plan if protests happen after election day on Nov. 3.

APD's assistant chief said the department has no plans to add additional officers but will be ready if needed, while the Travis County Sheriff's Office public information officer said they will be fully staffed and ready to go.

"We have to realize that we live in this country together, and despite who wins, we need to come together to solve our problems because this pandemic doesn't care about our politics," said Henderson.