USPS will delay controversial policy changes until after the election. 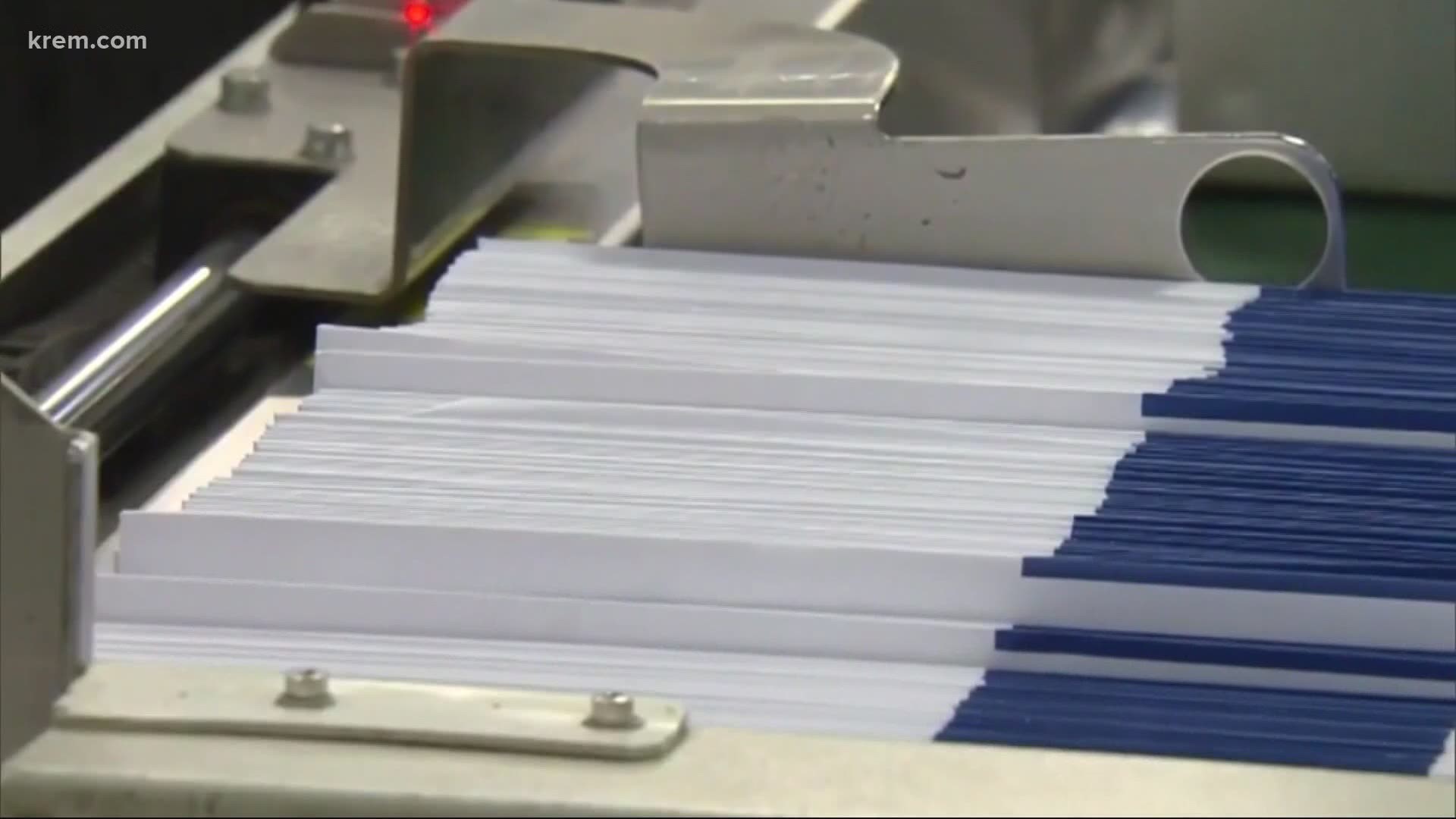 SPOKANE COUNTY, Wash — Spokane postal workers were preparing to process almost all of the mail in Eastern Washington, until a new order came from the United States Postal Service Postmaster General Tuesday afternoon.

They will be stopping initial shut downs of postal service processing facilities, according to Postmaster General Louis DeJoy.

This follows the announcement that Washington state is leading a coalition of states filing lawsuits against the federal government.

Wenatchee, Tacoma and Yakima were three of the national closures, but with the reversal of the USPS suspension, workers are wondering if their offices will stay open.

"The volumes will come up, the parcels are coming too," said Inland Empire Area Local of the American Postal Workers Union President Wanda Emmert. "That's going to make a really big difference."

Spokane was supposed to cover mail from Wenatchee and Yakima, while Seattle covered for the Tacoma plant. Emmert was worried about her team having to take on the excess workload.

But there is good news, according to President of the Wenatchee Local APWU Ryan Harris.

All machine reductions and plant processing changes are on hold, he said. The officers are now scrambling to get their equipment running again.

The postmaster general Louis DeJoy has been under backlash for restricting postal service before a general election.

"Those are top priority," Emmert said. "They are the first thing to run every night across the machinery, so that we can get those out first because we do understand how important the ballots are."

USPS employees did not take lightly to policy changes that would impact mail-in ballots.

"That's not even an option not to get that mail out," she added.

Delivering election mail on time is the agency's number one priority, said DeJoy.

Retail hours at post offices will not change and mail-processing equipment and boxes will remain. No facilities will be closed, and overtime will be approved "as needed," he said.

"I like to see that the attention is on the post office because of some of the things that have come from the headquarters level," said Emmert. "So that the public sees that there are people that care about their mail, and that we do want to get the mail out to them on time."