'We need to put up this fight': Postal service supporters rally for funding bill in Spokane

Workers from multiple postal workers' unions rallied in Spokane on Tuesday in support of a new funding bill. 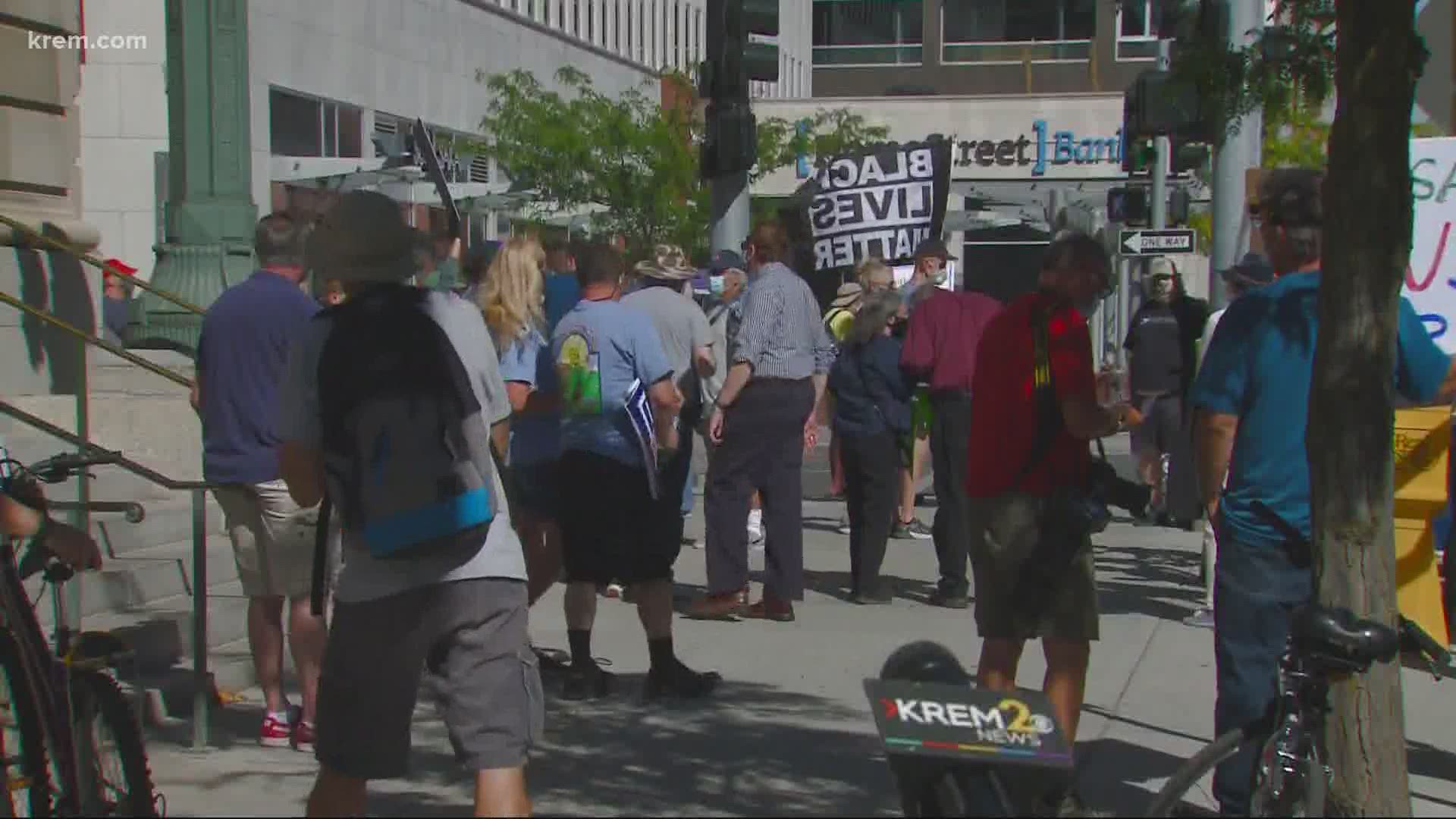 SPOKANE COUNTY, Wash — About 40 Spokane and Coeur d'Alene postal workers rallied outside of the Riverside Post Office on Tuesday to bring awareness to the recent United States Postal Service changes.

The USPS has been struggling financially for years, and with the election coming up, workers are concerned about mail-in voting. There has been a push and pull between USPS executives and their employees, as Postmaster General Louis DeJoy ordered some locations stop operating.

Spokane was supposed to take over managing Wenatchee and Yakima's mail. Those locations received orders to shut down in early August, according to union workers.

Just days later, they were told to remain open. But having to close and then reopen so quickly is causing a struggle in managing equipment.

"By pulling the machines out, or the machines are still there, half the machines [are] gone, so it could never be used again," said the Wenatchee American Postal Worker's President Ryan Harris. "They're not operational."

He is worried that the lack of functioning equipment will impact election ballots.

"They took them apart, and dismantled them," he added. "So, they've lost, each machine is 36,000 letters an hour they've, lost almost 150,000 letters and our processing capability, out of Tacoma."

The United States House of Representatives just passed the Delivering for America Act. The bill stops USPS from making changes to operations, establishes requirements for the processing of election mail, and provides additional funding for the Postal Service Fund.

The bill still has to pass the Senate and and then be signed by President Donald Trump, but some union members are not optimistic about it.

"I am a little concerned about the Senate," said Inland Empire Union President Wanda Emmert. "There are more Republicans in the Senate that in the House."

Republicans do not typically side with the USPS, she said.

"We need this bill to pass and hopefully residents in the area will fight with us, too," she added. "We need to put up this fight."

That bill is the reason postal workers are rallying today – they say they need the $25 billion emergency fund because the money would help protect employees from layoffs, pay for overtime, and new equipment.

"We can't work if we do not have adequate equipment," said Harris.

The Senate has yet to announce when they will be hearing the bill.