Eyman said the idea of the government telling people how to vote is 'pretty offensive.' The first meeting Eyman spoke at did not have a public comment period. 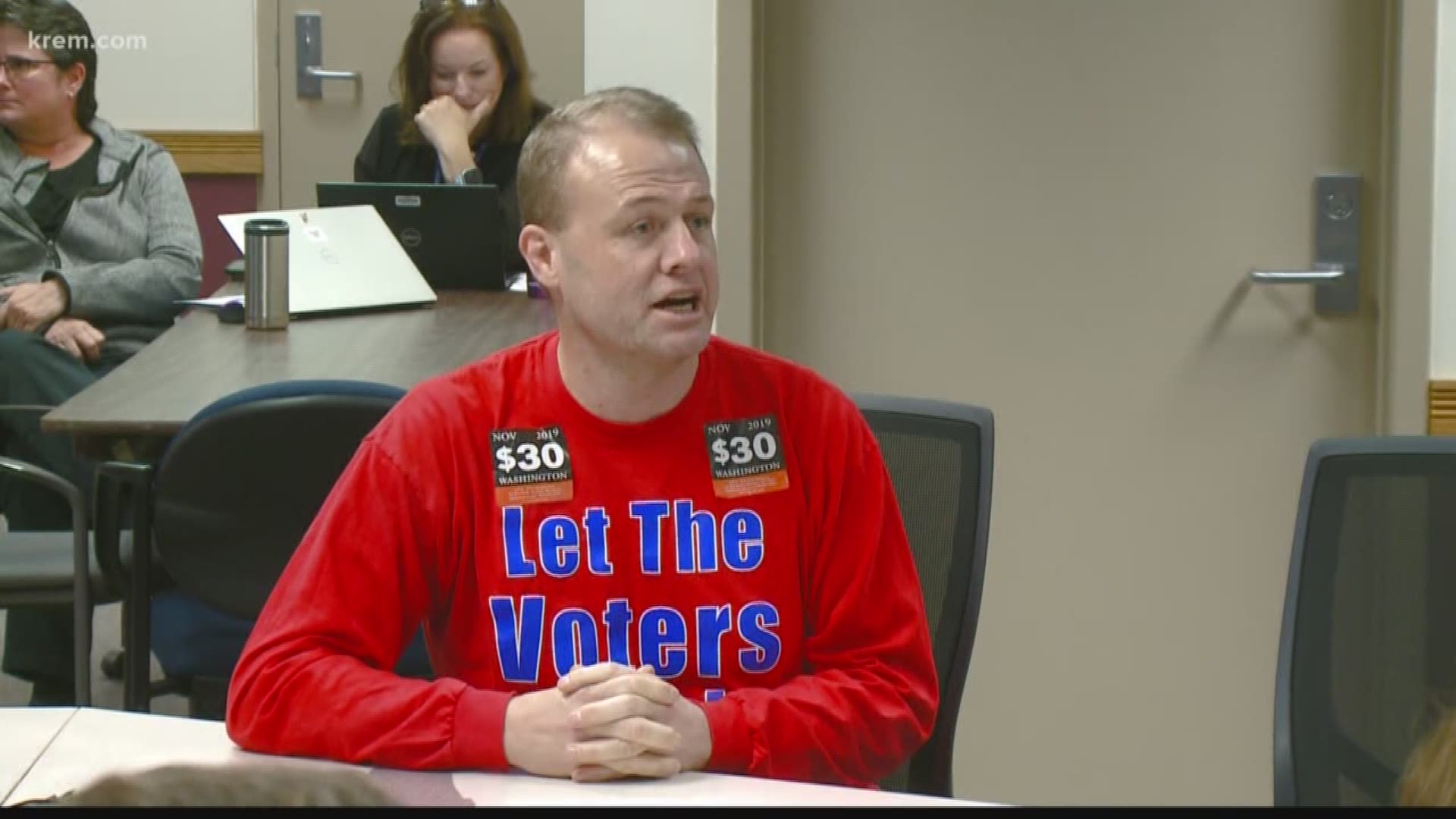 He is the sponsor of Ballot Initiative 976, which would cap car tab fees at $30. He came to Spokane today concerned about a city resolution opposing the initiative.

Eyman sent out email to city of Spokane leaders and the media saying he would be attending three city meetings today.

Prior to the meeting, Eyman held a press conference expressing his concerns with that resolution. He said it is illegal for the government to use tax payer funded resources to oppose a ballot measure.

But he acknowledges a loop hole to this.

"That loop hole has requirements. There has to be notice given, they have to tell the voters they're about to do this, and they have to take public testimony," Eyman said. "I think the whole idea of the government telling people how they should vote is pretty offensive. But the law does require they give notice to the people give them a chance to weigh in on it."

RELATED: What is the 'affirmative action' item on November's ballot in Washington?

According to city attorney Mike Piccolo, it is legal to take action on this type of resolution in open session. That is as long as both sides are given equal chance to speak.

Council President Ben Stuckart, who is sponsoring the resolution, said the committee meeting today was not the time for public comment.

Stuckart said the city has supported and declined to support dozens of statewide initiatives before and during his time on the council.

He even lists Tacoma, Everett and Seattle as cities that already approved their own resolutions opposing Eyman's initiative.

Stuckart said the city does this in hopes of educating voters on these measures.

"I hope it's public education for the people that watch our 6 p.m. meetings," Stuckart said. "I hope they get educated about the issue. Because it will gut funding both on public transportation side, the north south freeway side and our residential streets."

Stuckart said that resolution will not be discussed by council until next week. But Eyman plans to attend tonight's council meeting to give his public comment anyway.

The following video is a report on local leaders opposing I-976.