Lawmakers want Washington to be the first state to establish a sweetened beverage tax. 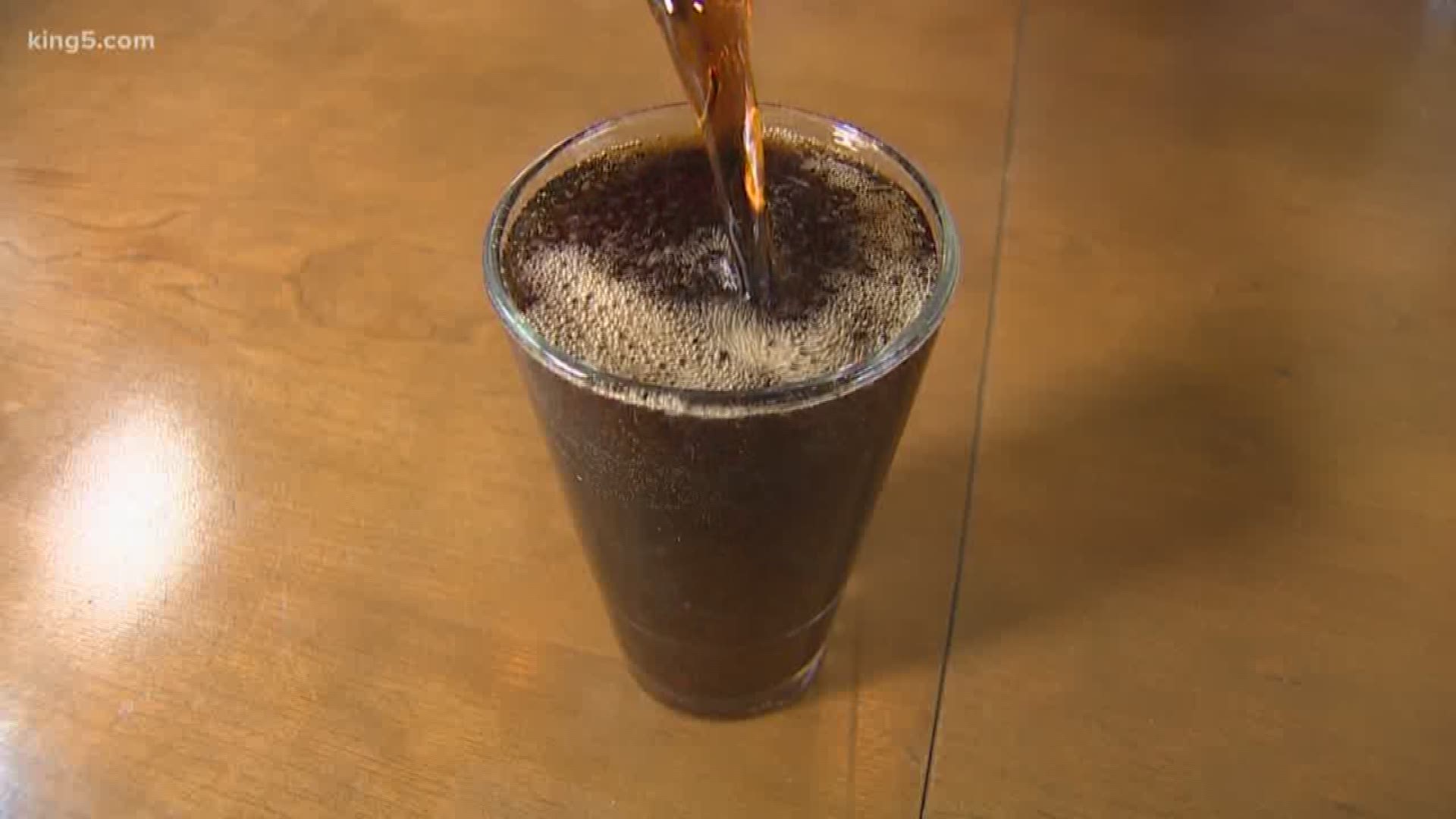 OLYMPIA, Wash. — Your favorite soda, juice and sweetened coffee drinks would likely get more expensive under the latest tax proposal debated in Olympia.

Modeled after a similar ordinance in Seattle, Senate Bill 5371 would charge beverage distributors 1.75 cents for every ounce of a sweetened drink that has more than 20 calories in a 12-ounce serving. That would make a 12-ounce can of regular soda cost an additional 21 cents.

Bill sponsors said, while other cities and communities around the country have similar taxes, Washington would be the first in the nation to establish a statewide tax on sweet drinks.

RELATED: Sugary drinks consumption down in Seattle 1 year after tax is implemented

Funds raised would support public health programs and fund what backers called a “health equity account” for communities of color.

Dr. Ruchi Kapoor, with the American Heart Association, testified in favor of the move, “It's both a tool for improving health outcomes and raising critical funds to invest in communities that have long experienced health inequities."

But lawmakers heard testimony from business owners and grocery, food and beverage industry representatives who say the tax would be bad for business.

“Senate Bill 5371 will add additional costs to my already elevated expenses for my business each month that I simply do not have,” said Brese.

”From what I'm hearing from people all over the state is, ‘Please don't raise the gas tax, please don't institute a capital gains income tax,’” said Orcutt.

He said lawmakers can pass a balanced budget without additional taxes, and without having to make any cuts.

In addition to the sweetened drink tax proposal, Democrats have proposed a new capital gains tax on the state’s top 1% of investment earners.

Another House proposal calls for an 18-cent per gallon increase in gas prices over the next two years.

Speaker of the House, Rep. Laurie Jinkins, said the taxes are needed to address the state's multiple needs, including work on the Interstate Bridge between Vancouver and Portland.

”We have a failing bridge joining Oregon and Washington that we need to move forward on, so that kind of work does not come for free,” said Jinkins, D-Tacoma.

Senate Majority Leader Sen. Andy Billig, D-Spokane, also said the state should be looking at increases on taxes for gas and sweetened beverages.

“In so many areas we have over the last couple of decades funded and run things on the cheap and public health is a great example of that,” said Billig.