The City of Spokane was awarded $890,000 from the state. It will determine if SPD can use those funds for the launchers, which will cost $68,000. 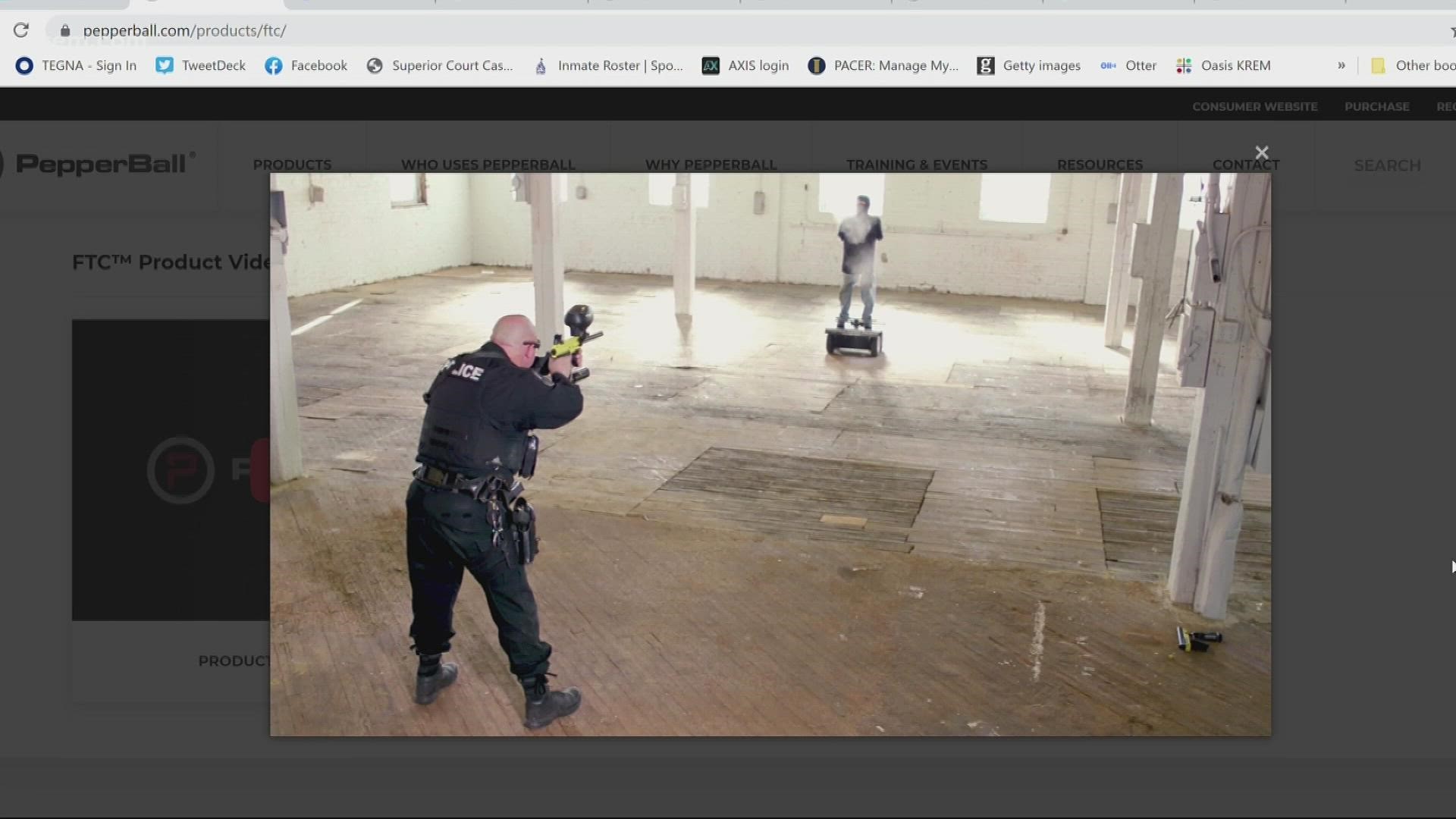 The Spokane City Council voted 6-1 at a meeting on Monday to approve funding for 100 PepperBall launchers and 76 additional ballistic shields.

SPD authorities requested to buy 100 additional PepperBall launchers and another launcher called the F-N 303 to comply with the new reform laws.

The department is required to ask Spokane City Council for permission to use the state allocated funds for Washington Law enforcement agencies for one-time purchases like this. It will cost nearly $68,000 to purchase 100 of them.

The City of Spokane was awarded $890,000 from the state. It determined that SPD can use those funds for the PepperBall launchers.

In the city's Public Safety committee meeting this afternoon, Sgt. Mike McNab explained how the launcher would be used if someone was threatening officers with a knife and refused to put it down.

On Monday, Sgt. Mike McNab shared with the Public Safety Committee if these launchers have ever critically injured someone.

"So the PepperBall, no, but the FN 303. Yes, that was deployed, I think it was back in the Midwest during a civil disturbance. And the person was struck in the eye. And that was a tragic event. I don't have all the details on it," McNab said.

Sgt. McNab says any Spokane police officer who uses this device would stay away from the head and neck. They would only aim for large muscle mass areas where PepperBall projectile would only cause bruising.

Sgt. McNabb told the Public Safety committee that the department wants to have a PepperBall launcher in every patrol car.