Amid heightened concerns about political violence, the Spokane City Council adopted a new code making certain armed activity a misdemeanor in the city. 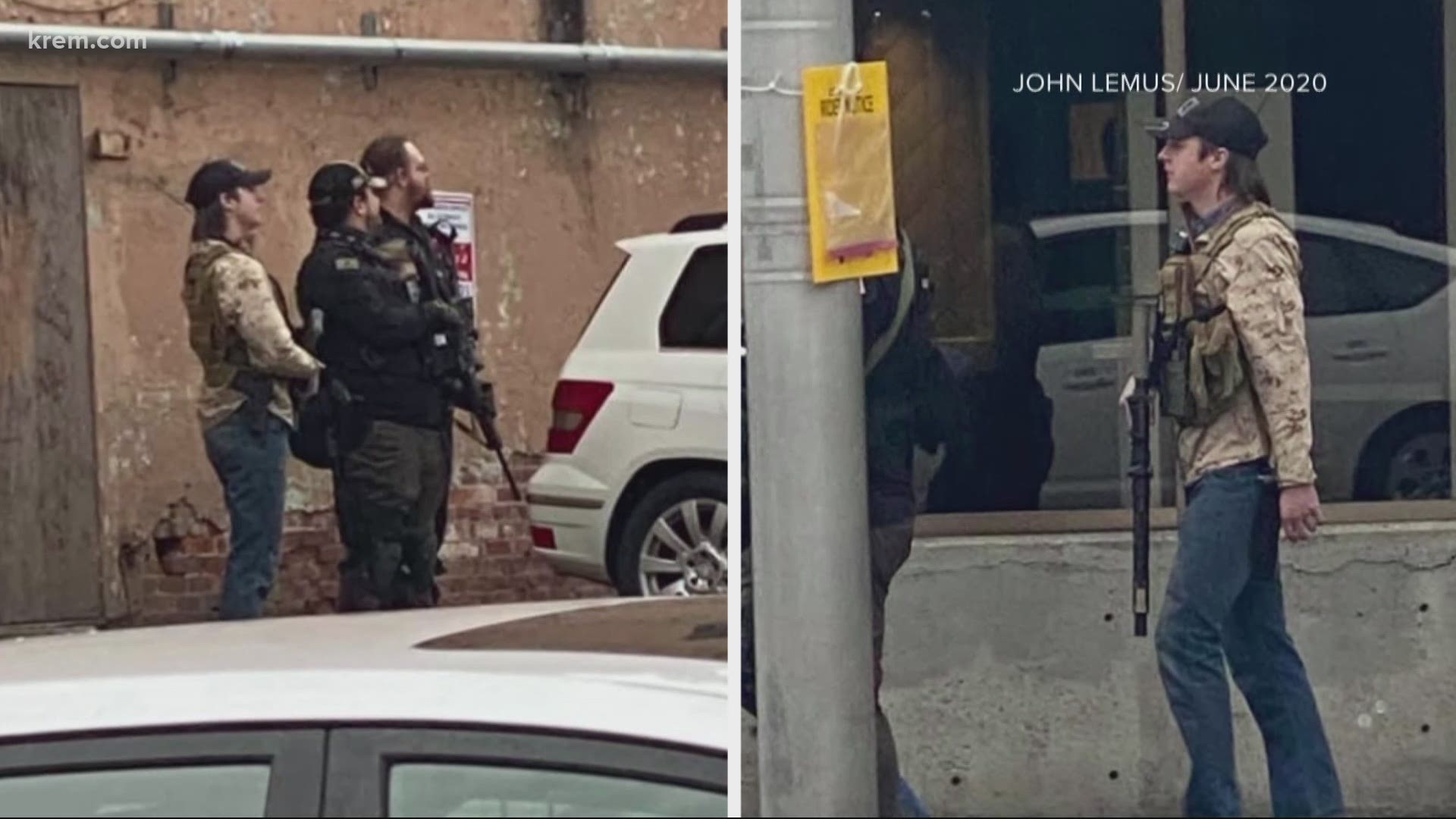 The move was designed to deter militias from patrolling the streets, a concern that began with protests last summer and was heightened by recent political violence at the U.S. Capitol.

"Rather than be reactive, I'd rather be proactive and anticipate so that we're not caught off guard," said City Council Member Lori Kinnear.

The ordinance simply takes an existing state law and makes it city law as well. That law states in part that "no organized body other than the recognized militia organizations of this state… shall associate themselves together as a military company or organize or parade in public with firearms."

But if it's already state law, why make it city law, too? It's in part because the person in charge of prosecuting the state law in Spokane, County Prosecutor Larry Haskell, has said doing so is all but impossible.

He's raised concerns about how difficult it can be to determine that a group of people counts as an "unrecognized militia" and how especially hard that is to do without violating their rights.

Given Haskell's office is unlikely to prosecute, council via this ordinance decided to essentially allow city prosecutors to take the reigns in doing so instead.

Still, the law can be ambiguous to the people actually making the arrests in the first place. The Spokane Police Department has said there are usually more straightforward ways of keeping armed groups in check.

"There are lots and lots of laws on the books that are available to us, that we can use and enforce to stop people from committing crimes once they begin to do so, once they break laws," said Spokane Police Sgt. Terry Preuninger. "So in regards to this [law] specifically, we've never used it and I have not seen anything at this point that would indicate a necessity for it, because if people were to begin to break the law, again we will enforce those laws and take action and stop that behavior."

Council member Lori Kinnear said she will meet with Chief Craig Meidl to help reduce that ambiguity, another reason passing the ordinance at the city level is helpful.

"I think it's very important to have this on the books right now," Kinnear said. "I think it sends a message. I think it shows that we're united against this type of behavior, and we're not going to tolerate our community being intimidated."