Crago resigned from the role of City Administrator in September 2020 following a discussion with Woodward and did not submit a resignation letter. 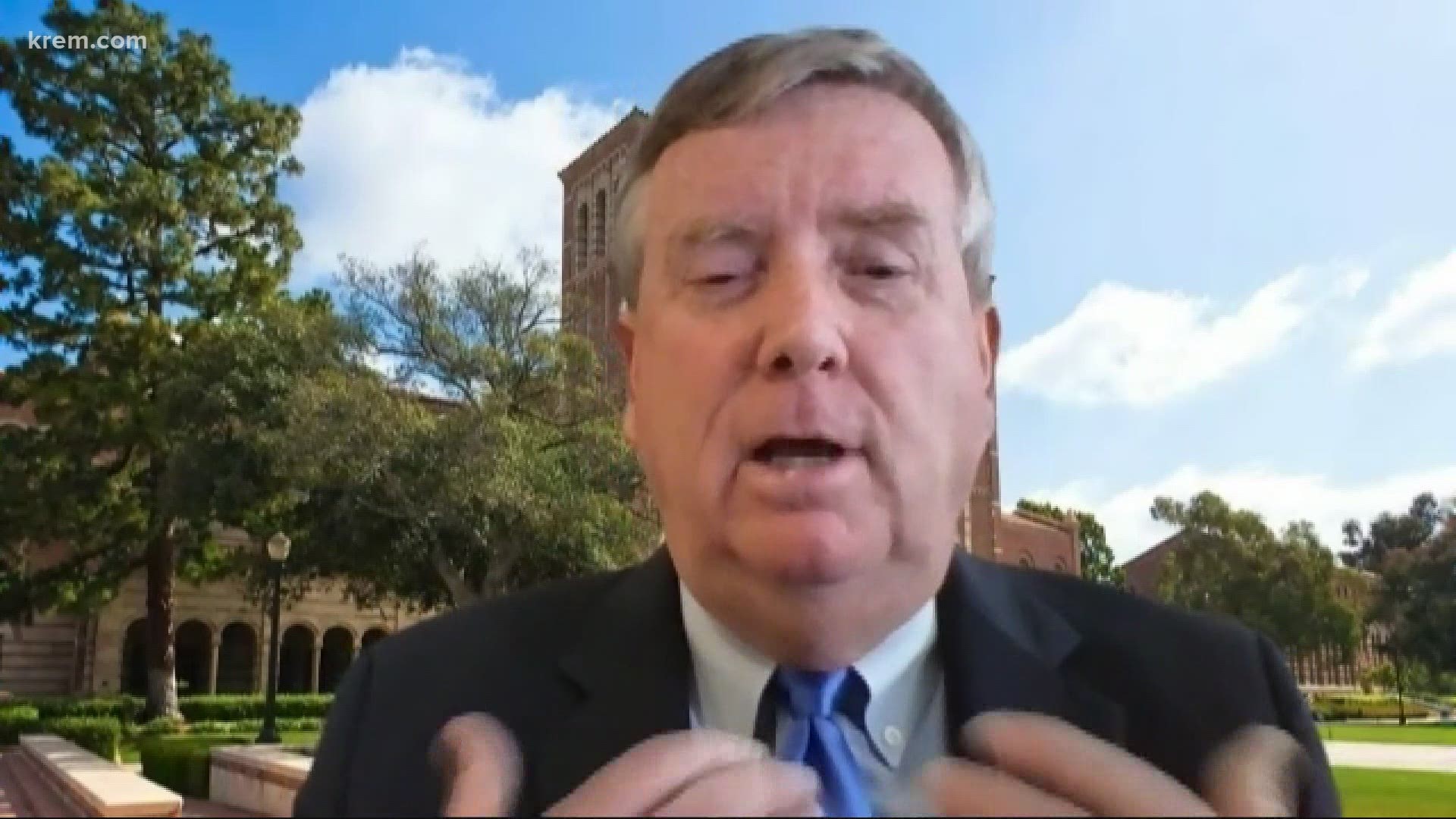 SPOKANE, Wash. — After the resignation of Wes Crago in September 2020, Mayor Nadine Woodward has named a new Spokane City Administrator.

Johnnie Perkins, who served as deputy chief operating officer and director of environmental services for the City of San Diego over the past five years, will serve in the role beginning April 12, city spokesperson Brian Coddington said. Perkins also has more than a decade of experience as an executive for two solid waste companies.

Crago resigned from the role of City Administrator following a discussion with Woodward and did not submit a resignation letter, Coddington said in September 2020. Coddington previously released a statement, saying Crago's "heart is with smaller towns."

Crago was making an annual salary of $152,946. He was not under contract, Coddington said. Scott Simmons, Spokane's Public Works Director, stepped in as City Administrator while leaders searched for a permanent replacement.

Woodward said in a prepared statement that Perkins' "combination of executive level experience with large organizations and reputation for establishing and growing relationships set him apart."

“Those are important qualities I was searching for in our chief administrative officer," she added.

He has also served as a special assistant to the chief of staff for a governor, assistant to the attorney general in California and as chief of staff to a San Diego city councilmember. Perkins also spent more than 11 years as an executive vice president and a director for two solid waste disposal companies. He also has experience working with labor groups and negotiating labor agreements.

“Spokane is a place that aligns well with my professional and personal interests,” said Perkins, who has family in the area. “My career, whether in the public or private sector, has been about enhancing customer service and satisfaction with the goal that we exceed expectations.”