Nadine Woodward was criticized after saying the video showed that homeless people were making the downtown library unsafe. 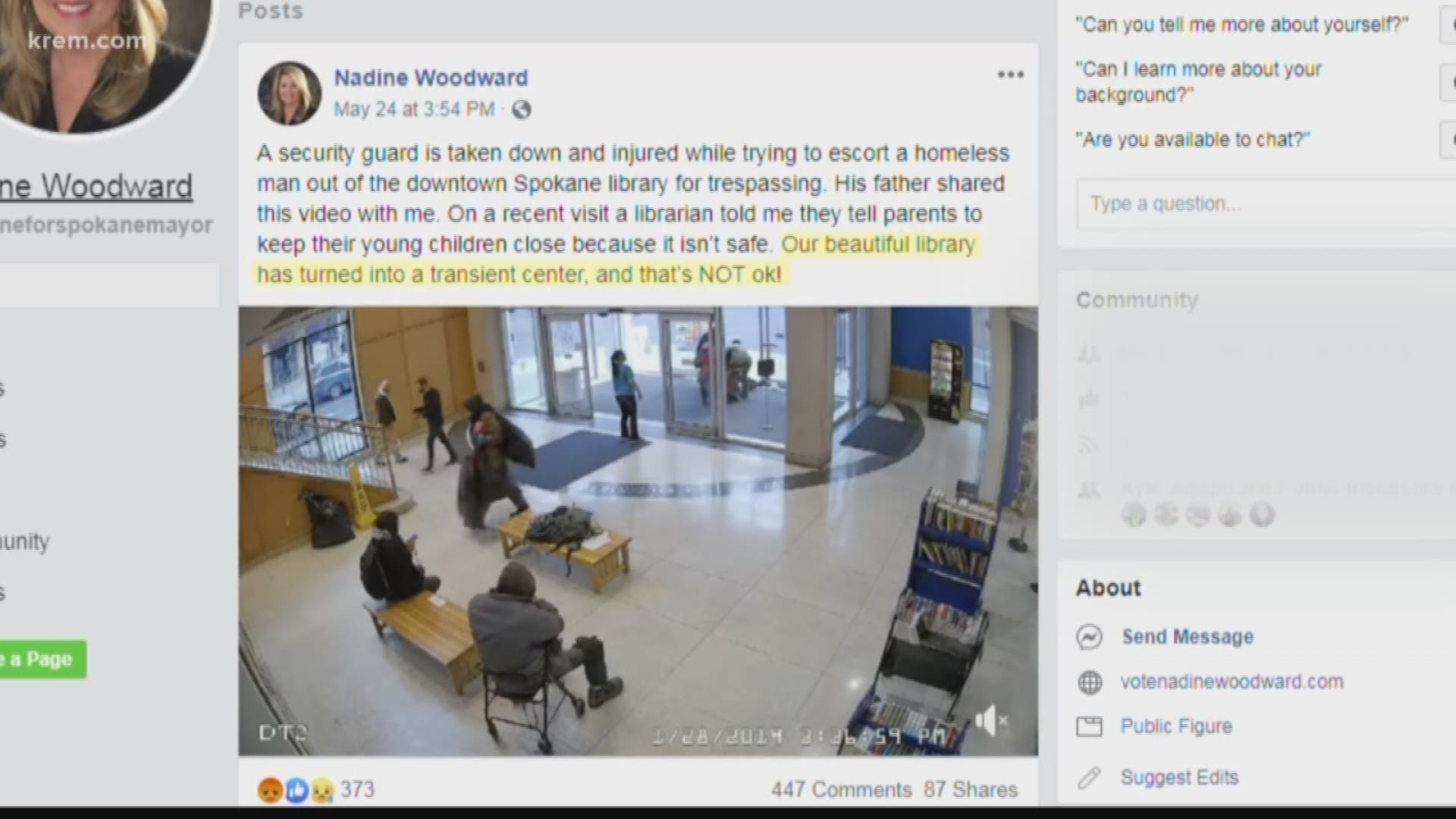 Spokane mayoral candidate Nadine Woodward has ignited a debate within the  community after sharing a video on Facebook.

She shared a video depicting a fight at the library between a security guard and another man, whom Woodward suggested was homeless.

In the video, a guard appears to tell the man to leave before shoving him. The man responds by taking swings at the guard. The guard grabs at the man, who then tackles the guard to the ground.

Onlookers intervene and the man walks away, but the guard chases after him and appears to instigate a new altercation.

In her post, Woodward said she obtained the video from the guard's father and wrote, "Our beautiful library has turned into a transient center, and that’s not ok!"

Over the weekend, the post attracted a great deal of attention — some positive and negative.

First, we do not actually know that the man in the video is homeless.

Second, many commenters on Facebook pointed out the guard appeared to escalate the situation by making the first physical contact.

Third, numerous replies and comments accusing Woodward of playing up one incident for political gain.

One commenter said, "This isn't solutions, it's fear mongering."

Others asked for specific proposals from Woodward.

"I have yet to hear how you would improve this situation," they wrote.

Still, some online did appreciate Woodward's post, with one saying "this is getting so out of control."

Library staff told KREM 2 that incidents like this are extremely rare.

"It does not happen often. It's a very isolated event," said the downtown library's community engagement manager Jason Johnson.

Johnson also noted that homelessness is not necessarily the cause of the incidents that do occur.

"We have incidents with people of all walks in our library," he said. "There's people that violate our code of conduct that probably make more money than I do."

Other mayoral candidates also responded to Woodward's comments, saying safety is also a concern of theirs but that her post goes too far.

"We've invested a lot of our community in the libraries, and to make people feel scared to come to their community library isn't responsible," said current Spokane City Council president Ben Stuckart.

Kelly Cruz told KREM 2 he shares concerns about fights happening downtown but he's not sure if that means the library is inherently unsafe.

Jonathan Bingle, Poole and Woodward did not respond to requests for interview.

In a new post on Monday afternoon, Woodward responded to the backlash.

"This isn't about fear. It's about reality," she said, adding later, "Spokane's residents can help the needy, and feel safe downtown."

RELATED: Follow the money; how Spokane mayoral candidates stack up 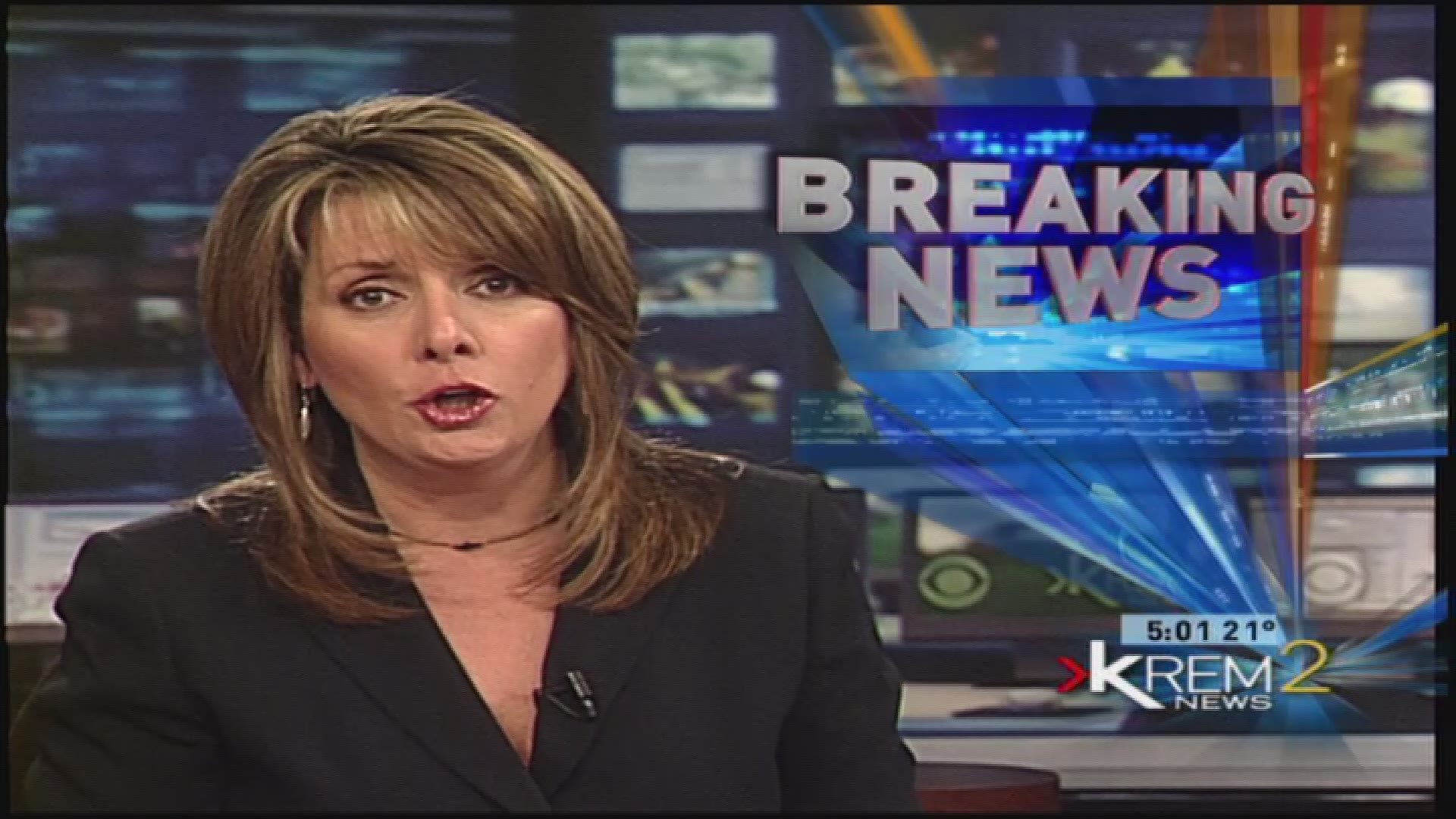