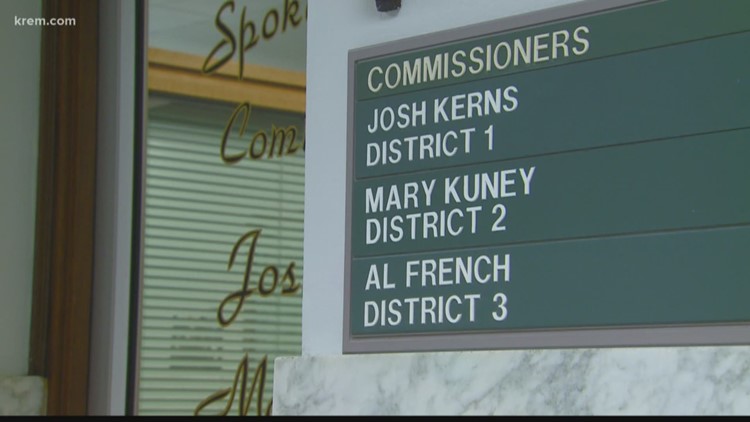 Spokane County may have to add two more commissioners after new Wash. law

It means they may have to increase the number of commissioners from three to five.

Last year, the Washington state legislature passed a law requiring non-charter counties with a population of more than 400,000 people to increase the number of elected county commissioners from three to five members.

But Spokane County Commissioner Al French said this state law is unconstitutional, and Spokane voters already rejected an increase in commissioners in 2015.

"This legislation ignores the will of the voters who, in 2015, voted at 55 percent that they want to stay with three commissioners," French said. "They had the option of going to five, but said overwhelmingly that we don't want to do that."

State Representative Marcus Riccelli sponsored the legislation. He said voters rejected Proposition 1 because of how redistricting would have been handled.

"It did not have a redistricting commission," Riccelli said. "It basically said two county commissioners would draw the lines of the districts of the five. I think a lot of people had a problem with that."

Commissioner French said this would cost the county money it doesn't have to create the two additional commissioner seats. He adds this legislation may be a strategy state lawmakers are using for personal benefit if they decide to run for county office in the future.

When asked if this could be a step in addressing Spokane's growing population, Commissioner French said, "Well, if everything thing is going well with three commissioners, why would you want to change it?"

Representative Riccelli believes because Spokane is growing that its become more necessary to improve citizen representation.

The Washington State Association of Counties and Spokane County challenged the legislation. But last week, a superior court judge ruled against their lawsuit.

Commissioner French said they plan to take their case to state supreme court. But currently, there is no telling when that ruling will take place.

The below video is the entire interview with Commissioner Al French.