'We expect you to find another location': South Hill residents and leaders meet over potential Hamblen water tower

The City of Spokane is considering the location as the new home of a high water system that can carry two million gallons. 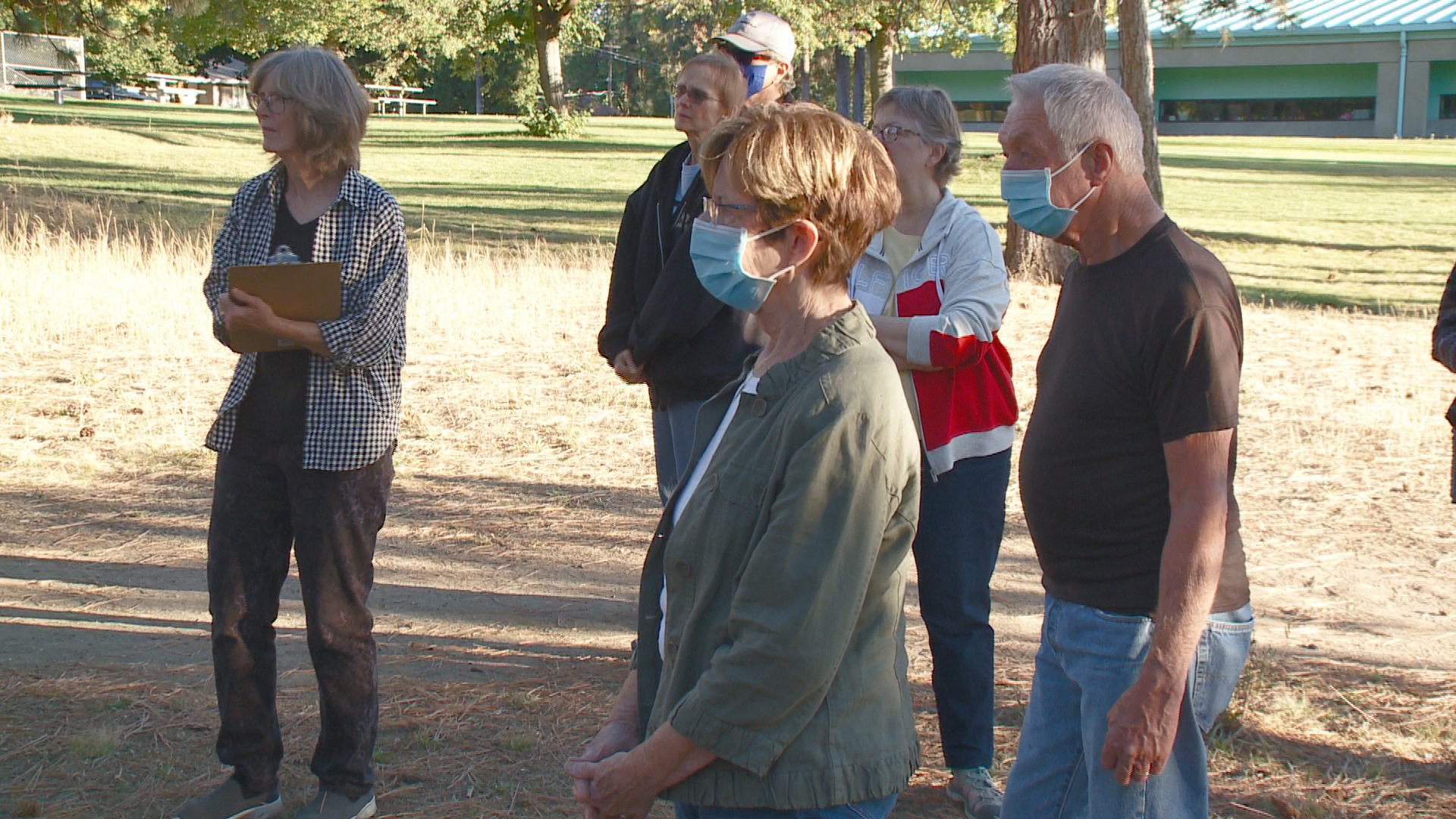 SPOKANE, Wash. — A new water tower has been causing concern for families on Spokane's South Hill for years now, but residents met with City of Spokane officials Thursday evening to express their thoughts.

The City said the South Hill and Lincoln Heights areas need a new reservoir for water. The City has three locations in mind: one at 31st and Napa, the 37th avenue reservoir site and Hamblen Elementary's park.

Neighbors believe the project would take away one of their most valuable resources in the area. City engineers feel it would be the perfect location for a new high water system that can carry two million gallons.

"My biggest concern is the impact on the children who go to school here, but even more so on the loss of the natural environment," community member Merri Hartse said.

Hartsy and about 20 others listed numerous reasons why the location is "bad for the area." The most shared were losing the park, the aesthetics for both children and the homeowners and safety for kids. One parent worried that the tank may break and gallons of water would fall on the children, another said kids may try to climb the tower and fall.

"We expect you to find another location," another neighbor said.

The city says this new water tank makes sure that there is water for fire protection, for drinking, indoor household uses like showering and irrigation for residents on the South Hill. Hamblen Park fits location requirements to build the water tank. It has mostly flat ground, sits near the center of a pressure zone and it's within six blocks of a transmission main.

"It is a needed tank in the system to provide for fire flow and drinking water to the system, but we appreciate the community coming outside," City spokesperson Brian Coddington said. "This is part of our communication process."

Coddington assured the community that he was listening to their complaints and would share them with Spokane Mayor Nadine Woodward.

The City said a decision could be made as early as this fall.

The organizers are leading the group to the potential location at Hamblen Elementary’s park. @KREM2 pic.twitter.com/6cyLnzTusS