The bill proposes that spending would be directed towards things such as Highway Infrastructure Programs and waterway improvements among others. 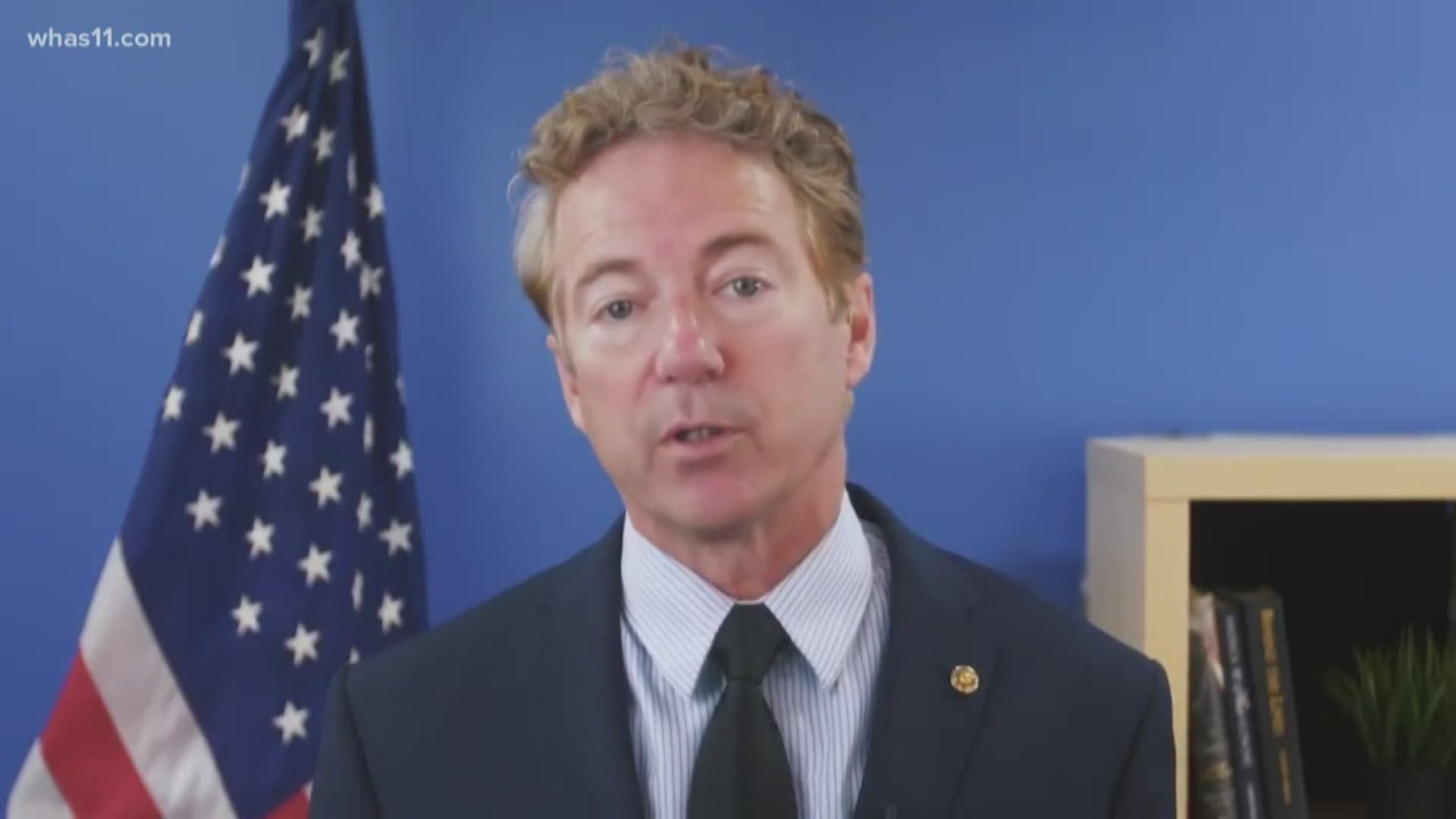 According to a press release from Sen. Paul, the bill would provide $12.3 billion for 2020 for new infrastructure spending, and it doesn’t touch Medicare, Medicaid, or Social Security.

“Kentuckians shouldn’t pay the price for a Congress that doesn’t know how to prioritize funding for our nation’s most dire needs over less immediately important ones,” said Paul. “My plan would ensure more of your hard-earned tax dollars are allocated to infrastructure projects right here in your communities, not sent overseas or spent on wasteful programs.”

According to the press release, based on some estimates, this new funding alone could pay for between 2,500 and 6,200 miles of new 4-lane highways, 2,200 miles of 6-lane interstates, or resurface nearly 20,000 miles of existing 4-lane roads.

Make it easy to keep up-to-date with more stories like this. Download the WHAS11 News app now. For Apple or Android users.