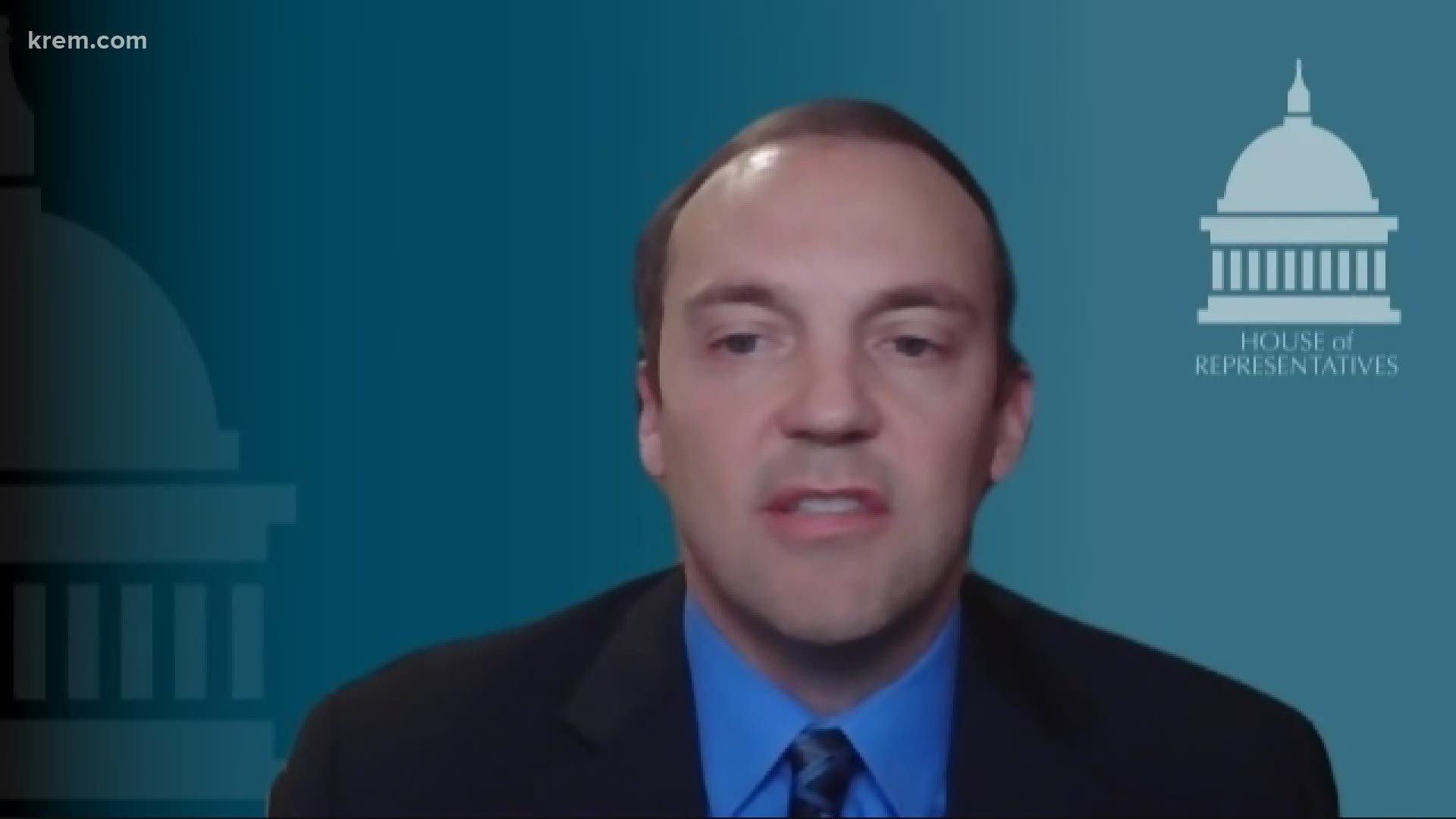 Rep. Marcus Riccelli (D-Spokane) tweeted harsh criticism of Rep. Rodgers (R-Wash.) following her announcement she would raise formal objections to the count of the electoral vote.

That count took place beginning Wednesday morning. It's ordinarily a mere formality but this year it was tinged by politics.

"The voters, the courts, and the states have all spoken," said Senate Majority Leader Mitch McConnell (R-Ky.) in a floor speech. "They've all spoken. If we overrule them, it would damage our republic forever."

But McMorris Rodgers did not refuse, initially siding with Trump.

In a statement Tuesday night she said in part, "I will support the objections to Electoral College vote counts in states where there have been allegations of voter fraud and questions raised about the legality of changes to state election law."

Soon after the count began, Trump supporters upset with the outcome of the election stormed the Capitol.

Hours after the chaos began, McMorris Rodgers reversed her position by announcing she would no longer object to the vote count.

A statement read in part, "We must have a peaceful transfer of power. The only reason for my objection was to give voice to the concern that governors and courts unilaterally changed election procedures."

Riccelli said her decisions were unacceptable.

"She chose the path that put Trump over truth. That's put our very democracy at risk," he said.

Over the last two days, KREM has repeatedly requested interviews with the congresswoman. Her office has ignored those requests.

"I think it's too little too late to try and walk it back," he said. "I think the concern I have is that you can't spread baseless claims and fan these flames that challenge our very democracy, and then blame the people the next day that you were inciting."

Riccelli said it doesn't matter that McMorris Rodgers changed her mind eventually, that she had a duty to fight against any attempt to undermine the election.

"As one of her constituents, I'm just utterly disappointed. These types of times call for courageous leadership, not complicit cowardice," he said.