How COVID-19 is affecting the primary election in Spokane County

Ballot-counters are facing unique challenges gearing up for the August 4 election. 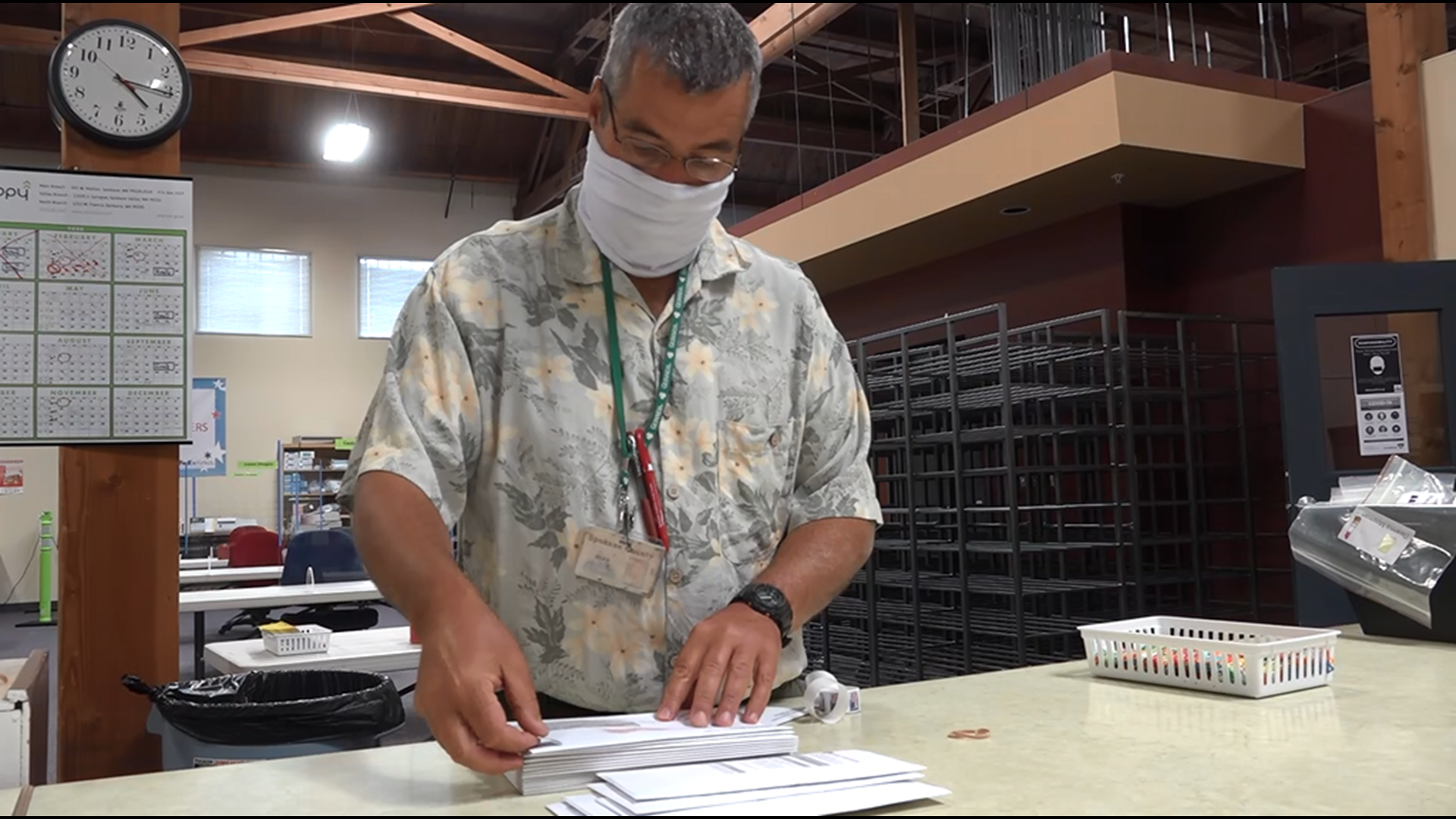 SPOKANE, Wash — The COVID-19 pandemic has forced many elections to go to vote by mail. Washingtonians, of course, have been voting by mail for years, but there still are some changes coming this year to the Spokane elections center.

The most obvious change is that all the workers counting ballots will now have to wear masks; so too will any voters coming to the office. Sanitation has been stepped up as well.

"We have hand sanitizer, we have temperature checks,” said county auditor Vicky Dalton.

But the most notable change is the layout in the elections center.

"The first big challenge is simply just being able to spread our employees out far enough to practice social distancing,” said Dalton. “So right now we are a sea of tables and plexiglass."

However, much of the space ordinarily used to count ballots, won't be available to workers come election day.

Only a handful of voters usually come to the office to vote in person, but Dalton is expecting enough that the small office currently housing those voting stations won't be sufficient. So, they'll be moved to the back room, meaning not as many workers can be counting at once.

"It will slow us down on Tuesday for ballot tabulation,” she said.

That means the numbers might be coming in a little slower. As may the ballots themselves, for another reason.

Underfunding of the United States Postal Service, and new policies from the Trump administration, have caused mail service nationwide to slow down.

Luckily for Washington voters, any ballot postmarked by Tuesday, August 4 will count, meaning it just needs to reach an open post office by election day, not the elections office.

The county will keep counting ballots for two weeks before certifying the election.

"We have more than enough time for envelopes to get here,” said Dalton.

Plus, ballots naturally are a priority to USPS.

"Any absentee or vote by mail envelope is identified with a logo. And this is across the entire United States, not just Washington. So the postal service knows that that's a ballot, and the postal service makes every effort to move that mail faster than anything else,” she said.

RELATED: The 10 congressional seats most likely to flip this November