The city of Spokane has asked for reimbursements for security from many candidates but has not gotten a dime of that money back.
Author: Kaitlin Riordan
Published: 11:52 AM PDT June 14, 2019
Updated: 6:37 PM PDT June 14, 2019

SPOKANE, Wash. — President Donald Trump’s campaign committee owes the city of Spokane more than $65,000 for security provided during a rally on May 7, 2016, according to a report from the Center for Public Integrity.

Spokane probably won’t get reimbursed if history repeats itself.

In October 2018, Vice President Mike Pence visited Spokane. At the time, the city estimated that it cost between $20,000 and $25,000 for extra security from Spokane police. A city spokesperson told KREM 2 that the city has asked for reimbursements for security from many candidates but has not gotten a dime of that money back. 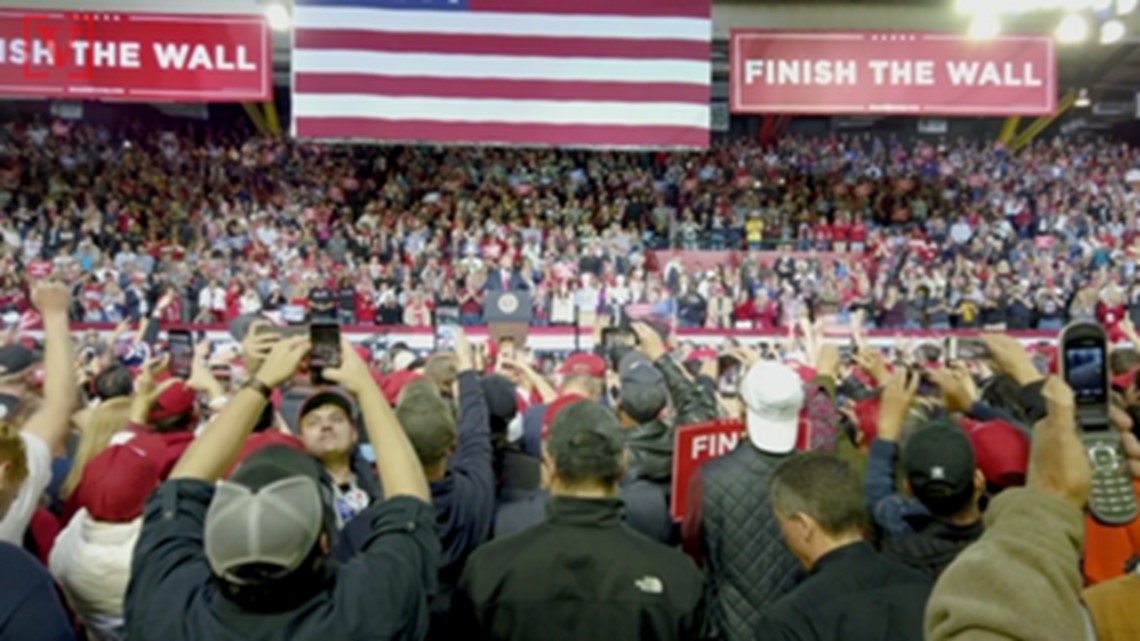 Trump Campaign has Left 10 Cities Holding the Bill for Rally Security: Report
Ten cities across the U.S. are waiting to be paid from President Trump's campaign for providing police security for his rallies. Veuer's Justin Kircher has more.

Secret Service Spokesman Jeffrey Adams told the Center for Public Integrity the organization is not funded to reimburse local police, “and we don’t have a mechanism to do so.”

Another report from the Center for Public Integrity from 2017 found that some presidential candidates do pay their police bills.

“Sen. Ted Cruz, R-Texas, meticulously paid police bills during his run for president in 2016, with then-spokeswoman Catherine Frazier explaining that Cruz put ‘a high value on running an organized campaign.’ Clinton’s 2016 presidential campaign appears to have paid most bills, although federal records provide no evidence that the Clinton campaign ever paid one known bill from Philadelphia,” the report said.