Supporters and opponents are trying to get their message out ahead of the March 9 special election. 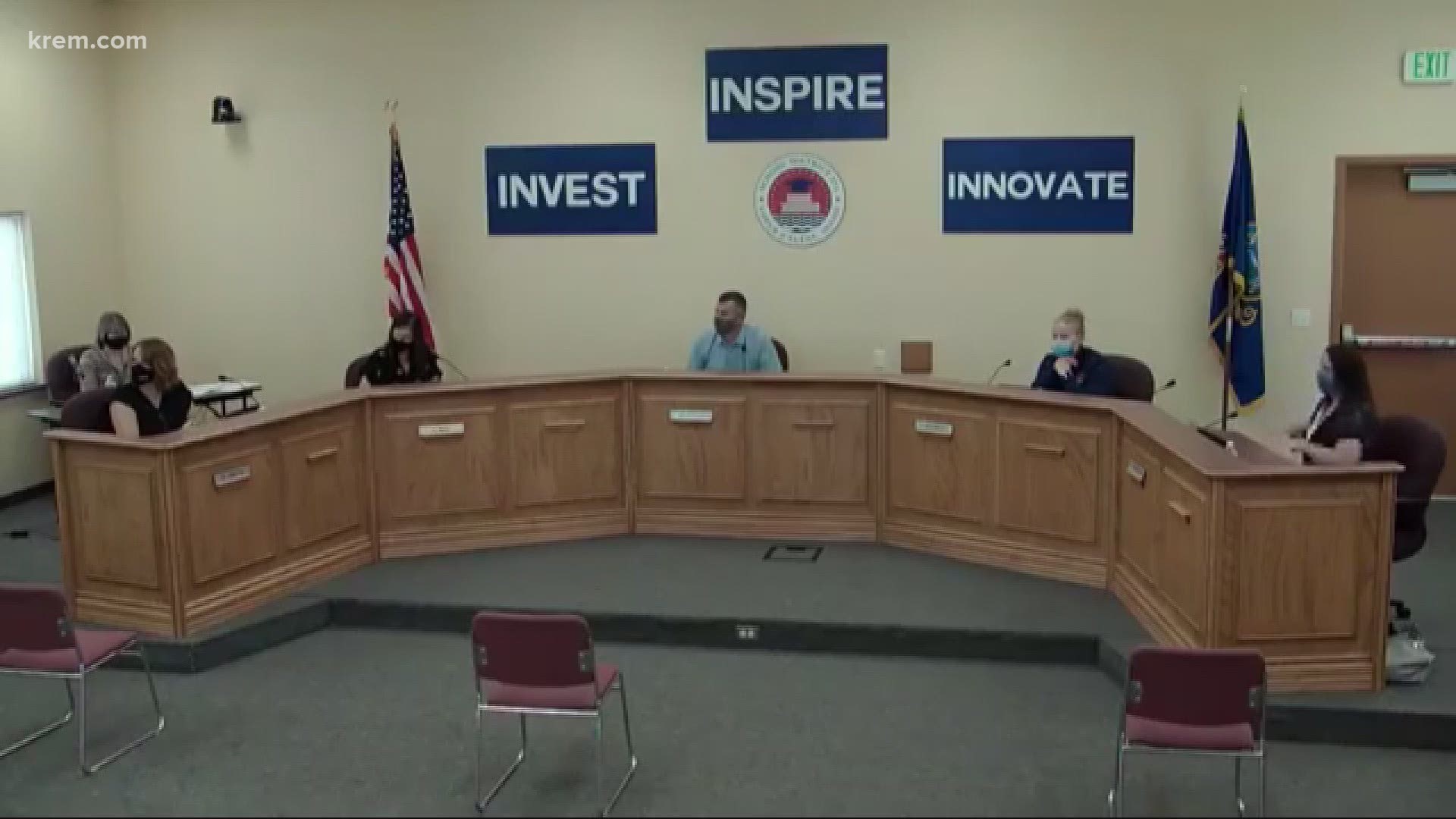 SPOKANE, Wash. — On Tuesday, voters in the Coeur d'Alene school district will vote on whether to approve a levy giving their local schools $40 million in property taxes over the next two years.

Although the amount brought in is the same as the existing, expiring levy, the tax rate people will pay will decrease thanks to an influx of people moving into the district, and rising property values.

The money goes towards nearly every aspect of the school system.

"It's 25 percent of the operating budget. So it would be a really big deal if it didn't pass," said Traci Hanks, who co-chairs Citizens for Coeur d'Alene Public Schools, a pro-levy political committee. "It would be pretty devastating to our kids, to our teachers, to our staff, to our administration, and to our whole community, really."

Supporters like Hanks say the pandemic has made the levy even more important, providing services students desperately need like counseling and school nurses.

"That's a pretty critical thing this year," she said. "We'd like to keep our school nurses in our schools."

But opponents of the levy say the pandemic is actually all the more reason to reject the levy right now.

"I would ask voters tomorrow to just think should we maybe send a message to the schools: if you need more money, we can do that, but maybe this isn't the right time," said Jeremy Morris, a North Idaho lawyer and conservative activist (perhaps best known for a years-long battle over his Christmas light display). "Maybe first you should show us some accountability, number one. Second, maybe asking for this during a pandemic, it's just not the right time for people to do that."

Many conservatives like Morris feel the district isn't spending the money wisely, and many are also upset with how its handled reopening. They feel like rejecting the levy would force the district to listen to their concerns.

"I don't see Republicans out there saying let's really stick it to them, let's really hurt the schools. I think it's the opposite," he said. "It's: let's get schools that are better performing, and what can we do with the schools that we have to make them get to where, for example, charter schools are."

Morris in fact recently filed a lawsuit against the district on behalf of a number of Kootenai County Republicans, though he spoke with KREM in his personal capacity.

The suit alleges that during the November election, Republicans handing out flyers near polling places were unfairly kicked off the school grounds, in violation of their free expression and of state electioneering laws.

Morris generally feels the school board has ignored or shouted down conservative voices, and hopes the suit and anti-levy sentiment could change that. But levy supporters argue that's a dangerous political game.

"Our most at-risk community members and families have suffered greatly, and really depend on school for so many of those services. For their meals, for their health care, for their school nurses, for their mental health care. And just having consistency of adults around them all the time," said Hanks. "So now is not the time at all for this to not pass. It's more important than ever."