Not only is she a grandmother and mother, Wilkerson has also worn countless hats serving the Spokane and Washington state Community. 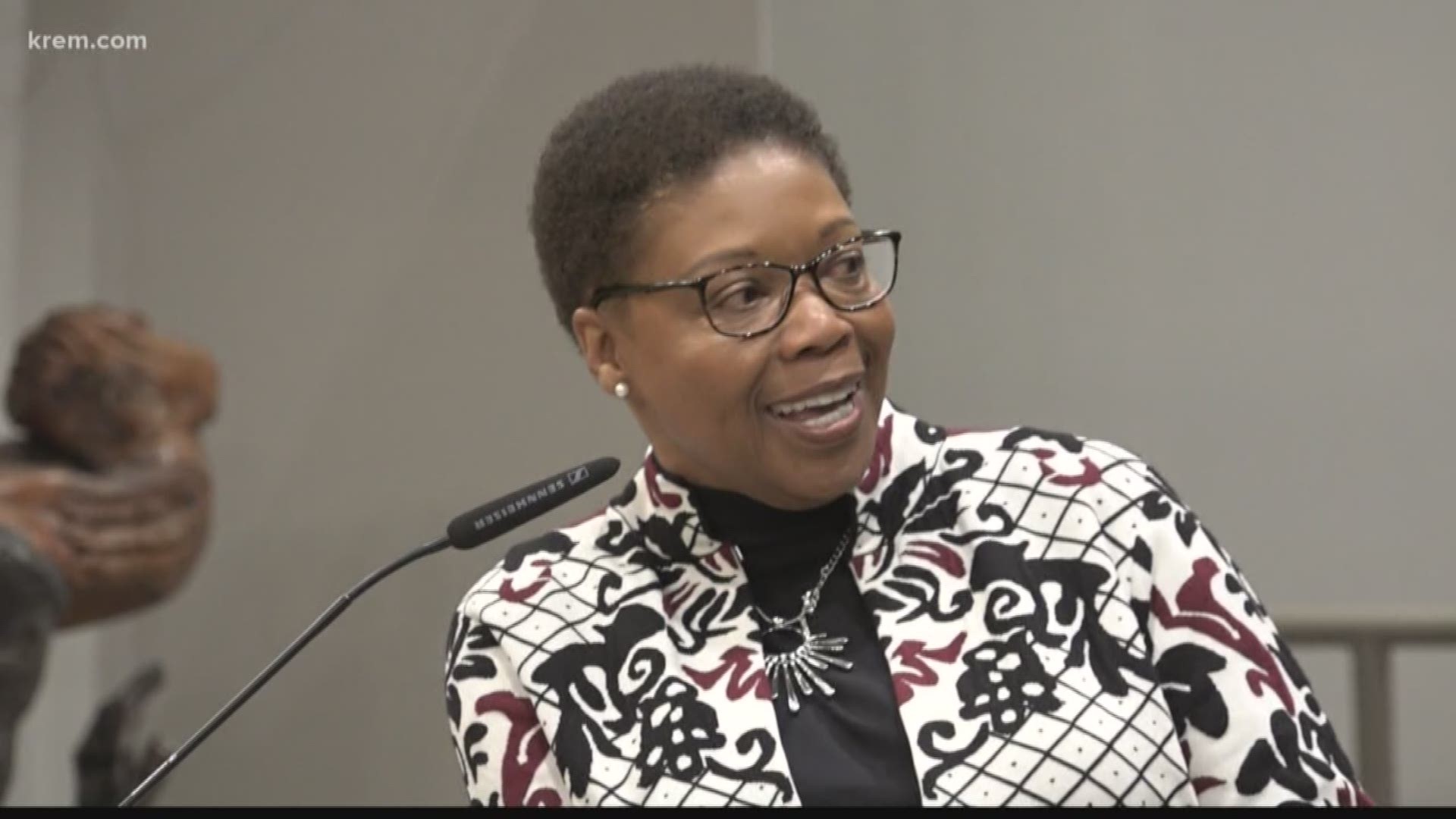 You could say she had three reasons to apply for the job. Her triplet grandchildren

"They would ask me every week--granny are you going to be on city council?" Wilkerson said. "I have to lead for my grandchildren, and truly for other children. Seeing someone looking like you in that position makes you even start to think--it is possible."

Not only is she a grandmother and mother, Wilkerson has also worn countless hats serving the Spokane and Washington state Community.

Her family moved to Spokane from Mississippi in 1963.

They started the Moore's Assisted Living in 1976. And in 1992, Wilkerson became the owner and administrator of the family business.

She's been the past president of the Women Helping Women Fund, Junior league of Spokane, Saint Luke's Community Advisory board, and Board President of the Carl Maxey Center.

"When I commit, I am dedicated," Betsy said.

When the Emmanuel Family Life Center in the Perry district was only an idea, Wilkerson was also there and watched it come to fruition.

For 16 years, she also served under three Washington state Governors on the Commission of Judicial Conduct.

Wilkerson said she is ready to put all she's learned in her years of community service into her new role as council member.

"What I've learned, especially in my non-profit, is balancing the wants and the needs of the people with the resources that are available," Wilkerson said. "That is the opportunity and that's the challenge, knowing that you will not be able to make everyone happy, but with all the information and input we have, we make the best decision we can."

Wilkerson's appointment to city council is also a mark in Spokane's history.

She is Spokane's first African-American woman to serve on city council in 20 years. Before her, was life-long friend, Roberta Greene.

She hopes her presence on the council will spark inspiration.

"I don't think kids of color are really exposed to government service, and it's a great career path," Wilkerson said.

Spokane will spend the next two years getting to know its new council member. But for now, she says all you need to know is, "I'm a pretty straight shooter, I have a quirky sense of humor, and I love Spokane. Spokane has been very good to me and my family."

Wilkerson will be officially sworn in to office this Sunday at Holy Temple Church.

She will finish now Council President Breean Beggs's old term, which runs through 2021. If she wants to hold the seat, she'll have to run in the 2021 election.