'The Democrat party already left you': President Trump kicks off 'Black Voices for Trump' in Atlanta

Trump brought out black business owners who said they benefited from policies, claimed growth in employment and pursued Dems on various policies. 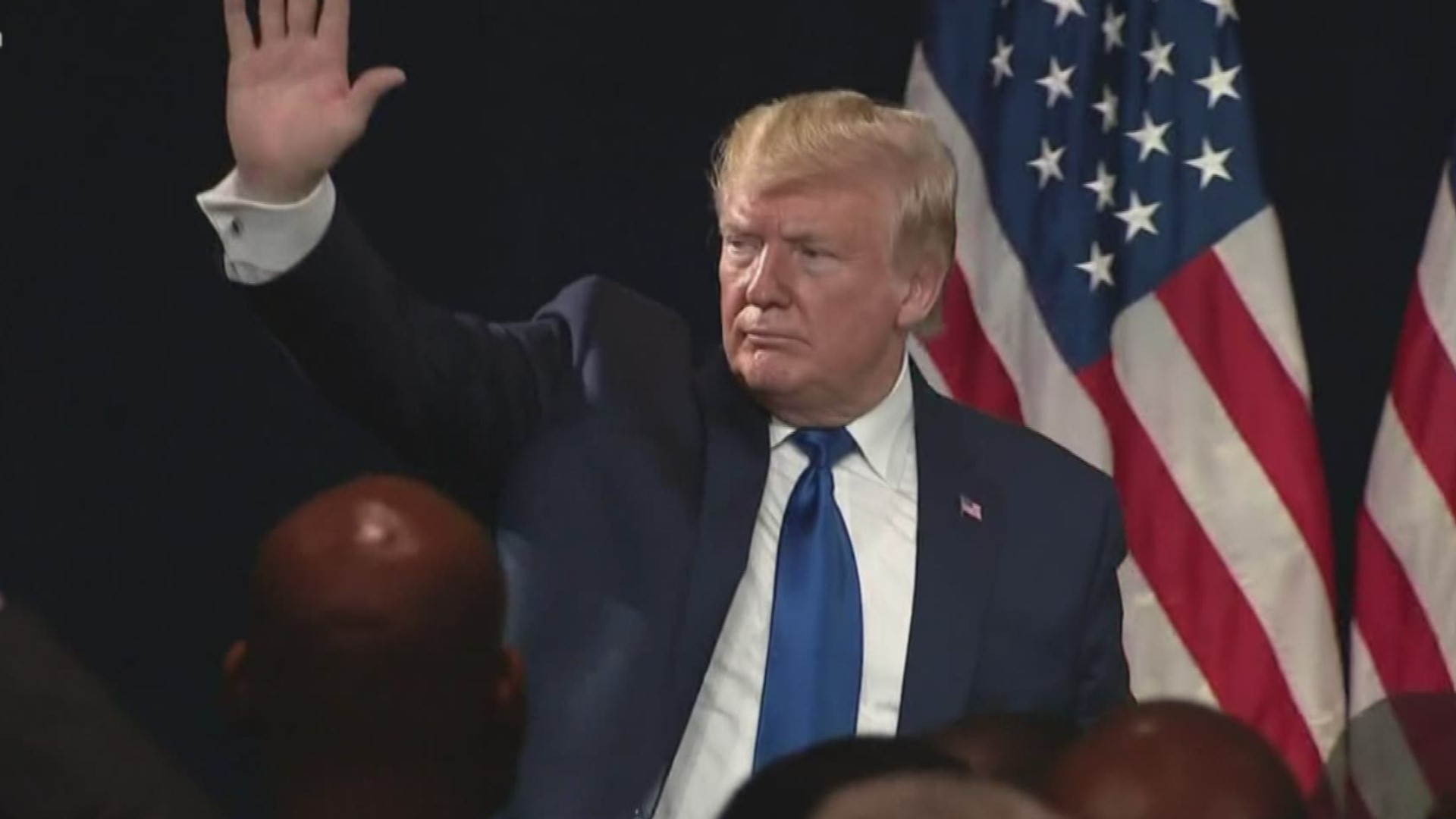 ATLANTA — President Donald Trump doubled down on one of his most well-remembered comments on the campaign trail regarding the African American community, on Friday, during one of two stops in Atlanta.

"When I ran for office three years ago, I looked at the bleak, dismal record of the Democrat Party and asked the African American community, 'What the Hell do you have to lose?'" he said.

The president was in town as part of the launch of a new "Black Voices for Trump" outreach initiative in Atlanta dedicated to "recruiting and activating Black Americans in support of President Trump," the Associated Press reported. During his speech, President Trump gave statistics and numbers that he said proved that he had lived up to campaign promises to raise up the African American community.

"For decades, Democrats have taken African American voters for granted," he said.

He reiterated previous claims that poor living conditions and crime in cities like Detroit were a direct result of Democratic leadership in those communities. He also said that, as a result, America was "waking up to the Democrats record of suffering and neglect."

"It's amazing you've stayed so long, to be honest," he said addressing the crowd.

He added that his administration has cut "job-destroying regulations," passed tax cuts for working families and provided billions of dollars for minority-owned businesses and financing.

RELATED: President Trump in Atlanta: Everything you need to know

Among the businesses highlighted for growing and creating jobs was Cobb County-based Osprey Management run by Kelvin and Janelle King.

He said that his business grew from a bedroom to a 12,000 square foot office building in no small part due to the current administration's accomplishments.

"Our future success depends on our ability to ignore the distractions we see on a daily basis," Kelvin said. "Participate in this economy, take advantage of these policies, don't sit on the sidelines because of emotions or feelings. Get in the game."

King added that he took advantage of VA upgrades as an Air Force veteran as well.

"Thank you for making the black community a priority and thank you for fighting for all Americans," he concluded adding he would vote for Trump in 2020.

Another speaker, addressed only as Paul, said he purchased 275 acres of 400 in an opportunity zone and was growing his business - and just got a contract to help build the new home of the F-35 aircraft in Montgomery, Alabama.

"One hundred percent growth pattern over the last four years," he said. "Expected 200 percent over the next 18 months due to opportunity zones," Paul said.

Trump concluded that he and his son-in-law Jared Kushner also championed criminal justice reform - something he said the opposing party ignored in years past. He touted increasing federal funding for Historically Black Colleges and Universities (HBCUs) by over $100,000 as well.

Immigration - a hot button issue across the country - also came into play with President Trump saying that "Democrats care more about illegal aliens than African Americans or our military or citizens all over the place."

He then claimed that the money spent on the undocumented population would have been enough to "completely rebuild our inner cities, repair our crumbling infrastructure and fix our terrible public schools."

He had 76 bullet wounds from police guns. The DA is asking why